:
Southwest Asia has different climate types including arid, semiarid, Mediterranean, and temperate regions. Due to the complex interactions among components of the Earth system, forecasting precipitation is a difficult task in such large regions. The aim of this paper is to propose a learning approach, based on artificial neural network (ANN) and random forest (RF) algorithms for post-processing the output of forecasting models, in order to provide a multi-model ensemble forecasting of monthly precipitation in southwest Asia. For this purpose, four forecasting models, including GEM-NEMO, NASA-GEOSS2S, CanCM4i, and COLA-RSMAS-CCSM4, included in the North American multi-model ensemble (NMME) project, are considered for the ensemble algorithms. Since each model has nine different lead times, a total of 108 different ANN and RF models are trained for each month of the year. To train the proposed ANN an RF models, the ERA5 reanalysis dataset is employed. To compare the performance of the proposed algorithms, four performance evaluation criteria are calculated for each model. The results indicate that the performance of the ANN and RF post-processing is better than that of the individual NMME models. Moreover, RF outperformed ANN for all lead times and months of the year.
Keywords:
multi-model ensemble; artificial neural network; random forest; precipitation; forecasting; persian gulf

We propose a multi-model ensemble approach for monthly precipitation forecasting in Southwest Asia using the output of four models (GEM-NEMO, NASA-GEOSS2S, CanCM4i, and COLA-RSMAS-CCSM4) from the NMME project. We also need observed precipitation data as a benchmark to compare the forecasts (or, in this case, the hindcasts). In this regard, we use ERA5 data for estimating monthly precipitation. The region of southwest Asia in this paper is contained in the region which is depicted in Figure 1. This region is limited to latitude 22 °N to 42 °N and longitude 39 °E to 70 °E.
Details of the GCMs and their abbreviation are provided in Table 1. The applied spatial resolution in this study is 1° × 1°. The number of members of NEMO, CanCM4i, and CCSM4 is 10, while the number of members of the NASA model is 4. For simplicity, for each of four GCMs, we calculated the average values of all members. Moreover, the number of lead times of NEMO, CanCM4i, and CCSM4 is 12 while the number of lead times of NASA is 9. Thus, we considered the same number of lead times (nine) for all four GCMs. Based on the hindcast period and available data for all four models and also the ERA5 data, the period 1982–2016 was considered for constructing the post-processing model. Data of the four NMME models were downloaded from https://iridl.ldeo.columbia.edu (accessed on 22 January 2022), while the ERA5 data are accessible via https://cds.climate.copernicus.eu (accessed on 22 January 2022). The unit of the amount of precipitation for NMME models was different from the units in the ERA5 data. In preprocessing step, the data were prepared for the post-processing algorithms. No missing data were found in the datasets.

In this section, we use the ability of ANN and RF for monthly forecast of precipitation in Southwest Asia. Based on [28], MLP neural networks, with hidden layers and sigmoid transfer function are universal approximators, and we can use them for regression tasks. Figure 2 depicts a general architecture of a single (hidden) layer perceptron neural network which was considered in this paper.
On the other hand, random forest (RF) is an ensemble method in machine learning that can be used for both classification and regression purposes. The base algorithm in RF is a decision tree (DT). Based on the type of the problem, two different types of DT are available: regression DT and classification DT. Thus, based on the type of DT, we can have RF for regression or classification. For more details about the RF, ANN, and DT, see [29]. In this paper, we used the machine learning toolbox of MATLAB 2018b. A general form of the proposed algorithm is depicted in Figure 3, wherein we will simply replace the ensemble learning algorithm by ANN or RF.
More details about the proposed approach are illustrated in Figure 4. As the figure shows, the proposed algorithm has six inputs and one output. The inputs include the monthly precipitation data of four models from the NMME project, along with the latitude and longitude of the region. In Figure 4, ERA5 data are used to train RF and ANN, and finally the output of the algorithm is an approximation of monthly precipitation.
Suppose that M is the output of the ANN or RF algorithm. Since each climate model generates the forecast data for different lead times, we need to construct a specific post-processing model related to each month and lead time. Suppose that is the output of the i-th NMME model M, for month m and lead time l. We can say that . Also suppose that, is the output of the RF or ANN algorithm for month m, and lead time l. Indeed, is a function of , , latitude, and longitude, as depicted in Figure 4. This function can be defined as follows: wherein contains all data of , (four NMME models), and x and y indicate longitude and latitude, respectively. Furthermore, P indicates the adjustable parameters of RF or ANN. If F indicates the RF, P indicates the adjustable parameters of RF (for example the number of decision trees in the RF algorithm). If F indicates the ANN algorithm, P indicates the weights of input, hidden, and output layers of the ANN algorithm. The optimal values of P (which will be indicated by ) will be obtained for the training period. For a seasonal forecast, we do not need to provide separate RF and ANN algorithms. The monthly results of three consecutive months can be aggregated for the seasonal forecast of three months.
For selecting the correct initial months for each month for which the prediction is made, see Table 2. An example is provided in Table 3 for a situation which we have four lead times. This table indicates the correct month number for different initial months.
To compare the performance of the models, the values of the correlation coefficient, root mean squared error (RMSE), Kling–Gupta efficiency (KGE), and Nash–Sutcliffe efficiency (NSE) can be calculated as follows: wherein M and O indicate the values of the model and observation, respectively. Furthermore, and denote the mean values of corresponding values. The can be calculated as follows:
Kling–Gupta efficiency (KGE) is defined as follows (see [30]): wherein indicates the standard deviation. The maximum value of KGE is 1 which indicates perfect agreement between the model output and observations. Finally, the (Nash–Sutcliffe efficiency) is calculated as follows ([31]):
Similar to KGE, the maximum value of NSE is 1 which indicates perfect agreement between model output and observations.
For tuning the hyperparameters of the ANN and RF algorithms, we used an empirical approach. We examined several values for each hyperparameter and selected the best case. For example, to determine the best value for the number of decision trees in the RF, we examined the values 20, 40, 60, …, 200. The best performance of RF was achieved for the number of trees equal to 100. As another example, for the number of neurons in the hidden layer of the ANN, we examined the values 3, 6, 9, …, 21. The best performance of ANN (considering the RMSE, KGE, NSE, and the correlation coefficient) was achieved for the number of neurons equal to 15. It must be noted that using more (less) neurons or more (less) DTs may cause overfitting (underfitting).

In this paper, a multi-model ensemble approach was proposed for the monthly forecasting of precipitation using ANN and RF algorithms for southwest Asia. For this purpose, the outputs of four NMME models GEM-NEMO, NASA-GEOSS2S, CanCM4i, and COLA-RSMAS-CCSM4 were post-processed using the ERA5 data as a reference. The period 1982–2007 was used for learning the ANN and RF, while the data from period 2008–2016 were used for testing the algorithms. Since each model contains of nine different lead time, for each month of year, we had nine different datasets. In this paper, we trained 108 ANN and RF models for each lead time and month separately. Four performance evaluation criteria (root mean squared error (RMS), correlation coefficient, Nash–Sutcliffe efficiency (NSE), and Kling–Gupta efficiency (KGE), were calculated for each of 108 models along with NMME models. The results indicate that, approximately, the output of ANN and RF outperforms the NMME models for all months and lead times. Specifically, RF outperforms the ANN and the other four NMME models for all months and all lead times. The proposed algorithms and approach can be used for monthly forecasting precipitation in southwest Asia, but can also be modified for the monthly forecasting of, e.g., temperature and other variables. Moreover, other machine learning techniques could be applied to improve the accuracy of the proposed multi-model approach. The results of this research show that despite the vastness of the studied area and the different climates contained therein, machine learning methods can be used for post-processing and improving forecasts in a multi-model ensemble approach.

This work was supported in part by the Iran National Science Foundation (INSF) under project number 98028362. L.M.B. was supported by the Helmholtz Association through the research programme Changing Earth—Sustaining our Future.

We thank three anonymous reviewers for reading our paper, and for providing constructive comments that have helped to improve the presentation of our study. 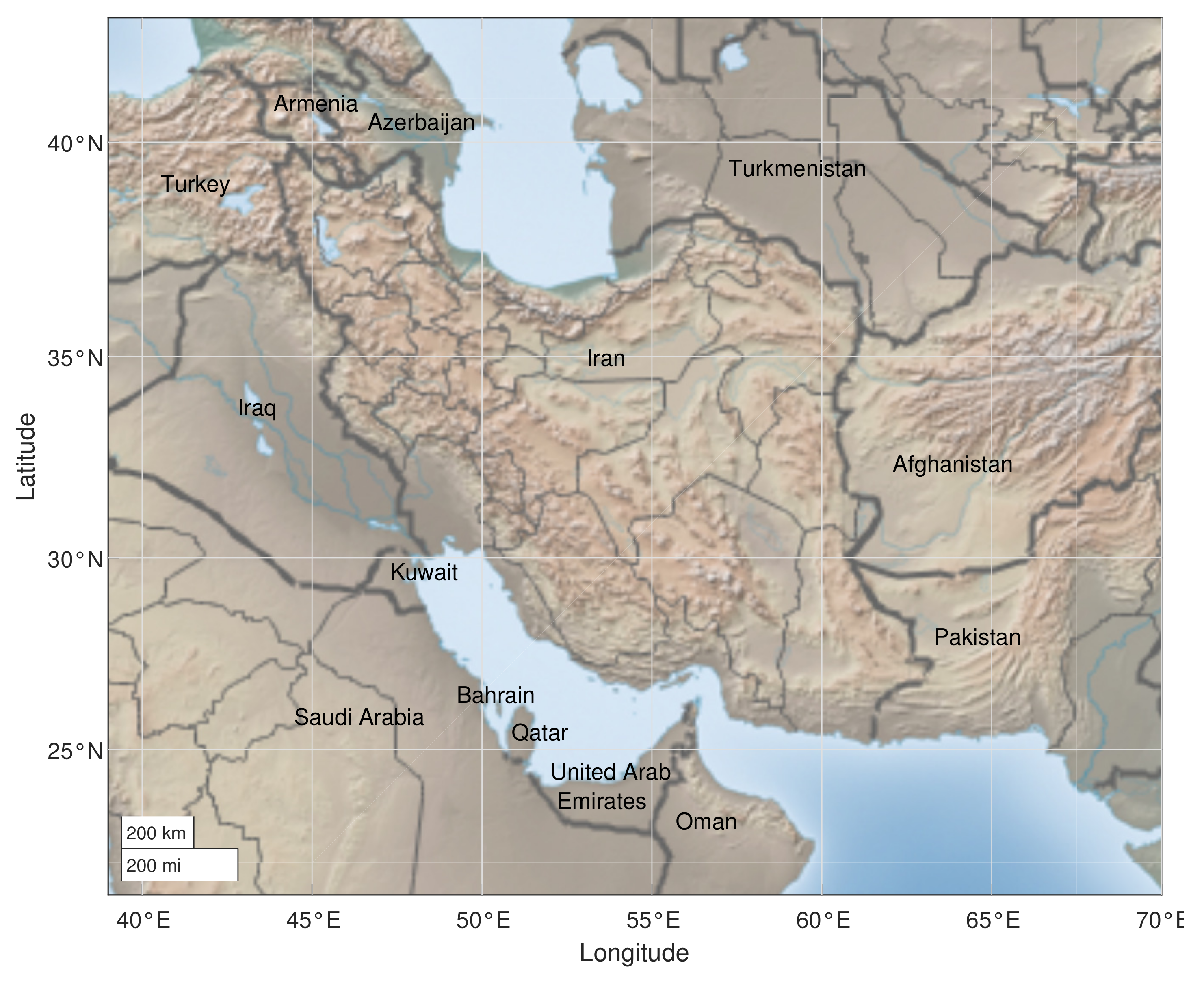 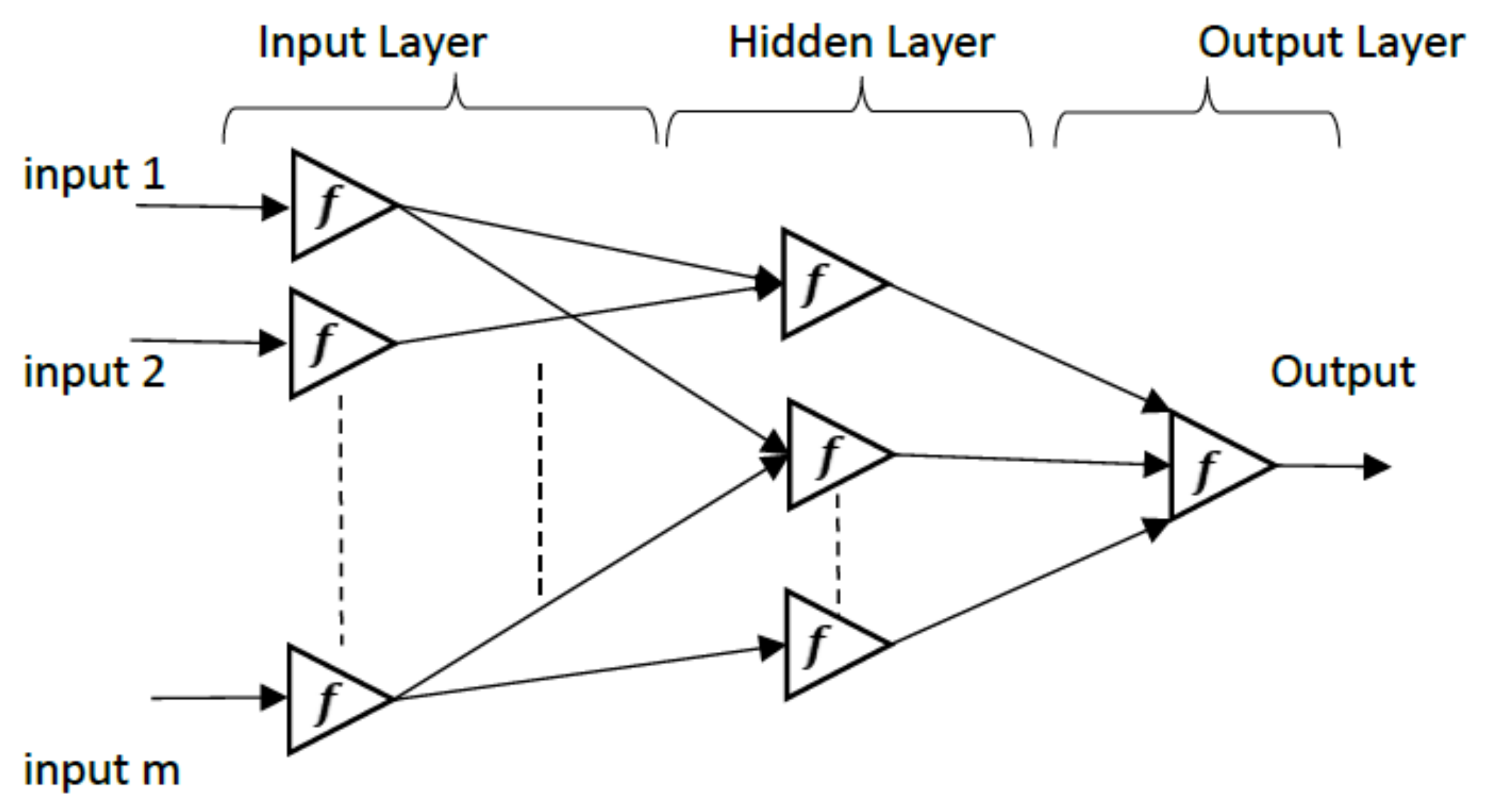 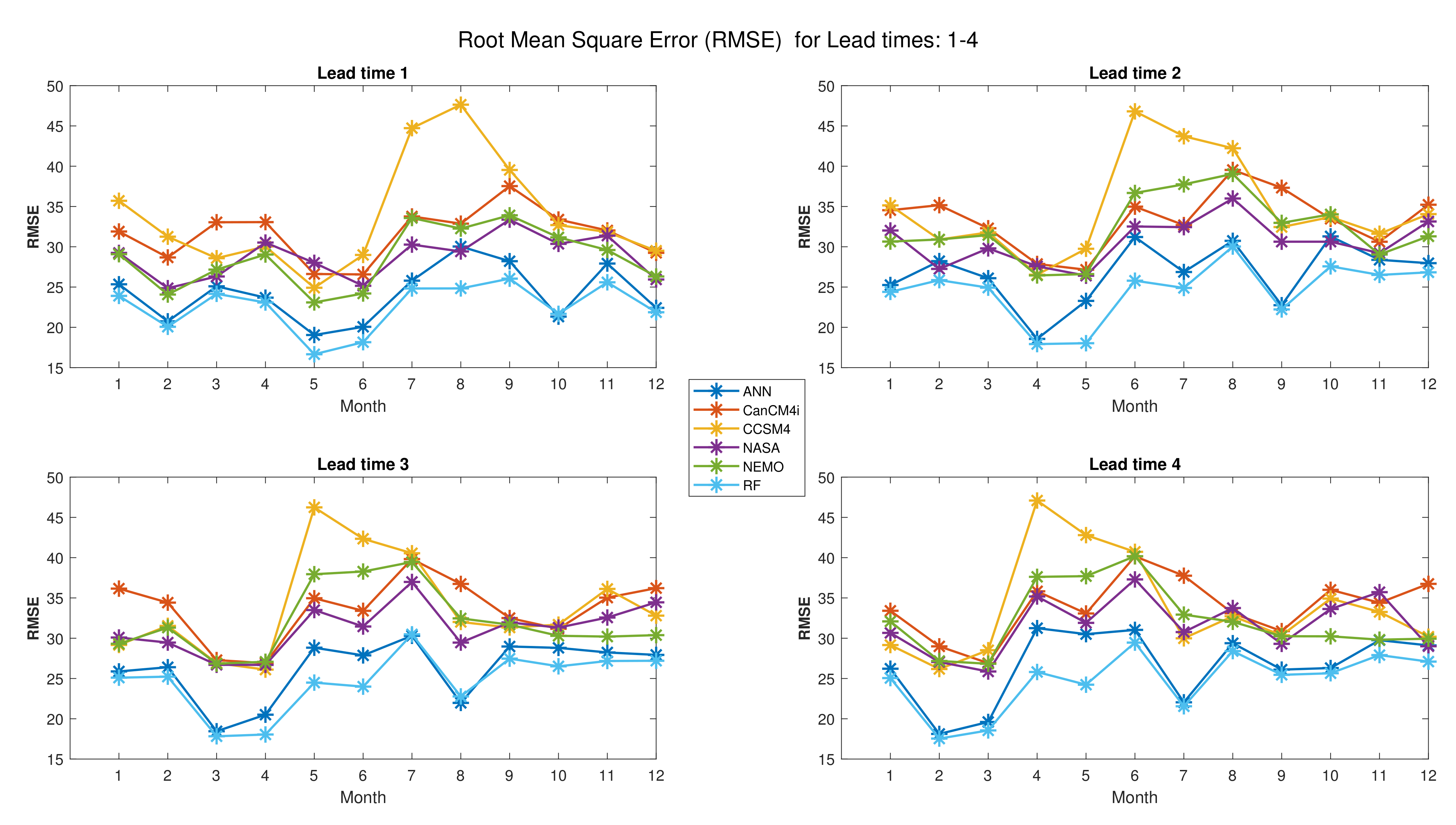 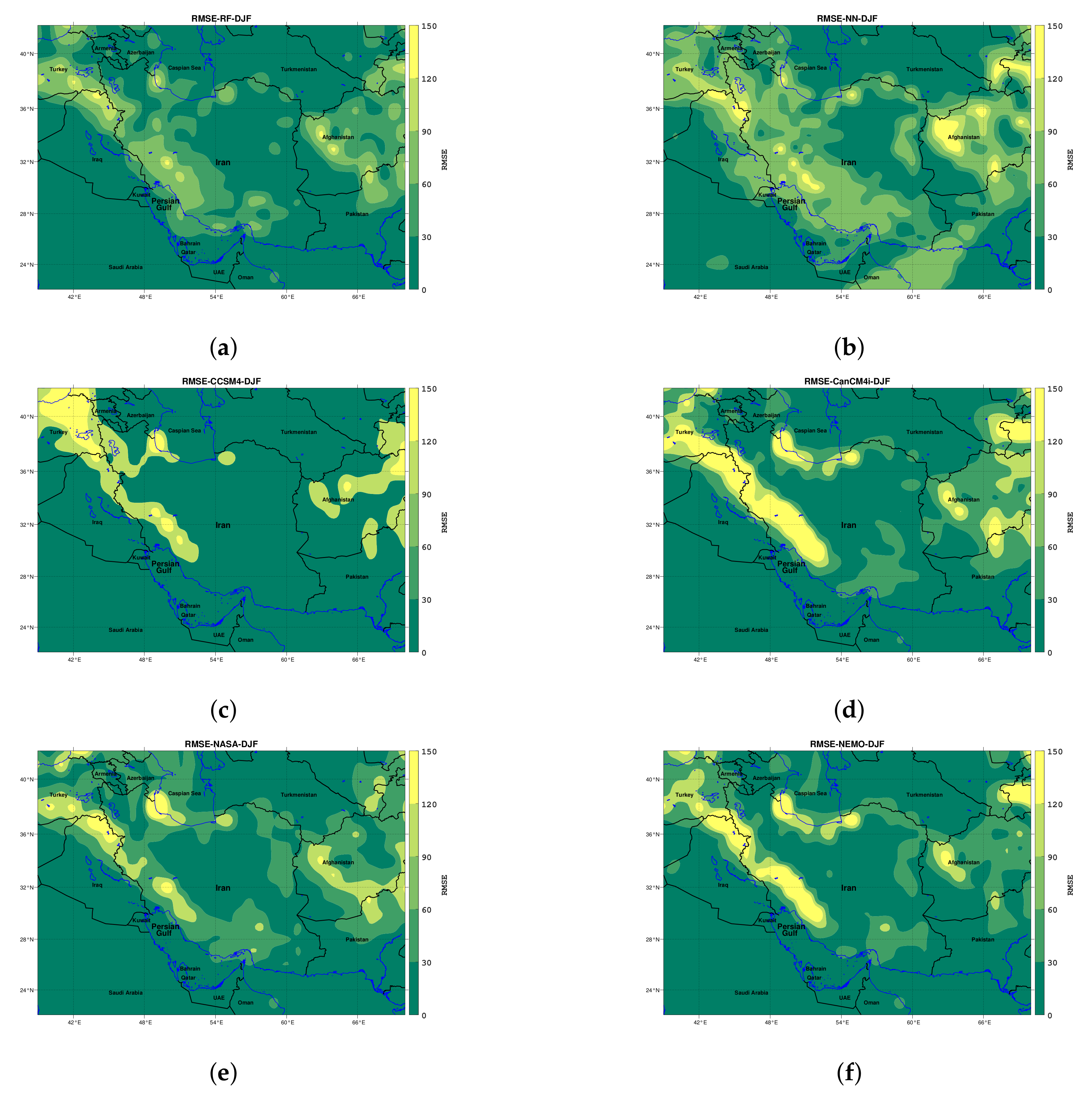