To explore the impact of artificial shelterbelt construction with saline irrigation on the soil water characteristic curve (SWCC) of shifting sandy soil in extreme arid desert areas, three treatments including under the shelterbelt (US), bare land in the shelterbelt (BL) and shifting sandy land (CK) in the hinterland of the Taklimakan Desert were selected. The age of the shelterbelt is 16, and the vegetation cover is mainly Calligonum mongolicum. The soils from different depths of 0–30 cm were taken keeping in view the objective of the study. The SWCCs were determined by the centrifugal method and fitting was performed using various models such as the Gardner (G) model, Brooks–Corey (BC) model and Van Genuchten (VG) model. Then, the most suitable SWCC model was selected. The results showed that electrical conductivity (EC) and organic matter content of BL and US decreased with the increasing soil depth, while the EC and organic matter content of CK increased with the soil depth. The changes in soil bulk density, EC and organic matter of 0–5 cm soil were mostly significant (p < 0.05) for different treatments, and the differences in SWCCs were also significant among different treatments. Moreover, the construction of an artificial shelterbelt improved soil water-holding capacity and had the most significant impacts on the surface soil. The increase in soil water-holding capacity decreased with increasing soil depth, and the available soil water existed in the form of readily available water. The BC model and VG model were found to be better than the G model in fitting results, and the BC model had the best fitting result on CK, while the VG Model had the best fitting result on BL with higher organic matter and salt contents. Comparing the fitting results of the three models, we concluded that although the fitting accuracy of the VG model tended to decrease with increasing organic matter and salinity, the VG model had the highest fitting accuracy when comparing with BC and G models for the BL treatment with high organic matter and salinity. Therefore, the influence of organic matter and salinity should be considered when establishing soil water transfer function. View Full-Text
Keywords: aeolian sandy soil; physiochemical properties; soil water-holding capacity; model fitting; Taklimakan Desert aeolian sandy soil; physiochemical properties; soil water-holding capacity; model fitting; Taklimakan Desert
►▼ Show Figures 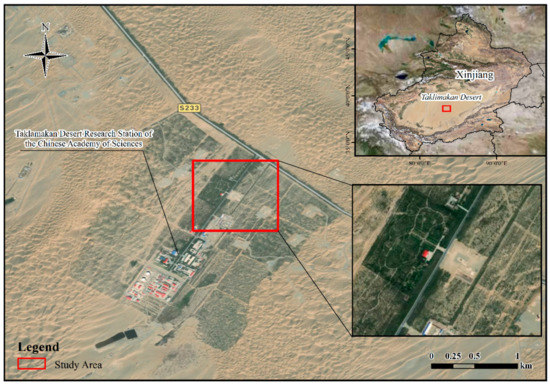