Continental vs. Global Niche-Based Modelling of Freshwater Species’ Distributions: How Big Are the Differences in the Estimated Climate Change Effects? 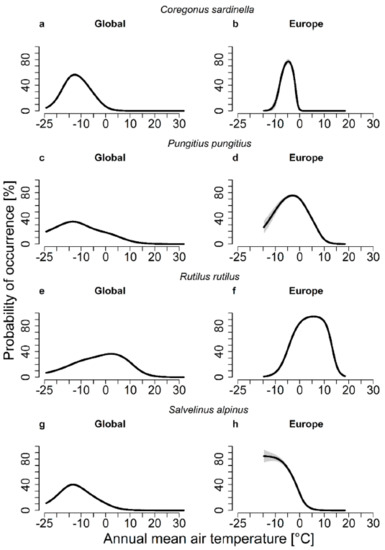