Complexity of the Relationship between Environmental Factors, Interspecific Competition, and Intrinsic Traits of the Species in Explaining the Invasive Success of Gobio lozanoi Doadrio & Madeira, 2004

The increase of non-native species in rivers is of great concern. To assess the potential impact of a species it is necessary to consider the ecological state of the receiving ecosystem and the biology of the potentially invasive species. In this work we characterize two populations of Gobio lozanoi Doadrio & Madeira, 2004 (bio-metric and demographic parameter) and the invasibility (as a function of habitat quality, competing species, food supply, etc.) of the two rivers that they inhabit. In addition, biomarkers of energy reserve level are analyzed to investigate their role in the invasiveness of the species. The results show differences in energy reserve levels and invasiveness between the two fish populations, and differences in the potential invasibility of the two tributaries. In the river with lower resistance to invasion, the G. lozanoi population is well-structured, and specimens have higher lipid values. On the contrary, in the river with better ecological status (and therefore greater resistance to invasion) we found lower lipid values, higher protein values and low juvenile survival rate. The lipid level is revealed as a good indicator of invasiveness in populations of alien species, under favorable conditions for invasion. View Full-Text
Keywords: non-native species; invasiveness; invasibility; biomarkers; interspecific competition; freshwater fish; lipids; Iberian Peninsula non-native species; invasiveness; invasibility; biomarkers; interspecific competition; freshwater fish; lipids; Iberian Peninsula
►▼ Show Figures 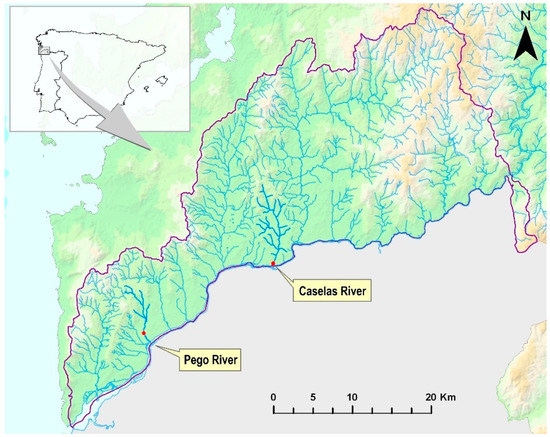