Performance of a Pilot-Scale Constructed Wetland and Medium-Term Effects of Treated Wastewater Irrigation of Arundo donax L. on Soil and Plant Parameters
Next Article in Special Issue

The Effectiveness of “River Chief System” Policy: An Empirical Study Based on Environmental Monitoring Samples of China
Previous Article in Special Issue

When a Year Is Not Enough: Further Study of the Seasonality of Planktonic Protist Communities Structure in an Ice-Free High Arctic Fjord (Adventfjorden, West Spitsbergen)

As a contribution to understanding the ecological framework of protistan seasonal succession patterns, we present the weekly-to-monthly (January–October) light microscopy-based study of nano- and microplanktonic protist communities of Adventfjorden waters in 2013. In general, protist dynamics corresponded to the classic paradigm for the Arctic ice-free waters with extremely low abundance and diversity in winter, with the main abundance and chlorophyll-a peak in April-May, followed by a diverse but low abundant community during summer/autumn. However, the reference of the obtained data to the previously conducted year-round research in 2012 allows us to observe substantial variability in seasonal patterns between the two consecutive years. The most striking difference concerned the spring bloom composition and abundance, with clear domination of Phaeocystis pouchetii in Atlantified fjord waters in 2012 and Bacillariophyceae-dominated (mainly Fragilariopsis, Thalassiosira nordenskioeldii, and, in a lesser extent, also Pseudo-nitzschia seriata) bloom in 2013 when local water prevailed. On the other hand, a surprisingly high share of spring bloom taxa persisted throughout the summer/autumn of 2013 when they co-occurred with typical summer taxa (dinoflagellates and other small flagellates). Their extended growth could, at least in part, result from scarce Ciliophora throughout the season, which, in turn, can be attributed to the high grazing pressure of very numerous meroplankton and mesozooplankton. In light of this, our results may be relevant in discussions proposed for the West Spitsbergen waters link between the Atlantic water inflow and the spring bloom composition, as well as its further progression in the productive season. They also highlight the strong need for further high-resolution monitoring of annual plankton cycles and great caution when looking for phenological patterns within a single year or when interpreting short-term data. View Full-Text
Keywords: planktonic protists; seasonal dynamics; abundance; Adventfjorden; West Spitsbergen planktonic protists; seasonal dynamics; abundance; Adventfjorden; West Spitsbergen
►▼ Show Figures 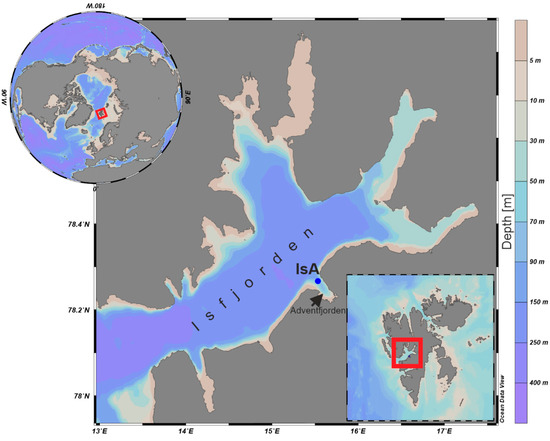 Anna Maria Dąbrowska
Anna Maria Dąbrowska (formerly A.M. Kubiszyn) is an assistant professor at the Institute of Oceanology Polish Academy of Sciences (IO PAN) in Sopot, Poland, where she researches marine protists. She graduated from the University in Gdansk with a master’s degree in Biological Oceanography in 2011. After graduation, she started her work at IO PAN, where she completed her PhD thesis related to the seasonality of the Arctic planktonic protists in the aspect of environmental conditions. She is currently working on several scientific projects concerning the relationship between the qualitative, quantitative and functional structure of protists and the environment.
Zoom | Orient | As Lines | As Sticks | As Cartoon | As Surface | Previous Scene | Next Scene
We use cookies on our website to ensure you get the best experience. Read more about our cookies here.
Accept
We have just recently launched a new version of our website. Help us to further improve by taking part in this short 5 minute survey here. here.
Never show this again