The solidified landfill disposal of hazardous solid waste such as electroplating sludge in arid/semi-arid areas has potential risks and hazards. In this study, the electrochemical method was used to destroy the structures of metal complexes in electroplating sludge and release metal ions so that the organics were removed by direct mineralization in the anode while the metal was recovered in the cathode. A SnO2/Ti electrode was used as the anode during the electrolysis process. The effect of different current densities (10, 20, 30, 40, 50, 60 A/m2), different pH values (2, 3, 4, 5, 6), and the presence of chloride (0.1 or 0.2 M NaCl) and sulfate (0.1 or 0.2 M Na2SO4) on treatment were investigated. Under the optimal treatment conditions (current density = 50 A/m2, pH = 3), the removal rates of CODCr, TOC, and Ni2+ reached 88.01%, 85.38%, and 97.57%, respectively, with a metal recovery of 97.01%. Further studies showed that active chlorine and active persulfate generated in the presence of chloride and sulfate had less effect on the removal of organics, while hydroxyl radicals played a major role. The dilution of the leachate would be detrimental to electrochemical treatment. The by-products of organic chlorination were produced in low amounts, mainly CHCl3. This method can be used to treat electroplating sludge in various areas to recover valuable metals while removing organic pollutants, complying with the concept of sustainable development. This method provides a new solution for the treatment of metal-containing hazardous solid waste such as electroplating sludge from the perspective of practical application. View Full-Text
Keywords: arid/semi-arid areas; hazardous solid wastes; electroplating sludge; electrochemistry; environmentally friendly disposal arid/semi-arid areas; hazardous solid wastes; electroplating sludge; electrochemistry; environmentally friendly disposal
►▼ Show Figures 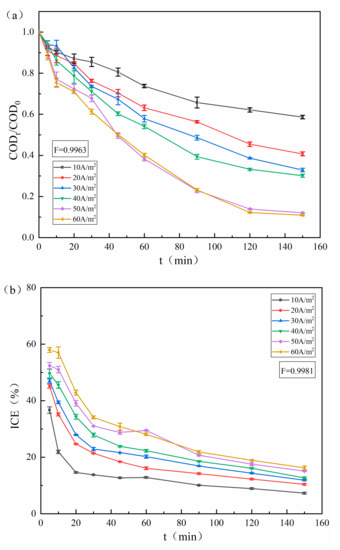