Soil erosion is a serious environmental problem in the Loess Plateau, China. Therefore, it is important to understand and evaluate soil erosion process in a watershed. In this study, the Chinese Soil Loss Equation (CSLE) is developed to evaluate the soil loss and analyze the impact of land use and slope on soil erosion in Jiuyuangou (JYG) watershed located in the hilly-gullied loess region of China 1970–2015. The results show that the quantities of soil erosion decreased clearly from 1977 to 2015 in the study area, which from 2011 (t/km²·a) in 1977 to 164 (t/km²·a) in 2004 and increased slowly to 320 (t/km²·a) in 2015. No significant soil erosion (<300 t/km²·a) changed in JYG watershed, which increased dramatically from 8.93% to 69.34% during 1977–2015. The area of farmland in this study area has been reduced drastically. Noting that the annual average soil erosion modulus of grassland was also showing a dropped trend from 1977 to 2015. In addition, the study shows that the annual average soil erosion modulus varied with slope gradient and the severe soil erosion often existed in the slope zone above 25°, which accounted for 4657 (t/km²·a) in 1977 and 382.27 (t/km²·a) in 2015. Meanwhile, soil erosion of different land-use types presented the similar changing trend (declined noticeably and then increased slowly) with the change of slope gradient from 1977 to 2015. Combined the investigations of extreme rainfall on 26 July 2015 for JYG watershed, the study provides the scientific support for the implementation of soil and water conservation measures to reduce the soil erosion and simplify Yellow River management procedures. View Full-Text
Keywords: soil erosion; CSLE; land use; slope gradient; Jiuyuangou watershed soil erosion; CSLE; land use; slope gradient; Jiuyuangou watershed
►▼ Show Figures 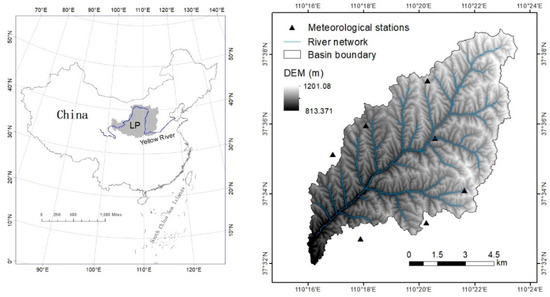