Does it Matter: Constitutionalisation, Democratic Governance, and the Human Right to Water

A Study of Precipitation Patterns through Stochastic Ordering

The study of spatial and temporal changes in precipitation patterns is important to agriculture and natural ecosystems. These changes can be described by some climate change indices. Because these indices often have skewed probability distributions, some common statistical procedures become either inappropriate or less powerful when they are applied to the indices. A nonparametric approach based on stochastic ordering is proposed, which does not make any assumption on the shape of the distribution. This approach is applied to the average length of the period between two adjacent precipitation days, which is called the average number of consecutive dry days (ACDD). This approach is shown to be able to reveal some patterns in precipitation that other approaches do not. Using daily precipitations at 756 stations in China from 1960 to 2015, this work compares the ACDDs in three periods, 1960–1965, 1985–1990, and 2010–2015 for each province in China. The results show that ACDD increases stochastically from the period 1960–1965 to either the period 1985–1990 or the period 2010–2015, or from the period 1985–1990 to the period 2010–2015 in all but three provinces in China. View Full-Text
Keywords: consecutive day days; nonparametric tests; precipitation days; stochastic ordering consecutive day days; nonparametric tests; precipitation days; stochastic ordering
►▼ Show Figures 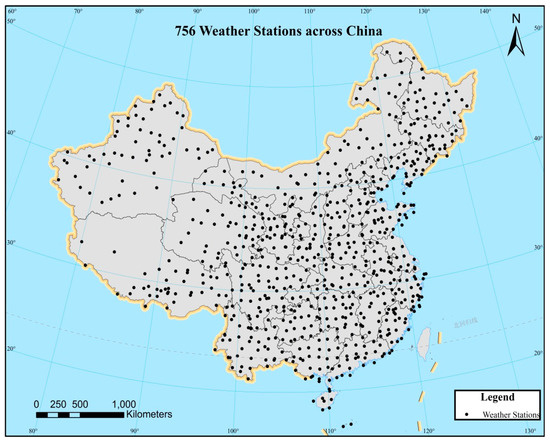