Small Floodplain Reservoirs in the Face of Climate Change—Sink or Source of Nutrients?
Previous Article in Journal

Comparison of Fish, Macroinvertebrates and Diatom Communities in Response to Environmental Variation in the Wei River Basin, China

Land use changes usually lead to the deterioration of freshwater ecosystems and reduced biodiversity. Aquatic organisms are considered valuable indicators for reflecting the conditions of freshwater ecosystems. Understanding the relationship between organisms and land use type, as well as physiochemical conditions, is beneficial for the management, monitoring and restoration of aquatic ecosystems. In this study, fish, macroinvertebrates, and diatoms were investigated at 60 sampling sites in the Wei River basin from October 2012 to April 2013 to determine the relationships between the environment and aquatic organisms. The richness, abundance, Shannon diversity, evenness, Margalef diversity, and Simpson diversity were selected as biological indices for analyzing the correlation between these communities and environmental variables according to Pearson’s coefficient. Canonical correspondence analysis (CCA) was used to analyze the relationship between the biotic communities and environmental variables. The results showed that three diatom indices were weakly correlated with chemical oxygen demand (COD), qualitative Habitat Evaluation Index (QH), and dissolved oxygen (DO). Four macroinvertebrate indices were associated with total phosphorus (TP) while total nitrogen (TN), and agricultural land (AL) had a significant influence on assemblages, suggesting that macroinvertebrates could respond to nutrient levels in the Wei River basin. All land use types had a strong effect on fish indices except AL, indicating that fish would be better used as indicators of spatial changes in the aquatic ecosystem. In conclusion, fish and macroinvertebrates have the potential for use in routine monitoring programs in the Wei River basin. View Full-Text
Keywords: land use; fish; macroinvertebrate; diatom; Wei River basin; correspondence analysis land use; fish; macroinvertebrate; diatom; Wei River basin; correspondence analysis
►▼ Show Figures 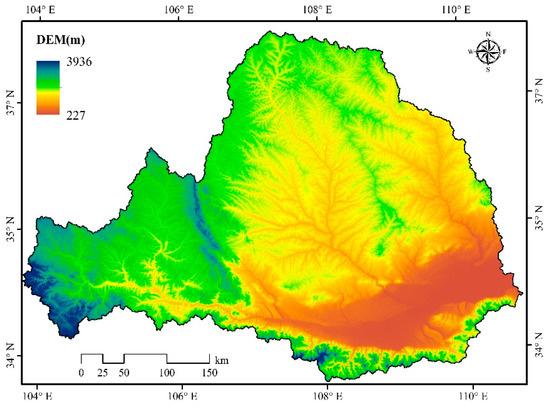