The Autoregressive (AR) model was used to postprocess the precipitation series of the EWF. The AR model only reflects the influence and effect of related factors on the prediction target through its own modelling of historical observations of time series variables. It is not restricted by the assumptions that the model variables are independent of each other. The model constructed can eliminate the difficulties caused by independent variable selection and multicollinearity in general regression prediction methods. The mathematical expression of the AR model is shown below. where is the uncorrected rainfall forecast value of jth ensemble member, is the prediction error sequence of the jth ensemble member at time t and represents the difference between the EWF result and the observed precipitation. N is the length of the precipitation sequence of each ensemble member. is the prediction residual series for the p periods of the jth ensemble member before time t, are the regression coefficients of the jth ensemble member, p is the order, which can be determined by the Akaike information criterion (AIC) criterion, represents a white noise sequence who’s mean value is 0, and variance is determined from the parameterization and being the corrected prediction of the jth ensemble member. The calculation steps of the AR model are as follows.
First, determine the order of p according to the AIC criterion. Letting p take different values, calculate the AIC value of each ensemble member, and select the p value with the minimum AIC value as the regression order of the AR model. AIC is expressed as follows: where k is the number of parameters, referring to the order of AR in the model in this paper, and L is the variance of the residuals. and
Then the p-order AR model can be expressed as:
The estimation of model parameters can be obtained from the least square principle.
In the end, the AR models with the parameters determined above were used to correct the precipitation forecast errors.

The Three Gorges Reservoir (TGR) located on the Yangtze River in China was selected as a case study and located at Yichang on the Yangtze river in China, which is the world’s largest hydroelectric project. Its geographical location is shown in Figure 2. The main functions of the Three Gorges Reservoir are flood control, power generation, and navigation, etc. The basin area of the Three Gorges Reservoir is 1 × 106 km2, the surface area of the reservoir is about 1080 km2, and the average width is about 1100 m [29].
The historical daily inflow data of TGR and precipitation from 2006 to 2017 during the flood season were used in this study. This study uses the EWF data from the second edition of the Global Ensemble Forecast System (GEFS) developed by the National Center for Environmental Forecasting (NCEP). This is one of the most widely used numerical forecasting systems in the world. The data set contains 11 set forecast members, and the spatial resolution in latitude and longitude is 1 ° × 1 °. Data from January to September in 2017 was used in this study. The Xin’an Jiang model is selected as the deterministic prediction model of the PD-HUP-GMM method with the precipitation and evaporation in the study area used as the input. We decided to restrict the forecast period to one day ahead.

First, the value of order p was determined according to the AIC criterion. In this paper, p takes different values (1, 2, …, 10). When we calculate the AIC value of each ensemble member, the result is shown in Figure 3. The p value (p = 8) with the minimum AIC value was selected as the regression order of the AR model.
Then, the mean absolute error (MAE) and root-mean square error (RMSE) were used to evaluate the performance of the AR model. The MAE and RMSE are defined as follows. where Ft represents the forecast precipitation, and Ot represents the observed precipitation. The MAE and RMSE value of each GEFS member before and after correction are shown in Table 1.
According to Table 1, after AR model correction, the MAE of precipitation data of GEFS members decreased by an average of 18.10 m3/s, while RMSE decreased by an average of 16.05 m3/s. It shows that the AR model can effectively reduce the precipitation deviation of GEFS. However, there are still some bias and uncertainties in the corrected GEFS precipitation data. Therefore, the PD-HUP model was adopted in this paper to further deal with the uncertainty of hydrological forecast caused by rainfall forecast bias.

In order to verify the effectiveness of the method proposed in this paper, precipitation and inflow data of TGR in the flood season of 2017 were taken as model input data, and the above method was used to calculate the ensemble inflow forecast results of TGR. Three scenarios as shown in Table 6 were set up for comparative analysis. The Nash-Sutcliffe efficiency (NSE) and RMSE were selected to evaluate the accuracy of forecast results under different scenarios and the variance was used to evaluate the uncertainty of the Bayesian ensemble forecast result, as discussed in the following subsections.

For the deterministic forecast, the NSE and RMSE were calculated by observed inflow and simulated result of the Xin’an Jiang model. For the ensemble forecast evaluate, the mean value of ensemble members and observed were used to calculated NSE and RMSE. The forecast results of different scenarios are shown in Figure 5. The formula for calculating NSE is as follows and the calculated results of indicators are shown in Table 7.
It can be seen from the simulation results that, when the observed historical rainfall data is used as the input of the hydrological model, the NSE of the simulation results can reach 0.92, as shown in Table 7, indicating that the Xin’an Jiang model can be used as a deterministic model for hydrological prediction in the research area. When GEFS data is directly used as input data of the Xin’an Jiang model, the simulation results of the hydrological model are significantly larger than the actual runoff process NSE= −7.14. When the GEFS data is corrected by using the AR model and the corrected GEFS data is used as the input of the Xin’anjiang model, the simulation accuracy of the Xin’an Jiang model has been significantly improved. However, by comparing the ensemble average with the observed inflow process, the NSE improves to only 0.56, which is difficult to meet the demand for prediction accuracy in actual production. This is mainly because the uncertainty of rainfall input data affects the accuracy of hydrological model simulation results. Furthermore, by using the PD-HUP-GMM method proposed in this paper, it can be found that the simulation results of the hydrological model have been effectively improved. The NSE of the ensemble average value is up to 0.91 and the RMSE decreases by 52.6% when compared with the scenario of directly adopting the corrected GEFS data, greatly improve the accuracy of the runoff simulation, and enough to meet demand for hydrological forecast accuracy in practical production. It shows that the method proposed in this paper greatly improves the accuracy of inflow forecast of TGR and is sufficient to meet the demand of hydrological prediction accuracy in actual production.

In this paper, the precipitation data of the Global Ensemble Forecast System (GEFS) was postprocessed by an Autoregressive (AR) model, and a precipitation-dependent hydrological uncertainty processor based on GMM (PD-HUP-GMM) was proposed to generate the ensemble flow forecast. Then, the Nash-Sutcliffe efficiency (NSE), root-mean square error (RMSE), and variances of ensemble members were used to evaluate the accuracy and uncertainty of the ensemble flow forecast. The TGR was selected as a case study. The main conclusions of this study are summarized as follows.
(1) The results of the AR model show that this model can effectively correct GEFS precipitation data, and it is simple and feasible. The use of AR models to correct the GEFS rainfall data also helps to improve the simulation accuracy of the deterministic hydrological model.
(2) The proposed method was compared with three different forecast methods. Results of the case study show that the PD-HUP-GMM method combined with the corrected GEFS data can significantly improve the NSE and RMSE of flow forecasting. From this point of view, the proposed method performs well.
(3) The proposed method can effectively deal with the uncertainty of precipitation input data and the hydrological model and, thus, improve the accuracy of the ensemble flow forecast average value to a useful level.
Future work will involve extending the forecast period to a longer horizon to further evaluate the potential of HUP in operational flow forecasting and improve its practical significance. 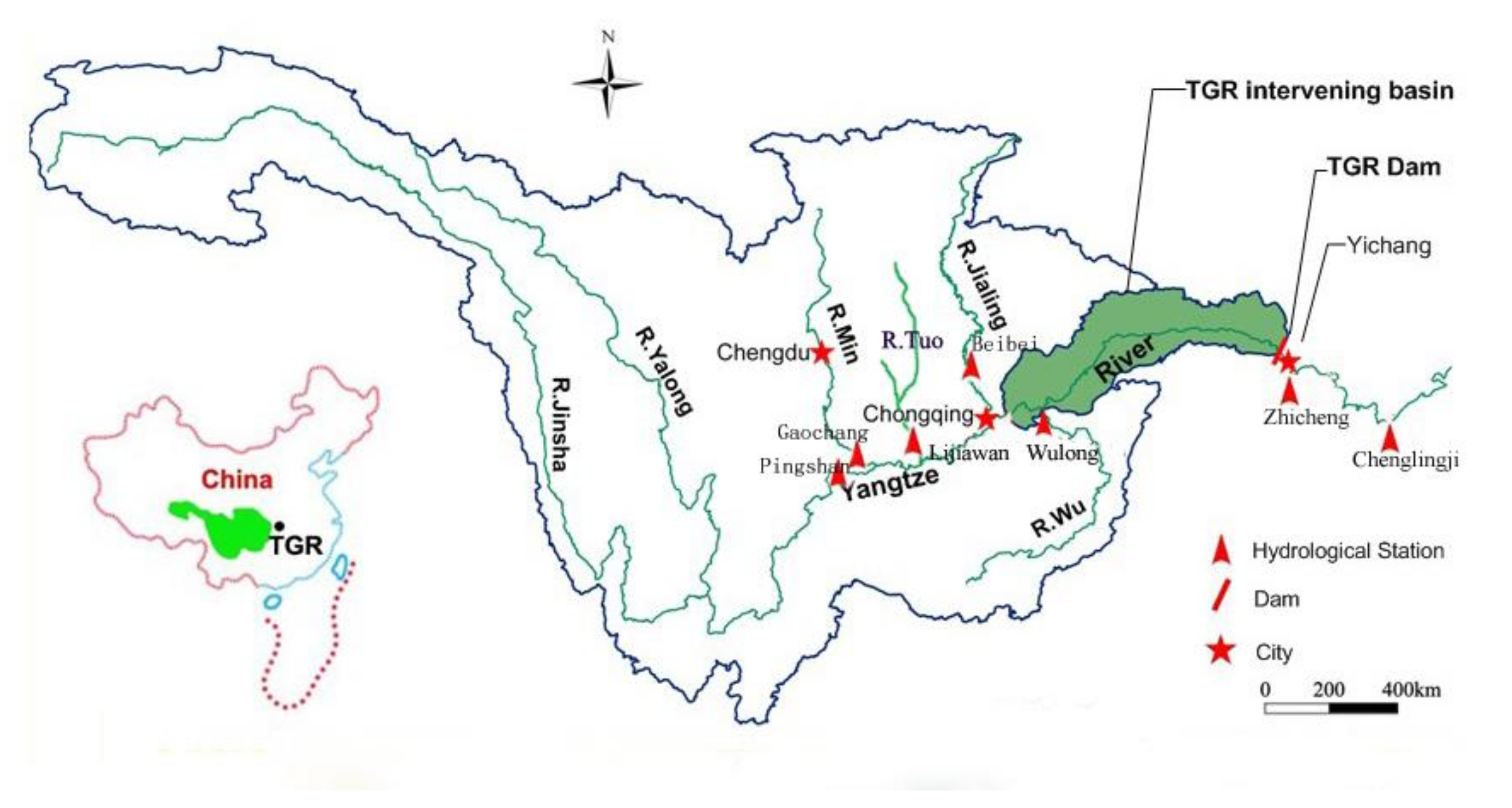 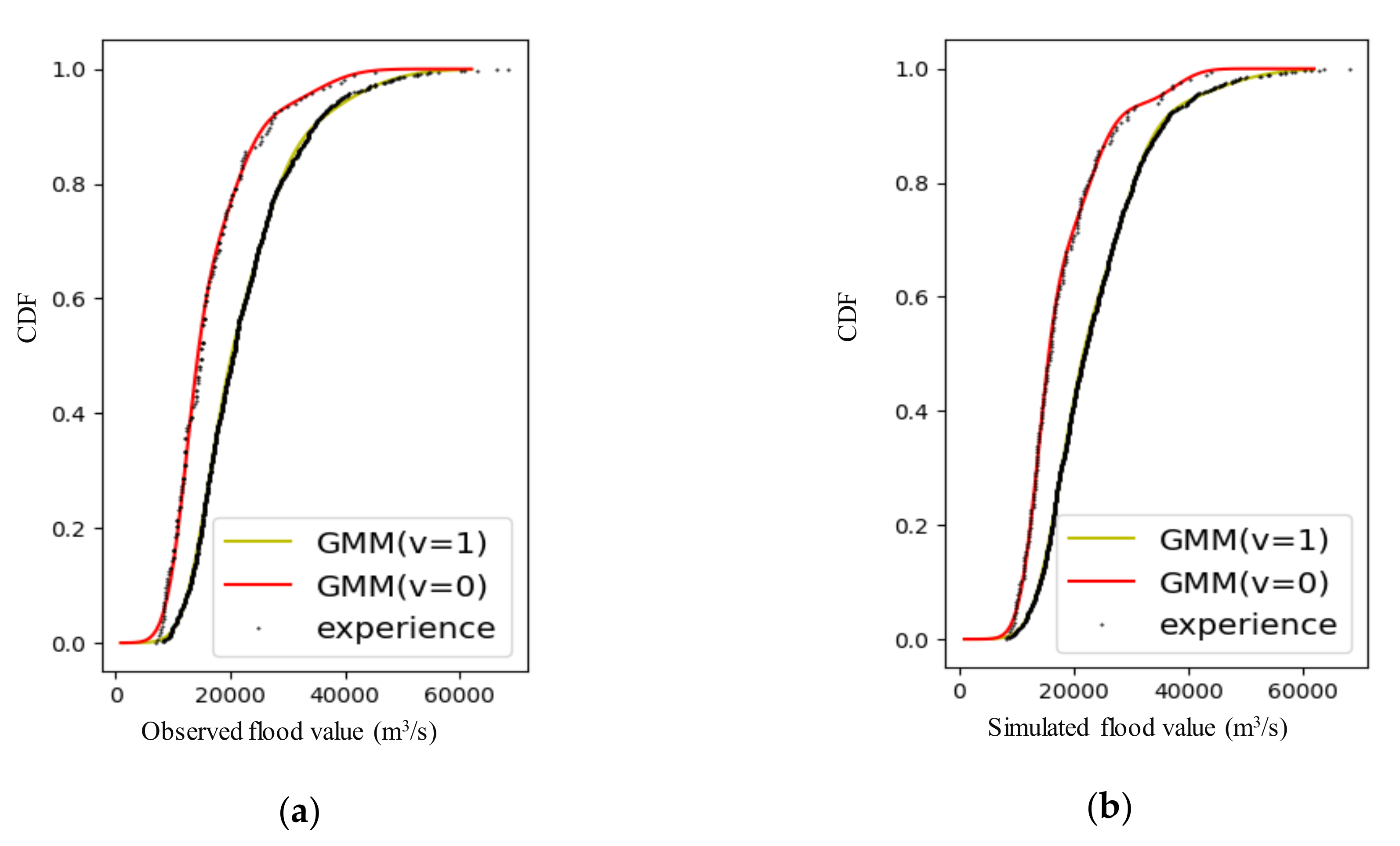 Table 7. NSE and RMSE of the four scenarios.
Table 7. NSE and RMSE of the four scenarios.
© 2020 by the authors. Licensee MDPI, Basel, Switzerland. This article is an open access article distributed under the terms and conditions of the Creative Commons Attribution (CC BY) license (http://creativecommons.org/licenses/by/4.0/).
We use cookies on our website to ensure you get the best experience. Read more about our cookies here.
Accept
We have just recently launched a new version of our website. Help us to further improve by taking part in this short 5 minute survey here. here.
Never show this again