Assessing the Potential Impact of Rising Production of Industrial Wood Pellets on Streamflow in the Presence of Projected Changes in Land Use and Climate: A Case Study from the Oconee River Basin in Georgia, United States
Previous Article in Journal

The Mkoji sub-catchment is the most populated sub-catchment in the uppermost part of the Rufiji basin in Tanzania, with critical users downstream, and it is vulnerable to water shortages. Despite the efforts made by governmental and non-governmental organizations in forming and supporting water user associations, little is known about their role on water resource management in the country. This study aimed to investigate the role of water user associations on the restoration of decreased environmental flow and degraded aquatic ecosystems in Tanzania, taking the Mkoji sub-catchment as a case study. Six water user associations were assessed, focusing on their strategies and influence on restoration, land use, ecosystem degradation, and their role in climate change mitigation strategies. Data were collected from various sources using interviews, focus group discussions and questionnaires. The Spearman correlation test was used to seek the relationship between the flow and the aquatic ecosystem. Statistical results showed that there was no correlation between the flow and rainfall, and there was a correlation between freshwater ecosystems and the flow. The results showed that 89% of the sample population accepted the decrease of the flow while 75% accepted the decrease of the fish catch in the freshwater ecosystem of the study. Based on the results obtained, the paper concluded that water user associations are doing a great job in management and restoration while politics, funding, and water permits were the main obstacles. Therefore, the government should play a role in restoring the ecosystem, bridging the gaps between farmers and animal keepers, land use planning, and developing aquaculture. View Full-Text
Keywords: environmental flow; climate change; mitigation measures; awareness; water resources management environmental flow; climate change; mitigation measures; awareness; water resources management
►▼ Show Figures 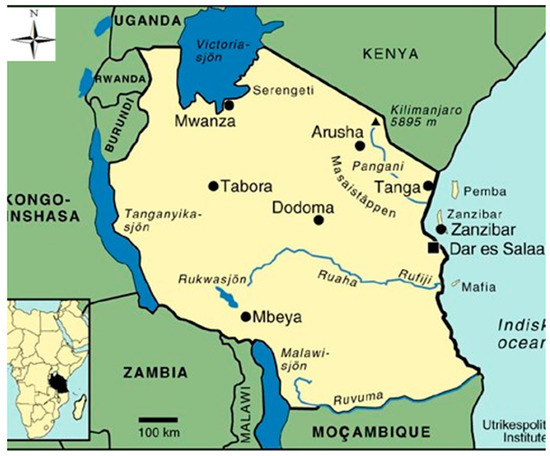