Hydrological Modeling in Data-Scarce Catchments: The Kilombero Floodplain in Tanzania

Use of Decision Tables to Simulate Management in SWAT+

Decision tables have been used for many years in data processing and business applications to simulate complex rule sets. Several computer languages have been developed based on rule systems and they are easily programmed in several current languages. Land management and river–reservoir models simulate complex land management operations and reservoir management in highly regulated river systems. Decision tables are a precise yet compact way to model the rule sets and corresponding actions found in these models. In this study, we discuss the suitability of decision tables to simulate management in the river basin scale Soil and Water Assessment Tool (SWAT+) model. Decision tables are developed to simulate automated irrigation and reservoir releases. A simple auto irrigation application of decision tables was developed using plant water stress as a condition for irrigating corn in Texas. Sensitivity of the water stress trigger and irrigation application amounts were shown on soil moisture and corn yields. In addition, the Grapevine Reservoir near Dallas, Texas was used to illustrate the use of decision tables to simulate reservoir releases. The releases were conditioned on reservoir volumes and flood season. The release rules as implemented by the decision table realistically simulated flood releases as evidenced by a daily Nash–Sutcliffe Efficiency (NSE) of 0.52 and a percent bias of −1.1%. Using decision tables to simulate management in land, river, and reservoir models was shown to have several advantages over current approaches, including: (1) mature technology with considerable literature and applications; (2) ability to accurately represent complex, real world decision-making; (3) code that is efficient, modular, and easy to maintain; and (4) tables that are easy to maintain, support, and modify. View Full-Text
Keywords: rule-based system; reservoir management model; land management model; SWAT (Soil and Water Assessment Tool) rule-based system; reservoir management model; land management model; SWAT (Soil and Water Assessment Tool)
►▼ Show Figures 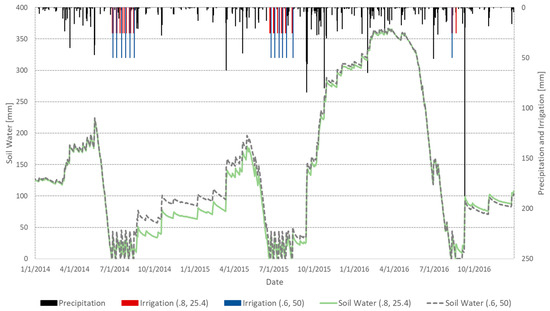