Spatiotemporal Variations of Precipitation in the Southern Part of the Heihe River Basin (China), 1984–2014 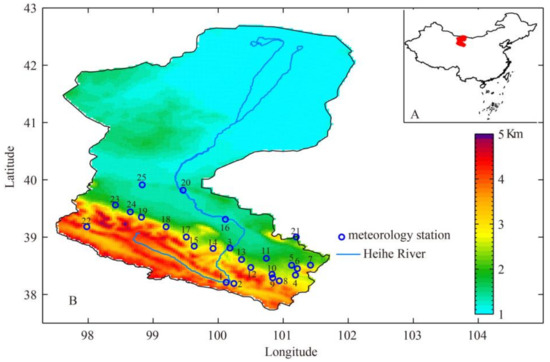