Validation of Satellite Estimates (Tropical Rainfall Measuring Mission, TRMM) for Rainfall Variability over the Pacific Slope and Coast of Ecuador

The supply of raw water to the inhabitants of metropolises is not a trivial problem, and involves many challenges, both in terms of the quantity and quality of this water. When these metropolises are located in semiarid regions, this challenge takes on enormous proportions, and in many situations, there are no sustainable solutions, especially in times of global climate change. One hypothesis to try to mitigate this problem in coastal cities is the underwater adduction of rivers. The objective of this paper was to make the abstraction of drinking water in the mouths of great rivers near semi-arid regions. This water would be led by a pipeline below the water level and would follow the route of the seacoast, where the energy to move the water would be supplied by an axial hydraulic pump embedded in the pipeline by water-cooled electric motors driven by the energy generated from offshore wind turbines. Estimates have been made for the four metropolises in semi-arid regions: Fortaleza-Brazil, Dalian-China, Tel Aviv-Israel, and Gaza-Palestine, where it was possible to calculate economic viability through the Present Worth Value, the internal rate of return, and payback. The results indicated that Fortaleza had economic viability under restrictions. Dalian proved the ideal result. Tel Aviv and Gaza both had great economic viability, but only if Egypt agreed to supply water from the Nile. This paper proved that the management of the water supply for human consumption through the underwater adduction of rivers could be achieved with real clearance for any deficits in the volume of water that due to global climate change are becoming more frequent.
Keywords: water supply; human consumption; water resource economics; water scarcity economics; hydraulic structure; semiarid region water supply; human consumption; water resource economics; water scarcity economics; hydraulic structure; semiarid region

Four metropolitan regions were chosen due to their location in semi-arid regions that suffer the negative effects of climate change, and also because they have a population of several million people: Fortaleza, Brazil; Tel Aviv/Gaza, Israel/Palestine; and Dalian, China. The rivers used for drinking water were the Parnaiba in Brazil; the Nile in Egypt, and the Huanghe in China. All intakes were allocated at the mouths of their rivers. Two scenarios were calculated for water demand: (1) scenario 200 L per capita per day; and (2) scenario 81 L per capita per day. The data of the metropolitan regions and characteristics of rivers are in Table 1 and Table 2.
According to [41], the turbidity limit of water for human consumption is 5 NTU, therefore for the data presented in Table 2, all rivers were above the defined threshold. This suggests that specific procedures must be adopted for treatment stations to decrease the turbidity of the water such as coagulation and flocculation, but the goal of this project was to check only the transport of the raw water, not the considerations on the treatment plant, which is considered to be the end customer of the pipeline.
The location of each city is displayed in the world map in Figure 1.

To locate underwater pipes, we chose a path that optimized the consumption of materials and at the same time made possible the proper conformation on the coastline between the river mouth, and the delivery point in the metropolis. Special attention was given to the sea routes that were intercepted by the pipeline, which determined the depth of the underwater pipe. Maps were used with the bathymetry of the seabed and included the defined depths of underwater pipes: Parnaíba/Fortaleza, Brazil, 20 m; Huanghe/Dalian, China, 20 m; and Nile/Tel Aviv, Gaza, Israel, Palestine, 50 m due to the crossing of access routes to the Suez Canal.
According to [42], water containing Total Dissolved Solids (TDS) concentrations below 1000 mg/L is usually acceptable to consumers. The palatability of drinking water has been considered as good between 300 and 600 mg/L [43]. The problems with brackish water was avoided due to the location of the water intake of systems far from the shoreline, inside the mouths.
According to [44], at the mouth of the Rio Parnaíba, the TDS ranged between 29 and 30 mg/L, so the pipeline intake was allocated 1000 m inside the mouth. The authors in [45] reported that at the bifurcation between the branches Damietta and Rosetta of the Nile (approximately 150 km from the coast) the TDS ranged between 179 and 259 mg/L, so the system admission was allocated 30 km inside the Rosetta branch. Reference [46] estimated that the Practical Salinity Unit (PSU) of the Huanghe at 30 km from the mouth varied between 0.1 and 0.2 PSU, which is approximately equivalent to a TDS of 100 to 200 mg/L, so the system was allocated 30 km inside the mouth of the Huanghe.
The locations of the pumping systems (Figure 2, Figure 3 and Figure 4) were divided into sections for ease of installation and maintenance of the pumping units, as well as the location of offshore wind farms.
The wind farms were allocated in the best wind conditions for generating electricity. The wind maps are shown in Figure 5, Figure 6 and Figure 7.

2.2. Methodology for Calculation of Underwater Pipes

The preliminary dimensions of the wind farm were considered the power curve of the chosen offshore turbine and the evaluation of the wind through 10-m maps for the seasons [50]. To estimate the wind speed at the operating point of the wind turbine, we used the logarithmic law of the winds described by [57]: where v(h) is wind speed at operating height (m/s); h is the operational height (m); z0 is the roughness length for turbulent open sea = 0.5 m [57]; href is the reference height = 10 m; and vref is the reference speed obtained on the wind maps (m/s).
The operational height of the turbines was considered from the hub center to 110 m high.
To estimate the wind power, we chose the offshore wind turbine Sinovel SL3000-113 with a rated power of 3 MW and 113 m of rotor diameter with operating height (hub center) at 110 m [58].
The power curve of the SL3000-113 is shown in Figure 10.

The evaluation of the economic viability of the project was realized through the development of investment cash flow (Fc), the method of the Internal Rate of Return (TIR), and Payback. According to [60], TIR is the interest rate that resets the Present Worth Value (VPL), given by the following equation: where VPL is the net present value; I is the investment capital; n is the total number of years (30); Fct is the cash flow at time t; k is the required minimum rate that the TIR should be equal.
Refrence [61] calculated the TIR using the following model: where VPL is the net present value; n is the total number of years (10); Ect are disbursements (costs) and new investments at time t.
For an investment to be considered attractive, the IRR must be greater than the minimum rate of Attractiveness (TMA). The TMA was assumed to be 10.4%, this rate is commonly used by international development agencies to finance developing countries according to [62].
We calculated the Payback (Capital Return Period) [60] with the following model: where Rt is the revenue at time t; Et is the cost at time t; I is investments; and n is the time in years.

The design of underwater pipelines is possible by using knowledge of the current state of the art in terms of raw water transport, as well as the generation and transmission of offshore wind power.
The technical feasibility was interesting given the easy access to equipment and pipeline systems that have commercial existence in all the equipment and supplies needed to carry out the project.
The economic feasibility was very interesting for the Nile/Tel Aviv-Gaza system, very interesting for the Huanghe to Dalian system, and not interesting for the Parnaíba/Fortaleza system.
The proposal of underwater pipeline rivers provides a new tool for environmental management systems of water supply. In this context, the underwater pipeline rivers enable a new way to mitigate natural or artificial droughts in metropolitan areas in semi-arid environments. The processes and practices linked to them could reduce or even eliminate the vulnerability of the populations of these cities in relation to water shortages.
However, it is necessary to study this system in a complex political-environmental-economic scenario that is specific to each region. The policy dimension should seek a sustainable balance between meeting the water needs of metropolises in semi-arid coastal regions and the environmental impacts inherent in this type of enterprise. 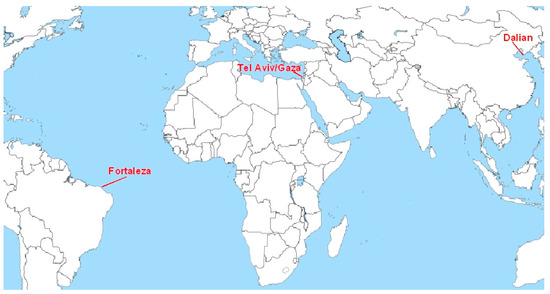 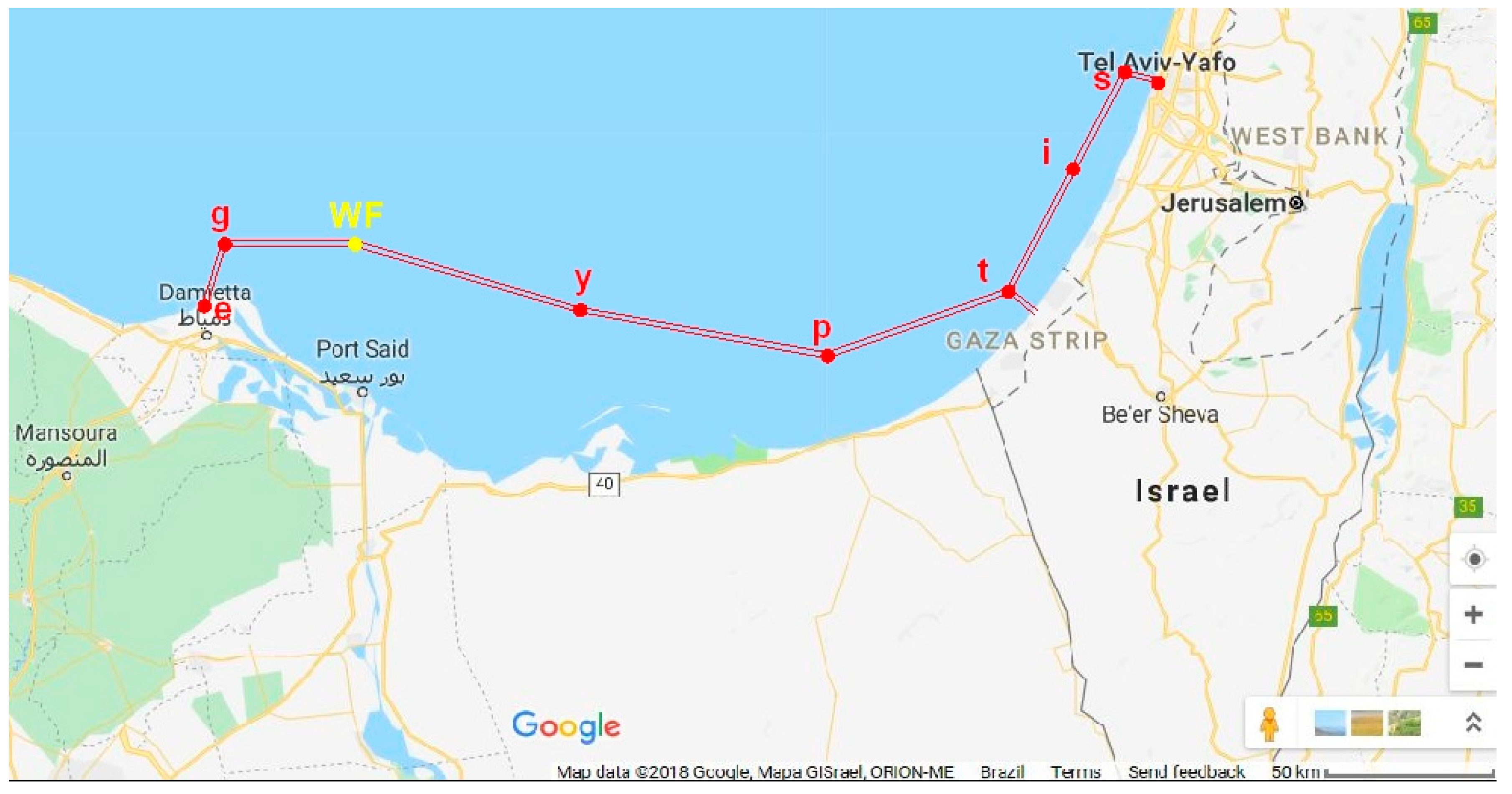 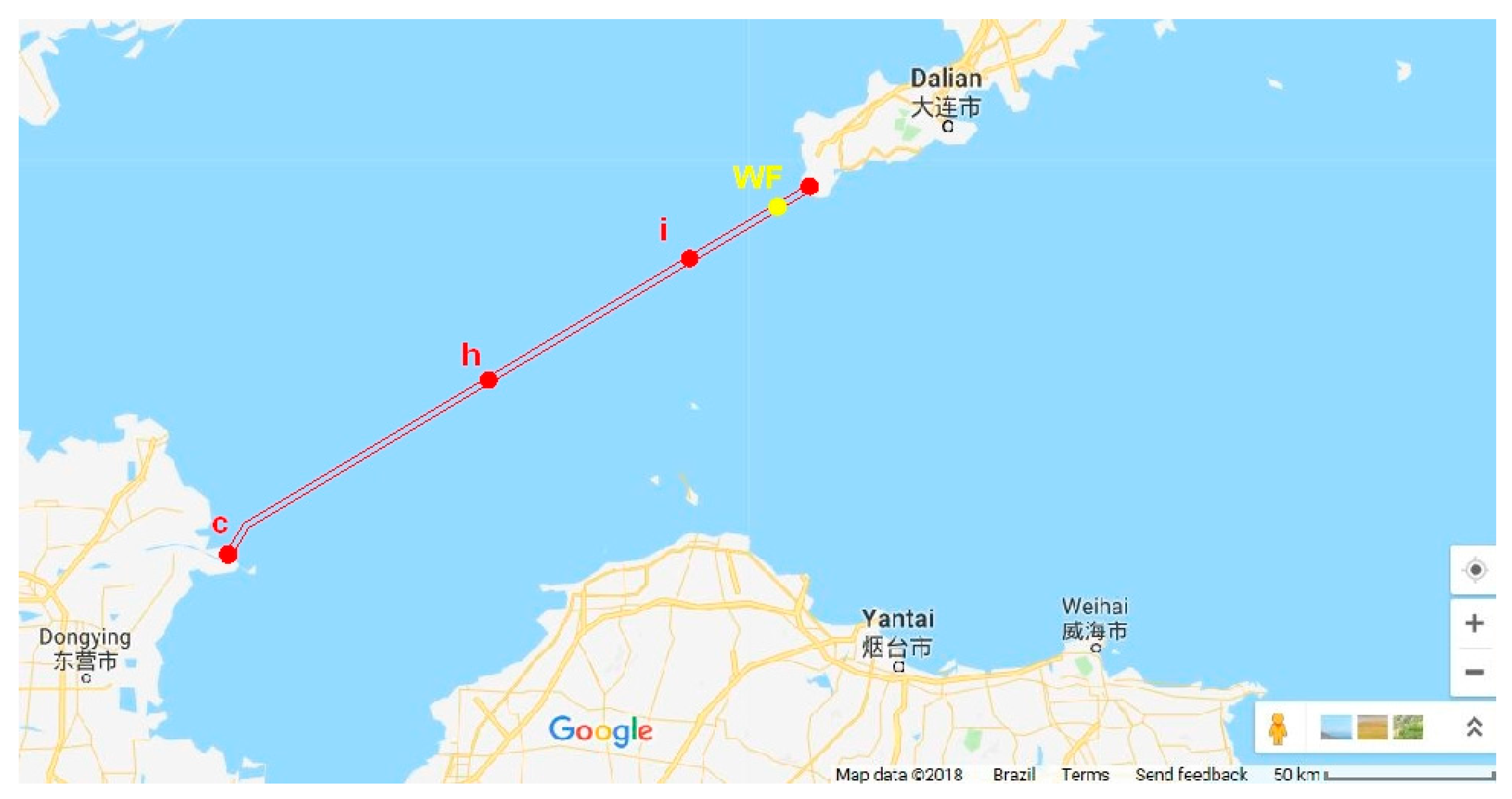 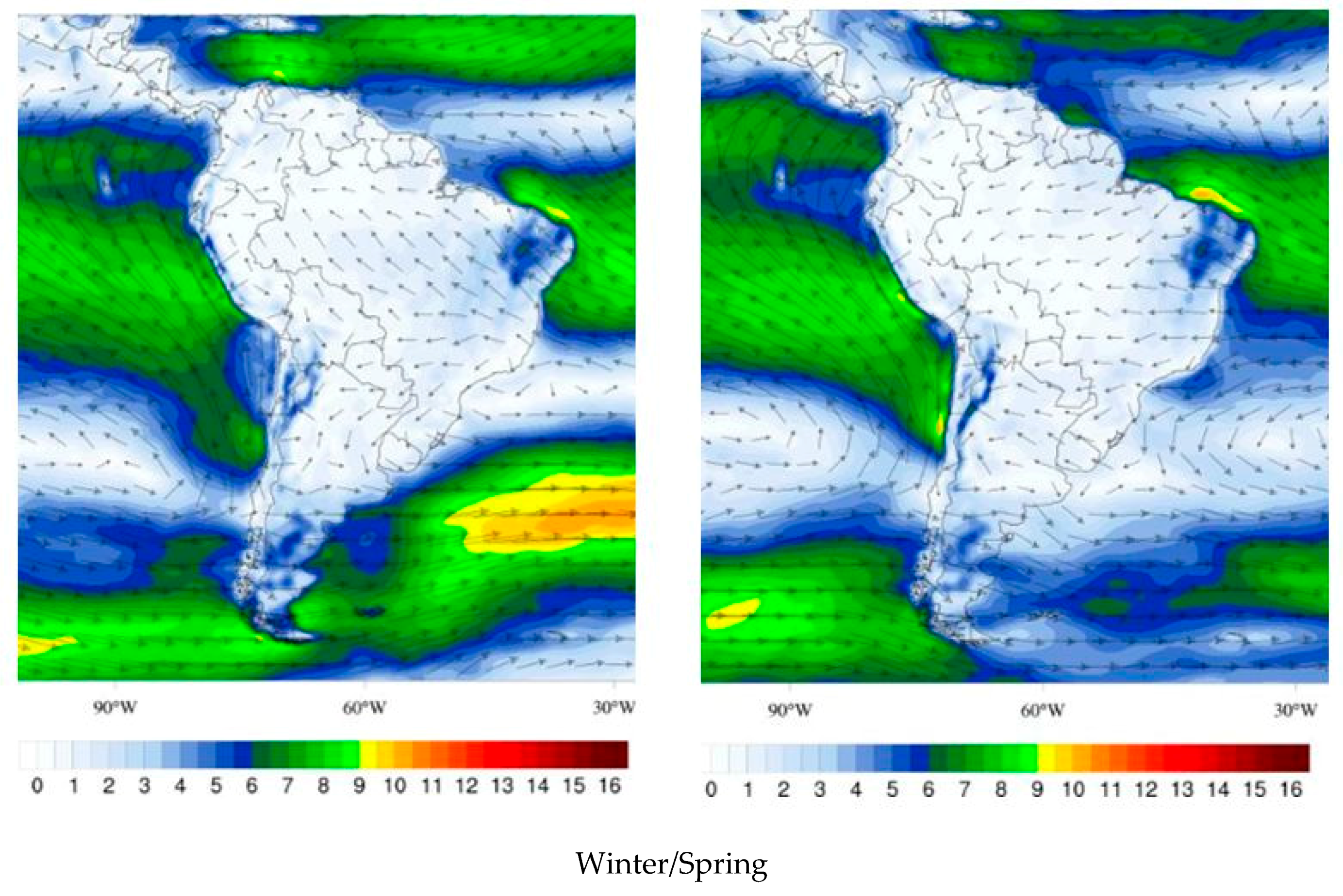 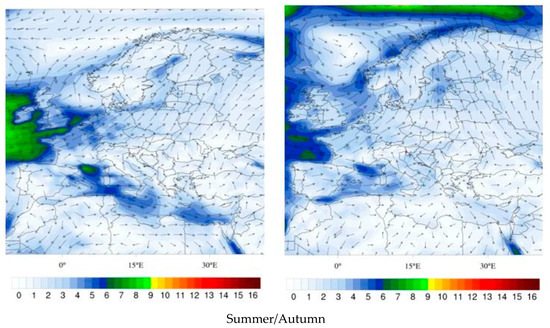 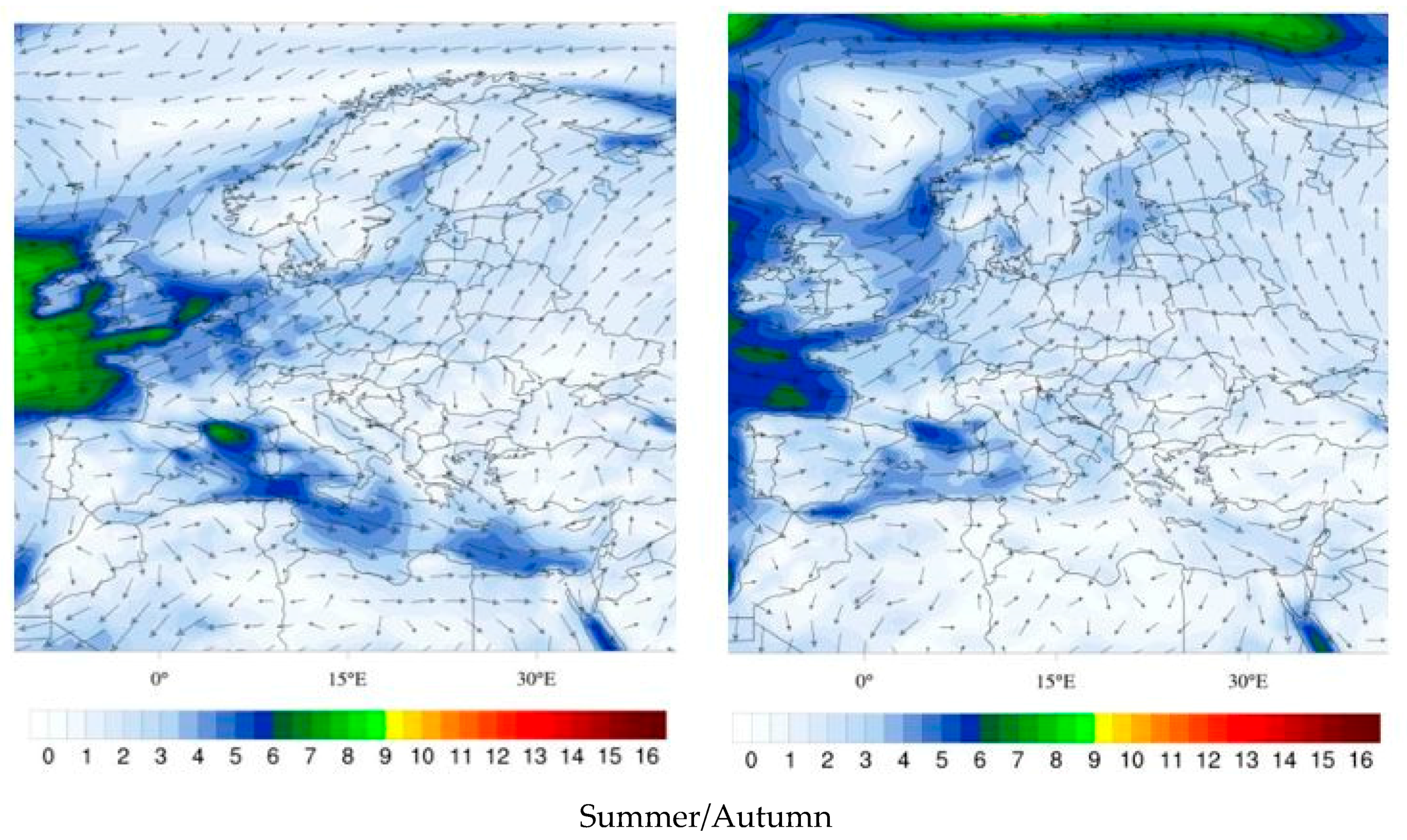 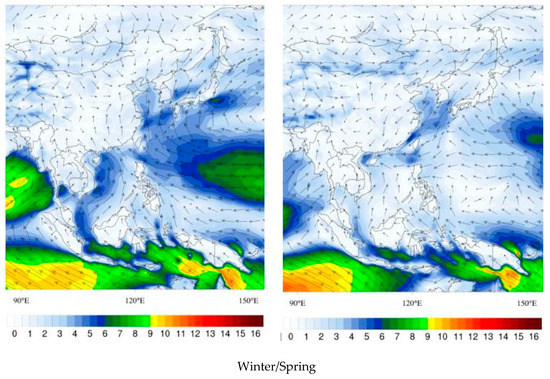 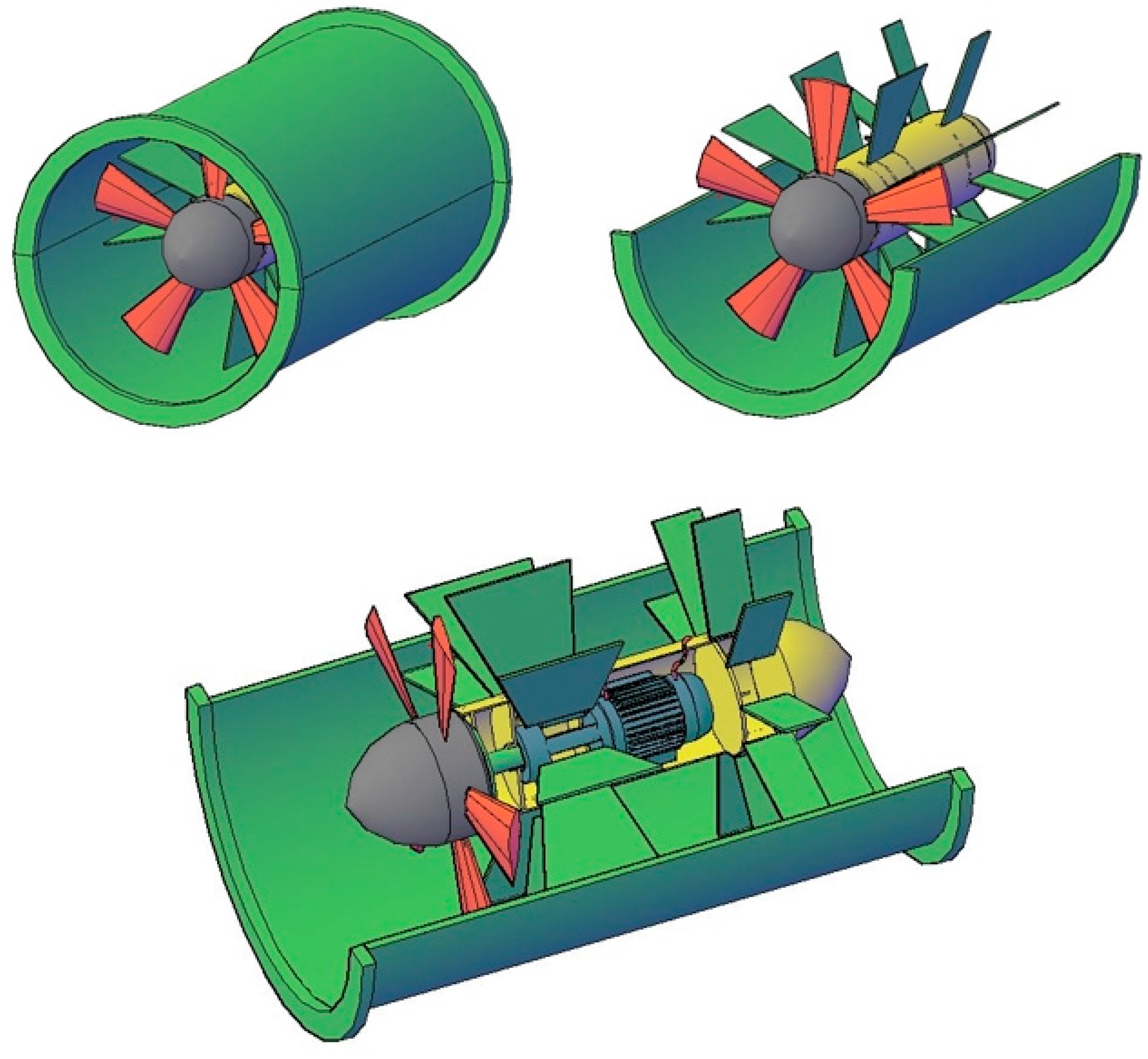