Effects of Agricultural Biomass Burning on Regional Haze in China: A Review

Biomass burning is a long-standing agricultural practice, but increasing population and demand for agricultural land and food has had a profound effect on the extent of biomass burning. Globally, farmers use fire as a tool for the removal of agricultural waste and excess crop residue from fields [1]. In China, wood fuel and crop residue burning are the major sources of biomass burning, accounting for nearly 90% of the total biomass burning (based on dry weight), whereas grassland burning is only a minor source of biomass burning [2]. Approximately 140 Tg of agricultural straw is burned in fields every year in China [3].
Biomass burning contributes large quantities of gases and particulate matter to the atmosphere. Emissions of gaseous pollutants and aerosol particles from biomass burning have a significant impact on air quality, human health, and climate [4,5] and significantly contribute to the tropospheric radiation budgets on local, regional and even global scales [6,7,8]. Due to the substantial effect of biomass burning on air quality and climate, biomass burning emissions and their impact on air quality has been extensively studied in China through ground observation [4,9], satellite remote sensing [10,11], and model simulation [12,13]. There are three approaches to estimating biomass burning emissions: (1) combining statistical data (e.g., product of crop production, residue-to-production ratio, dry matter-to-crop residue ratio, the percentage of dry matter burned in fields, etc.) with the corresponding emission factors [14,15]; (2) based on the burned area detected by satellites [16,17]; and (3) based on fire radiative power (FRP) derived from satellite [11,18]. Generally, compared with statistical data, satellite data overestimate forest burning and underestimate crop residual biomass burning [2], because most biofuel is burned indoors and open field burning of small area is not detected by satellite [2]. In China, the average cultivated area of a farming household is only two acres (0.001334 km2) [19]. Open field burning occurs on a small scale and short duration, making it difficult to detect by satellite [14]. Liu et al. [11] estimated emissions from crop burning in fields across the North China Plain using the Moderate Resolution Imaging Spectroradiometer (MODIS) FRP. Their results were consistent with a previous study adopting an agricultural statistical approach [17], but significantly higher than emissions derived from the MODIS burned area product and Global Fire Emissions Database, Version 3.1 (GFEDv3.1, ORNL DAAC, Oak Ridge, TN, USA), respectively. In GFEDv3.1, emission estimation is based on MODIS burned area product. Van der Werf et al. [20] reported that emissions from agricultural fires were likely underestimated in GFEDv3 because some actual agricultural fire activity was not detected. Although study methodologies differ, the purpose of all the studies was to estimate biomass burning emission and analyze the effect of biomass burning on air quality.
In this paper, we review our present understanding about biomass burning and regional haze status in China in the past few years; discuss the relationship between biomass burning and regional haze in terms of spatio-temporal patterns and chemical composition; and finally provided some suggestions for reducing the effect of biomass burning on regional haze. We conclude that prescribed burning would be a more suitable solution for the disposal of large quantities of substantial agricultural straw in China.

Biomass burning is the burning of living and dead vegetation, including anthropogenic burning and natural fires [8]. Ninety percent of all biomass-burning is thought to be human initiated [8]. Anthropogenic burning is used in many applications, such as agricultural expansion, weed and residue burning, and harvesting practices. Natural fires include forest and grassland fires, caused by lighting [8]. Globally, it is estimated that 8700 Tg of dry matter is burnt each year [7]. China is one of the greatest sources of biomass burning emissions [14], predominantly due to anthropogenic burning such as post-harvest agricultural open field biomass burning. A previous study has estimated that about 122 Tg of crop residues are burned annually in China [14]. Since 1997, a series of regulations and laws to prohibit field burning were enacted by the Chinese government [2]. Farmers were encouraged to return crop residue to agricultural soils as fertilizer. However, despite these prohibitive laws, changes in practice were not widely adopted by farmers. For example, about 43% of crop residue was burned in the field in Suqian according to field investigations from 2001 to 2005 [21].
In China, crop residue burning accounts for a major part of total biomass burning [2]. There are several reasons for this. Firstly, China is an agricultural country, and produces large amounts of crop residue every year. Secondly, due to the high cost of straw collection, and limited room for straw storage, open field burning is the most effective option of all treatments. Finally, mechanized harvesting is another reason for crop residue burning in the field [21,22]. After mechanized harvesting, the height of the stubble left in the fields is about 30 cm, making sowing difficult. Fragments are scattered throughout the field, making recovery difficult and reducing the potential for reuse as an industrial raw material.
Crop residue burning has an obvious spatial and temporal pattern in China. Based on the daily fire point derived from MODIS from 2002 to 2015, fire peak month and intensity were documented by Zhong et al. [23]. Most of the burning was observed in Eastern China. Previous studies also demonstrated that the North China Plain, Northeastern China and South China were the most important contributors to crop open burning in fields [17]. More than 80% of the agricultural burnings were in the agricultural regions, such as Anhui, Jiangsu, Shandong and Henan Provinces [10]. The temporal pattern of crop open burning is significantly associated with local sowing and harvest timing. In Mainland China, there were two distinct peaks corresponding to the summer and autumn harvest periods, especially in June and October [10]. The annual percentages of fires that occurred in June and October were 61–86% and 5–14%, respectively, according to active fire products derived from MODIS from 2009 to 2010 [10]. In the Northern China Plain, over 75% of the annual fires occurred in June, with another smaller peak in early October [17].
Besides the obvious spatial and temporal patterns, emissions of gaseous pollutants and aerosol particles from biomass burning also have distinct aerosol characteristics. Emissions from biomass burning are known as a source of greenhouse gases such as carbon dioxide, methane, and nitrous oxide. Furthermore, aerosols emitted from biomass burning have high mass concentrations of PM2.5 (particles smaller than 2.5 μm in diameters), OC (organic carbon), EC (elemental carbon) and K (potassium) [24]. Reports suggest that approximately 50–70% of the mass of all particle emissions from biomass burning is carbon, with OC and EC accounting for 55% and 8% of fine particle mass, respectively [25]. Trace inorganic species, mostly dominated by K, Cl (chlorine) and Ca (calcium), account for approximately 10% of the mass of fresh smoke [25]. In China, the PM mass concentrations tend to be higher in winter, due to the high coal consumption [26]. The emissions of OC, EC and PM have two peaks, in May to June and October, after the harvesting of crops. Because the two periods are times of important agricultural activities, the increase of biomass burning, fertilizer and other agricultural activities during this time contributes a great amount of OC, EC and PM [26]. The sensitivity of gaseous pollutants and aerosol particle emissions from biomass burning to air quality was also simulated by Zhong et al. [27]. Their results suggest that the improvement of provincial-level emissions estimation of primary PM, SO2 and NOX should be considered in future studies.
Estimates of the effects of biomass burning on regional haze and air quality are based on emission inventories of agricultural straw burning. The emission inventory was calculated by multiplying the total amount of crop residue burnt by the corresponding emission factors. Methods for establishing an emission inventory include a bottom-up approach and a top-down approach [22]. The difference between the two approaches is the calculation of amount of crop residue burnt. In the bottom-up approach, the total amount of crop residue burnt was based on statistical data (e.g., product of crop production, residue-to-production ratio, dry matter-to-crop residue ratio, the percentage of dry matter burned in fields, etc.), whereas the top-down approach was based on satellite data. There are also two approaches about satellite data, one is based on the burned area, and the other is based on FRP. However, each of the methods has some limitations. Statistical data acquisition requires more time to analyze the collection of agricultural straw products, burnt fraction and burnt efficiency data, while satellite data perform poorly for small fires, especially for burned-area-based approach. Indoor biofuel burning and open field burning with a smaller area was not detected by satellite. FRP-based approach was developed in the past few years; it can calculate biomass burning emission inventory with higher temporal and spatial resolution, which is more suitable for model users. Nonetheless, the emission inventory is important for estimating the effect of agricultural residue burning on air quality and climate change [11].

Although agricultural open field burning was prohibited by the government, the effectiveness of this ban is limited and new solutions should be implemented. Since agricultural straw is very useful, there are some suitable solutions, as follows:

(1)
Electricity generation: Electricity generated by biomass generally offers a favorable price, high efficiency and low emissions, but often has unfavorably high land and water usage. Sixty-two countries produce electricity from biomass [42]. In China, the maximum power generation potential of agricultural biomass resources is 70,465.35 MW, and the preferred development areas include Heilongjiang, Henan, Shandong and Jilin provinces [43]. In fact, electricity has been generated in Jilin Provence using this method since 2015.
(2)
Animal feed supply [44]: Besides cellulose, straw contains hemicellulose and lignin which are palatable to ruminants such as cows.
(3)
Bio-ethanol production: Rice straw can be used in bio-ethanol production, bringing additional income and allowing sustainable utilization [45].
(4)
Returning straw to the field: This solution is an important soil management practice to improve soil fertility. For example higher soil organic carbon, nitrogen, and phosphorus contents were observed following straw-returning than under normal tillage.

The study was completed with cooperation among all authors: Hongmei Zhao conceived and designed the research topic and wrote the manuscript. Xuelei Zhang, Shichun Zhang, Weiwei Chen, Daniel Q. Tong, and Aijun Xiu collaborated in discussing the manuscript and providing editorial advice. 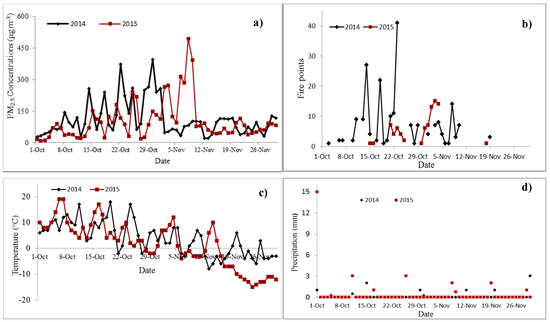