Recent Trends of Extreme Precipitation and Their Teleconnection with Atmospheric Circulation in the Beijing-Tianjin Sand Source Region, China, 1960–2014
Next Article in Special Issue

The Spatiotemporal Distribution of Air Pollutants and Their Relationship with Land-Use Patterns in Hangzhou City, China
Previous Article in Journal

:
Air pollution is an important public health issue. High levels of carbon monoxide in the atmosphere are hazardous to human health. Studies regarding the concentration of this and other gases in the atmosphere allow political actions to manage and reduce the emission of pollutants. In this context, this paper studied the annual, seasonal, weekly and daily variations of carbon monoxide (CO) concentration for the Metropolitan Region of São Paulo (MRSP). We studied three sites in the MRSP, two of them are located in areas under the influence of heavy vehicle traffic (Osasco and Congonhas) and the third one in a city park (Ibirapuera Park). The results showed high influence of gasoline vehicles on CO emission. In the annual scale, CO concentration decreased due to improvements in emission technology, despite the increasing number of vehicles. CO emission showed a seasonal, weekly and diurnal cycle associated to meteorological conditions and emission patterns. The highest values of mean concentration were observed in June/July for Osasco (2.20 ppm), Congonhas (2.04 ppm) and Ibirapuera (1.04 ppm), during the morning, due to weak dispersion of the polluting gases and higher emission from the rush hours.
Keywords:
carbon monoxide; diurnal cycle; seasonal cycle; urban pollution; pollution trends

The MRSP was chosen due to its economic importance, as well as the high vehicular and industrial pollution rates. Among the 27 automatic air quality monitoring stations in the MRSP, there are 17 which currently measure CO. Three stations were selected (Osasco, Congonhas and Ibirapuera) based on two relevant criteria: firstly, they have the longest record of CO measurements, appropriate for long-term studies. The other remaining stations do not have the same length in their time series and it would be unappropriate to compare concentrarions measured in other locations using different years. Second, their locations: two (Osasco and Congonhas) are located close to the regions with intense vehicle traffic, while the third (Ibirapuera) is inside a city park, which would better represent conditions exposed to (in the first two stations) and not exposed to (in the latter) high CO emissions.

Osasco station (Figure 2a) is in the western portion of the MRSP, in a residential, commercial and industrial area. This station is located approximately 20 m from Autonomistas Avenue, and 45 m from Visconde de Nova Granada Avenue. Both avenues have intense traffic of light and heavy-duty vehicles. So, this station is directly influenced by vehicular emissions.
Congonhas station is located in the south of MRSP, in a commercial and residential area (Figure 2b). This station is approximately 6 m from Avenida dos Bandeirantes and 400 m from Congonhas National Airport. It is also strongly affected by heavy-duty vehicle traffic.
Also located in the south of the MRSP, and approximately 3000 m from the Congonhas station, Ibirapuera station is located (Figure 2c) in a city park surrounded by urbanized areas where the predominant characteristics are residential. This station is approximately 500 m from the Republica do Líbano Avenue and 750 m from Ibirapuera Avenue, so it is not directly influenced by these sources. More information can be found in Table 2.
Clearly, these three stations do not represent the whole intra-urban variability of CO emissions, concentrations and urban conditions in the MRSP area. However, this can be an extremely difficult task and is outside the scope of this study. Despite this fact, the three chosen monitoring stations represent typical conditions of regions directly impacted by (Congonhas, Osasco) or removed from (Ibirapuera) CO emissions throughout the city. So, instead of analyzing too many stations in a shorter time period, we decided to focus on a few long-term monitoring stations in order to capture, more significantly, its temporal evolution and variations in different time scales. This would allow for identifying more clearly the different patterns and cycles of relevance for CO concentration in a variety of time scales and and their association to different factors such as atmospheric conditions and traffic circulation.

In this study, 16 years of air quality data were used, from January 2000 to December 2015. The samples were averages of hourly frequency. Information on CO concentrations, in part per million (ppm), was obtained from the database of the São Paulo State Environmental Protection Agency (CETESB), in the Air Quality Monitoring department (ar.cetesb.sp.gov.br/qualar/). CETESB obtains the concentrations of this pollutant using an automatic monitoring network connected to a central computer through the telemetry system. Information, recorded on an uninterrupted basis, is processed based on the average established by legal standards and are made available every hour. At 5 o’clock in the morning (local time) there is an automatic calibration of the equipment, so there are no measurements for CO at this hour.
The method used to measure CO concentration is the non-dispersive infrared. It consists of the absorption of radiation by CO. The interaction of this gas with the incident radiation emits energy in the infrared region, so these interactions are detected electronically, amplified and, consequently, quantified. The results are in simple average terms. The analysis of the collected data was performed in terms of annual, monthly, weekly and diurnal cycles.

The behavior of the annual, seasonal, weekly and daily variations of CO concentration in the Megacity of São Paulo were prospectively studied. Based on the results, we concluded that in terms of annual variations, CO concentrations decreased in all studied sites, in 0.114, 0.086 and 0.034 ppm per year−1 for Congonhas, Osasco and Ibirapuera, respectively. This trend in the reduction of CO over the years is attributed mainly to the decrease in vehicle emissions due to new technologies and the implementation of environmental laws which demand that the car manufacturers comply with the standards of emission enforced by public agencies, since the vehicle fleet has increased every year. Similar results were also observed in other studies for other locations [15,51]. Among the localities analyzed in this study, Osasco and Congonhas presented the highest levels of CO concentration, however, also indicated the greatest decreases. The high concentration of this pollutant for these two stations is due their location, close to avenues with intense vehicular traffic. Ibirapuera station, because it is located inside a park and more distant from the roads, presented the lowest values of concentrations when compared to the other stations (around 55% considering the average among 16 years).
In terms of seasonal variations, the maximum values of CO concentrations occurred in June and July (winter), while the lowest, in December, January and February (summer). This behavior is mainly due to meteorological and chemical factors. In terms of weather, the months of December and January (summer) are characterized by high temperature and precipitation ratios that provide unstable atmospheric conditions, promoting the dispersion or removal of CO. In this case, the dispersion is mainly due to the convective and turbulent processes in the boundary layer, while the removal, to the high rainfall ratio. In June, July and August (winter), higher atmospheric pressure and lower temperatures are associated to more stable atmospheric conditions and less rainfall. A lower planetary boundary layer reduces the convective and turbulent processes, and together with low rainfall rates, hinders CO dispersion. The daily CO concentration evolution in urban regions is directly related to the temporal evolution of vehicular traffic and the local meteorological conditions such as the height of the thermal inversion and the intensity of the atmospheric turbulence [27,28].
In general, the diurnal cycle of CO concentration presents two peaks, in the morning (between 8 and 9 h) and in the early evening (between 19 and 20 h). These maximum concentration values occur due to the heavy traffic of motor vehicles at these hours. Another important factor is the low efficiency (low turbulence) of the planetary boundary layer in dispersing the CO in these two periods of the day. In the early hours of the morning, motor vehicle traffic is intense and surface heating by solar radiation is still not enough to break the previous night’s thermal inversion layer, causing the pollutants to remain concentrated in regions close to the surface. After 10 a.m., the intensity of the traffic decreases and the growth of the PBL increases allowing the transport of the to the upper layers due to the strong convective activity, which favors the dispersion throughout the layer. As a result, the concentration levels on the surface decrease and rise again by the end of the afternoon, when convective activity decreases and motor vehicle traffic intensifies.
The diurnal cycle analysis of each day of the week clearly shows the impact of the vehicular traffic on the diurnal variation of CO concentration levels. On weekdays, a similar behavior is observed, except after 20 h. For these times, in most locations, Friday presents the highest CO concentrations. This feature is directly associated with highest traffic congestion according to the traffic engineering company. On Sundays, peaks occurred at night because of the return of vehicular traffic at the end of the weekend. For the first hours of the day (between 1 and 4 h), weekends present higher values of CO concentration due to the contribution of the previous day’s emissions and greater atmospheric stability during the nighttime. The diurnal cycle of CO concentration, analyzed for each season of the year, shows that the amount of CO in the atmosphere is higher during the winter months, followed by autumn and spring, with the lowest concentration observed during summer months.

The authors express their gratitude for Conselho Nacional de Desenvolvimento Científico e Tecnológico—CNPQ (National Counsel of Technological and Scientific Development) (No. 800012/2016-0) for providing the fellowship for Vinicius Rozante and Coordenação de Aperfeiçoamento de Pessoal no Nível Superior—CAPES (Coordination for the Improvement of Higher Level Personnel) (No. 88887.115872/2015-01) for providing the postdoc fellowship for Débora Souza Alvim. We are grateful for CETESB for providing us with the monoxide carbon data and the Companhia de Engenharia de Tráfego—CET (Traffic Engineering Company) for providing us with the traffic data. 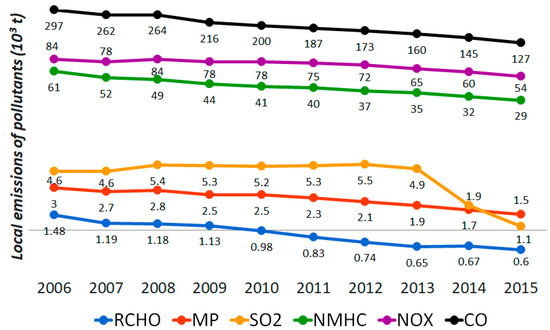 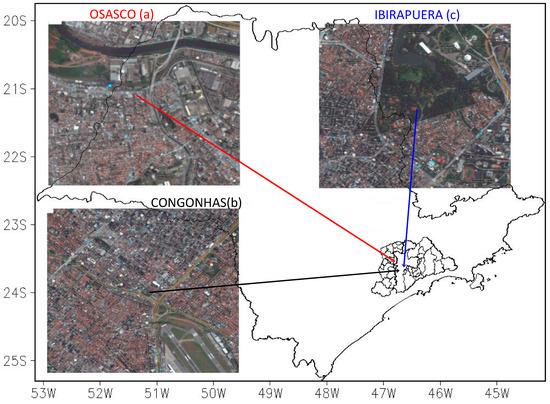 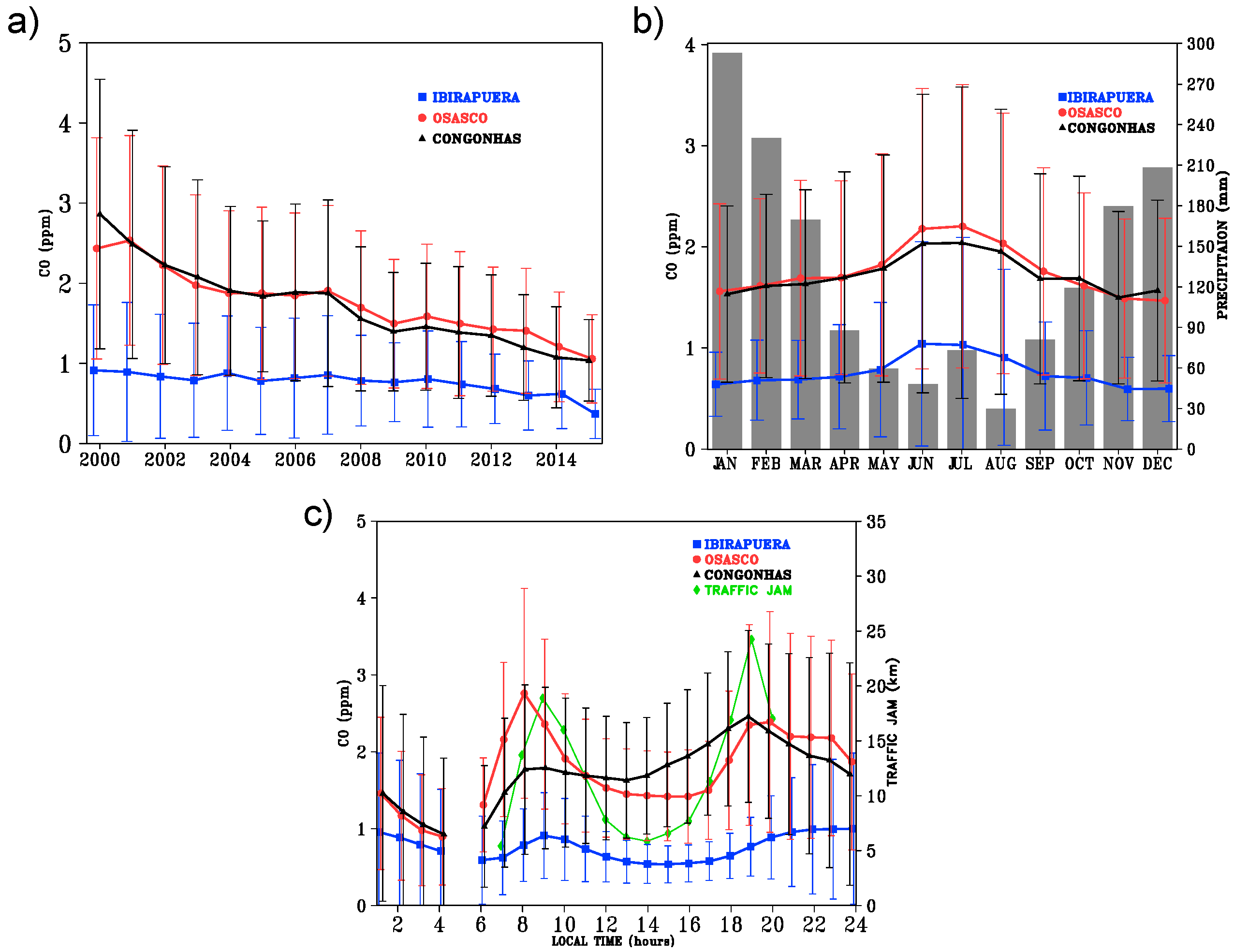 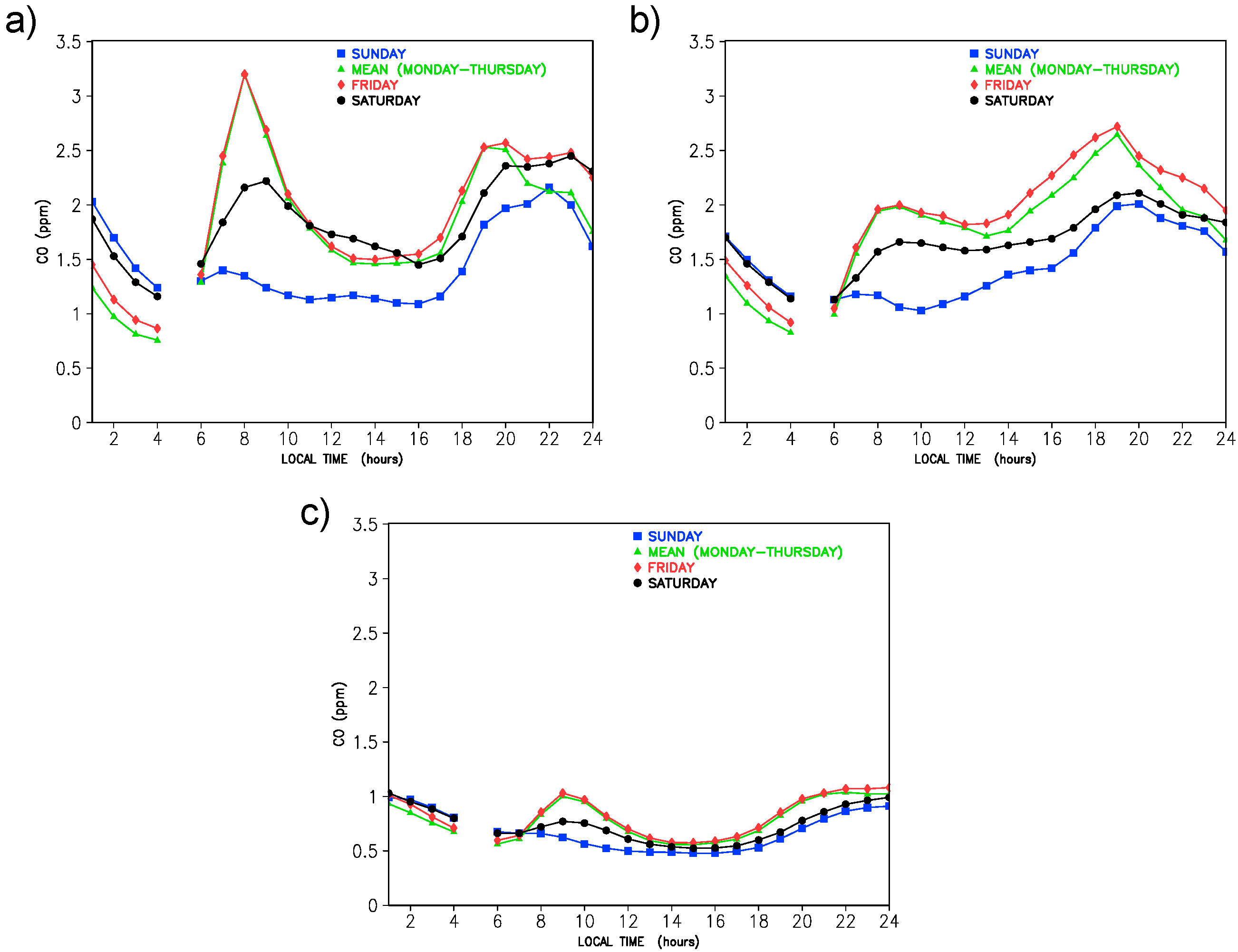 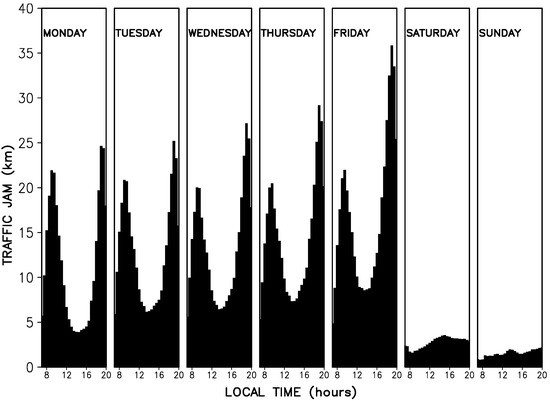 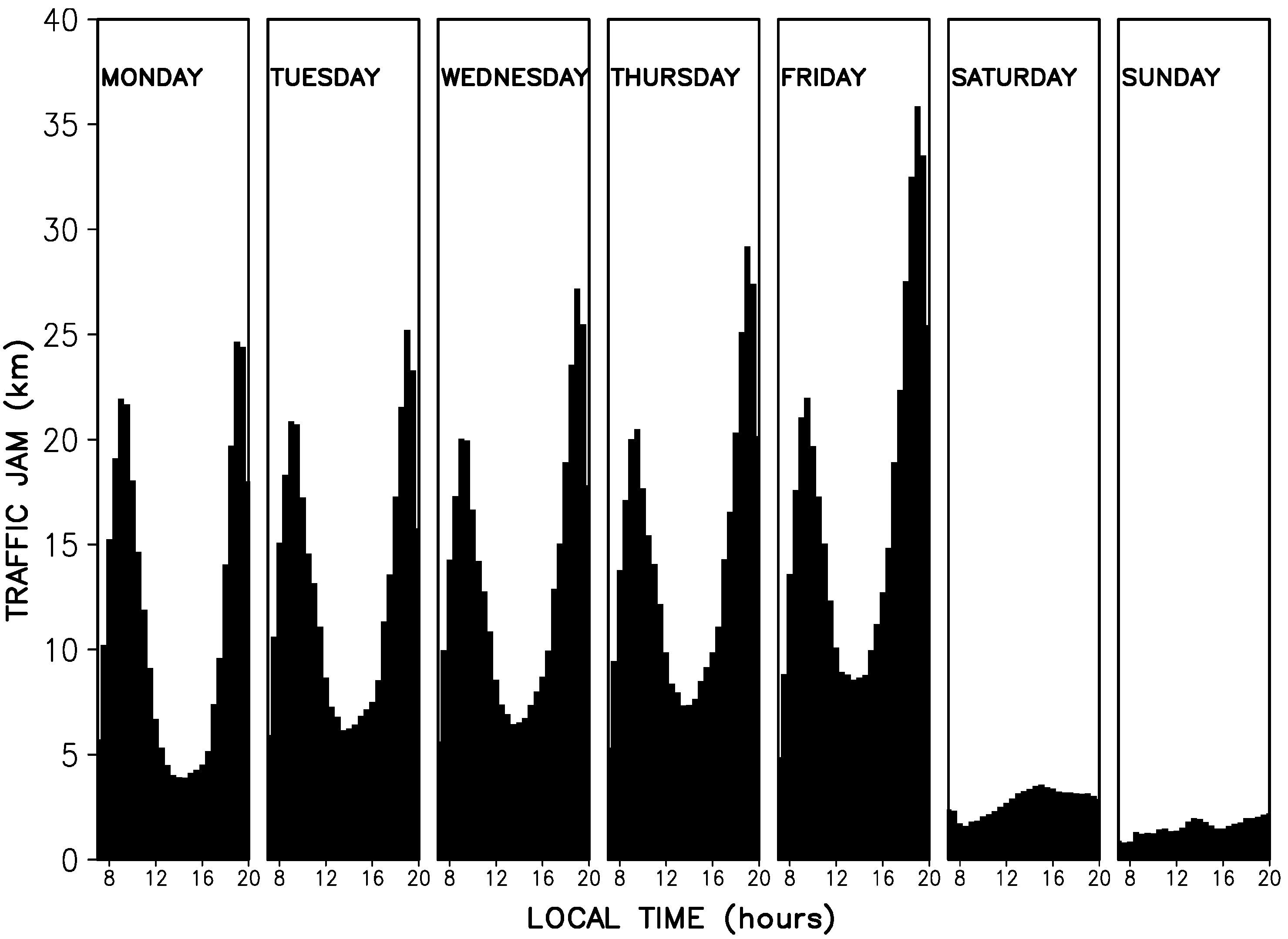 Table 2. Additional information about the stations.
Table 2. Additional information about the stations.
We use cookies on our website to ensure you get the best experience. Read more about our cookies here.
Accept
We have just recently launched a new version of our website. Help us to further improve by taking part in this short 5 minute survey here. here.
Never show this again