Studies based on the 10th (90th) percentiles as thresholds have been presented to assess moderate extremes in China and globally. However, there has been notably little research on the occurrences of high extremes of warm days and hot days (TX95p and TX99p) and cold nights and very cold nights (TN05p and TN01p), based on the 95th and 99th (5th and 1st) percentiles of the daily maximum (minimum) temperature data at a certain station in the period 1971–2000, which have more direct impacts on society and the ecosystem. The trends analyses of cool nights or warm days are based upon the hypothesis that expects a linear trend and no abrupt change. However, abrupt changes in the climate, especially in extreme temperatures, have been pointed to as a major threat to ecosystem services. This study demonstrates that (1) the mean frequencies of TX95p and TX99p increased by 1.80 day/10 year and 0.62 day/10 year, respectively, and that those of TN05p and TN01p decreased by 3.18 day/10 year and 1.01 day/10 year, respectively, in mainland China. Additionally, the TX95p and TX99p increased significantly by 50.42% and 58.21%, respectively, while the TN05p and TN01p of all of the stations decreased significantly by 83.76% and 76.48%, respectively. Finally, (2) the TX95p and TX99p trends underwent abrupt changes in the 1990s or 2000s, but the trends of TN05p and TN01p experienced abrupt changes in the late 1970s and early 1980s. After the abrupt change points, the trend of warm and hot days increased more rapidly than before in most regions, but the trend of cold days and very cold days decreased more slowly than before in most regions, which indicates a greater risk of heat waves in the future. View Full-Text
Keywords: temperature extreme; heat waves; global warming; climate change; extreme weather events; maximum temperature; minimum temperature temperature extreme; heat waves; global warming; climate change; extreme weather events; maximum temperature; minimum temperature
►▼ Show Figures 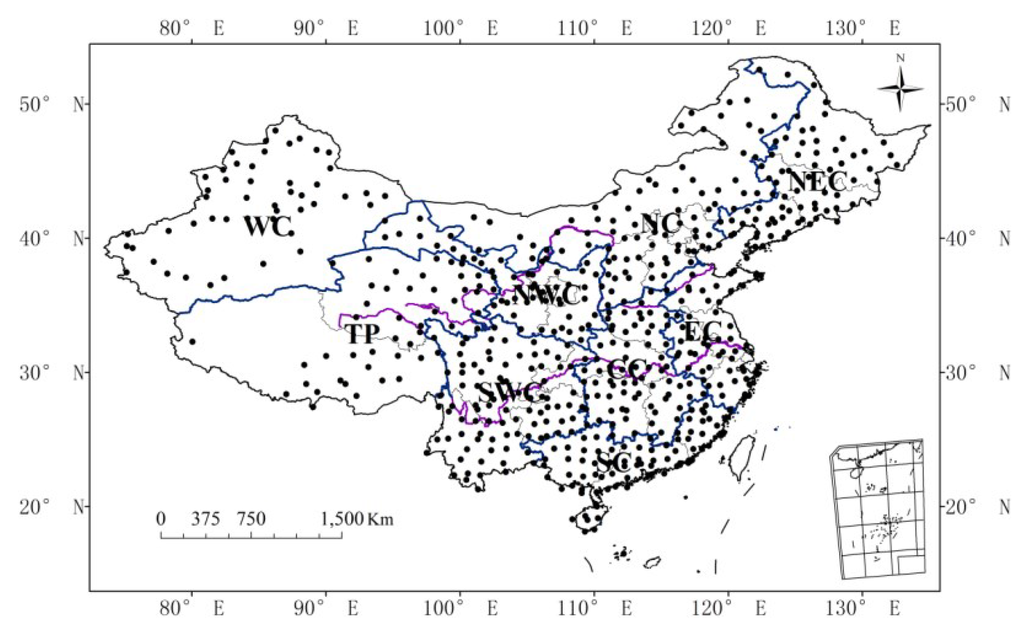