The Effects of Display Type, Weather Type, and Pilot Experience on Pilot Interpretation of Weather Products
Next Article in Special Issue

During leisure time, people can decide if they want to expose themselves to solar ultraviolet (UV) radiation and to what extent. While working, people do not have this choice. Outdoor workers are exposed to solar UV radiation (UVR) on a daily basis. This may pose a certain health risk, which can be estimated when the personal solar UVR exposure (PE) is known. During past decades, a variety of studies were conducted to measure PE of outdoor workers and our knowledge of the PE of outdoor workers has increased remarkably. As shown by this review, studies clearly indicate that PE of most outdoor workers exceeds the internationally proposed threshold limit value, which is comparable to 1.0 to 1.3 standard erythema dose (SED), respectively, to 1.1 to 1.5 UV Index received over one hour. Besides working in a high UVR environ, monotonic workflow (limited movement, nearly static posture) is a risk factor. In such cases, PE can be higher than ambient UVR. In this review, we provide also a list of milestones, depicting the progress and the most important findings in this field during the past 45 years. However, in many respects our knowledge is still rudimentary, for several reasons. Different measuring positions have been used so that measured PE is not comparable. Few studies were designed to enable the extension of measured PE to other locations or dates. Although the importance of a proper calibration of the measuring devices in respect to the changing solar spectrum was pointed out from the beginning, this is often not performed, which leads to high uncertainties in the presented PE levels. At the end of our review, we provide some key points, which can be used to evaluate the quality of a study respectively to support the design of future studies. View Full-Text
Keywords: solar UV radiation; UV exposure; occupational UV exposure; personal UV exposure; exposure ratio to ambient UV; UV exposure measurements solar UV radiation; UV exposure; occupational UV exposure; personal UV exposure; exposure ratio to ambient UV; UV exposure measurements
►▼ Show Figures 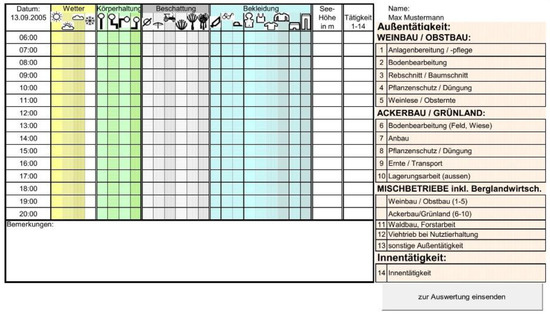