Performance Evaluation of High-Resolution Simulations with COSMO over South Italy

There is an ongoing debate in the climate community about the benefits of convection-permitting models that explicitly resolve convection and other thermodynamical processes. An increasing number of studies show improvements in Regional Climate Model (RCM) performances when the grid spacing is increased to 1-km scale. Up until now, such studies have revealed that convection-permitting models confer significant advantages in representing orographic regions, producing high-order statistics, predicting events with small temporal and spatial scales, and representing convective organization. The focus of this work is on the analysis of summer precipitation over the Alpine space. More specifically, the driving data are downscaled using the RCM COSMO-CLM first at an intermediate resolution (12 km) over the European Domain of Coordinated Downscaling Experiment (EURO-CORDEX domain). Then, a further downscaling at 3 km, nested into the previous one, is performed over the Alpine domain to exploit the results over a complex orography context. Experiments of evaluation, historical and far future under the Intergovernmental Panel on Climate Change (IPCC) RCP8.5 scenario have been considered. Indices as mean precipitation, frequency, intensity, and heavy precipitation are employed in daily and hourly analyses. The results, observed from the analysis of 10 year-long simulations, provide preliminary indications, highlighting significant differences of the convection permitting simulations with respect to the driving one, especially at an hourly time scale. Moreover, future projections suggest that the convection permitting simulation refines and enhances the projected patterns, compared with the coarser resolution. View Full-Text
Keywords: COSMO-CLM; high-resolution simulations; climate projections; extreme events COSMO-CLM; high-resolution simulations; climate projections; extreme events
►▼ Show Figures 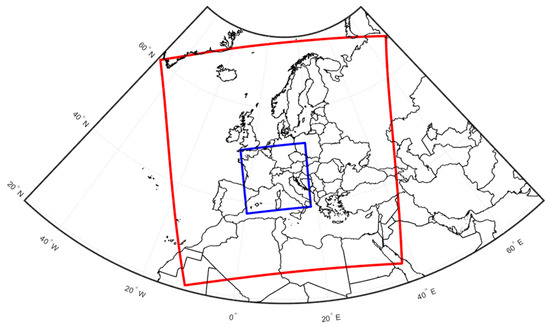