Partition systems are widespread among bacterial chromosomes. They are composed of two effectors, ParA and ParB, and cis acting sites, parS, located close to the replication origin of the chromosome (oriC). ParABS participate in chromosome segregation, at least in part because they serve to properly position sister copies of oriC. A fourth element, located at cell poles, is also involved in some cases, such as HubP for the ParABS1 system of Vibrio cholerae chromosome 1 (ch1). The polar anchoring of oriC of ch1 (oriC1) is lost when HubP or ParABS1 are inactivated. Here, we report that in the absence of HubP, ParABS1 actively maintains oriC1 at mid-cell, leading to the subcellular separation of the two ch1 replication arms. We further show that parS1 sites ectopically inserted in chromosome 2 (ch2) stabilize the inheritance of this replicon in the absence of its endogenous partition system, even without HubP. We also observe the positioning interference between oriC1 and oriC of ch2 regions when their positionings are both driven by ParABS1. Altogether, these data indicate that ParABS1 remains functional in the absence of HubP, which raises questions about the role of the polar anchoring of oriC1 in the cell cycle. View Full-Text
Keywords: partition system; chromosome segregation; chromosome organization; HubP; ParABS; Vibrio cholerae partition system; chromosome segregation; chromosome organization; HubP; ParABS; Vibrio cholerae
►▼ Show Figures 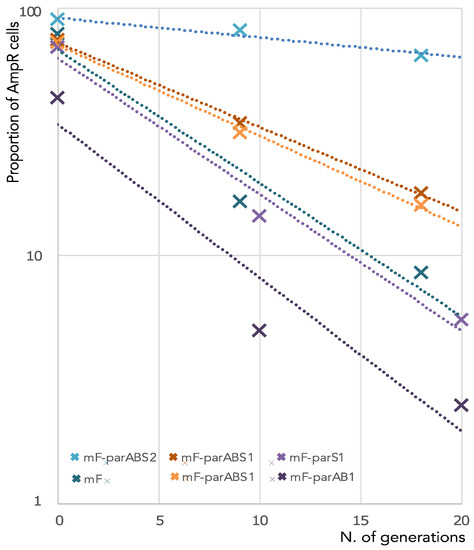