Myocardial Adaptation in Pseudohypoxia: Signaling and Regulation of mPTP via Mitochondrial Connexin 43 and Cardiolipin
Previous Article in Journal

The vertebrate skeletal neuromuscular junction (NMJ) has long served as a model system for studying synapse structure, function, and development. Over the last several decades, a neuron-specific isoform of agrin, a heparan sulfate proteoglycan, has been identified as playing a central role in synapse formation at all vertebrate skeletal neuromuscular synapses. While agrin was initially postulated to be the inductive molecule that initiates synaptogenesis, this model has been modified in response to work showing that postsynaptic differentiation can develop in the absence of innervation, and that synapses can form in transgenic mice in which the agrin gene is ablated. In place of a unitary mechanism for neuromuscular synapse formation, studies in both mice and zebrafish have led to the proposal that two mechanisms mediate synaptogenesis, with some synapses being induced by nerve contact while others involve the incorporation of prepatterned postsynaptic structures. Moreover, the current model also proposes that agrin can serve two functions, to induce synaptogenesis and to stabilize new synapses, once these are formed. This review examines the evidence for these propositions, and concludes that it remains possible that a single molecular mechanism mediates synaptogenesis at all NMJs, and that agrin acts as a stabilizer, while its role as inducer is open to question. Moreover, if agrin does not act to initiate synaptogenesis, it follows that as yet uncharacterized molecular interactions are required to play this essential inductive role. Several alternatives to agrin for this function are suggested, including focal pericellular proteolysis and integrin signaling, but all require experimental validation. View Full-Text
Keywords: synapse; agrin; MuSK; Lrp4; neuromuscular junction synapse; agrin; MuSK; Lrp4; neuromuscular junction
►▼ Show Figures 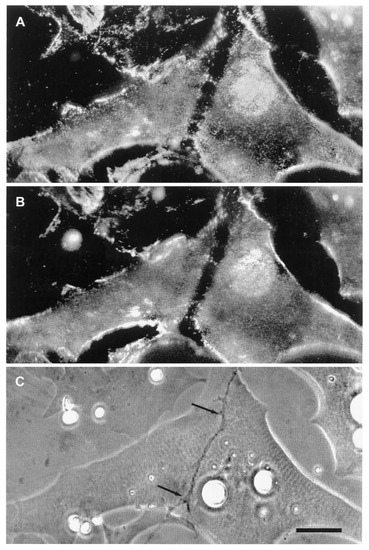