Despite being a natural soil-forming process, soil acidification is a major agronomic challenge under humid climate conditions, as soil acidity influences several yield-relevant soil properties. It can be counterbalanced by the regular application of agricultural lime to maintain or re-establish soil fertility and to optimize plant growth and yield. To avoid underdose as well as overdose, lime rates need to be calculated carefully. The lime rate should be determined by the optimum soil pH (target pH) and the response of the soil to lime, which is described by the base neutralizing capacity (BNC). Several methods exist to determine the lime requirement (LR) to raise the soil pH to its optimum. They range from extremely time-consuming equilibration methods, which mimic the natural processes in the soil, to quick tests, which rely on some approximations and are designed to provide farmers with timely and cost-efficient data. Due to the higher analytical efforts, only limited information is available on the real BNC of particular soils. In the present paper, we report the BNC of 420 topsoil samples from Central Europe (north-east Germany), developed on sediments from the last ice age 10,000 years ago under Holocene conditions. These soils are predominantly sandy and low in humus, but they exhibit a huge spatial variability in soil properties on a small scale. The BNC was determined by adding various concentrations of Ca(OH)2 and fitting an exponential model to derive a titration curve for each sample. The coefficients of the BNC titration curve were well correlated with soil properties affecting soil acidity and pH buffer capacity, i.e., pH, soil texture and soil organic matter (SOM). From the BNC model, the LRs (LRBNC) were derived and compared with LRVDLUFA based on the standard protocol in Germany as established by the Association of German Agricultural Analytic and Research Institutes (VDLUFA). The LRBNC and LRVDLUFA correlated well but the LRVDLUFA were generally by approximately one order of magnitude higher. This is partly due to the VDLUFA concept to recommend a maintenance or conservation liming, even though the pH value is in the optimum range, to keep it there until the next lime application during the following rotation. Furthermore, the VDLUFA method was primarily developed from field experiments where natural soil acidification and management practices depressed the effect of lime treatment. The BNC method, on the other hand, is solely based on laboratory analysis with standardized soil samples. This indicates the demand for further research to develop a sound scientific algorithm that complements LRBNC with realistic values of annual Ca2+ removal and acidification by natural processes and N fertilization. View Full-Text
Keywords: soil acidity; pH buffer capacity; soil-base titration; titration curve soil acidity; pH buffer capacity; soil-base titration; titration curve
►▼ Show Figures 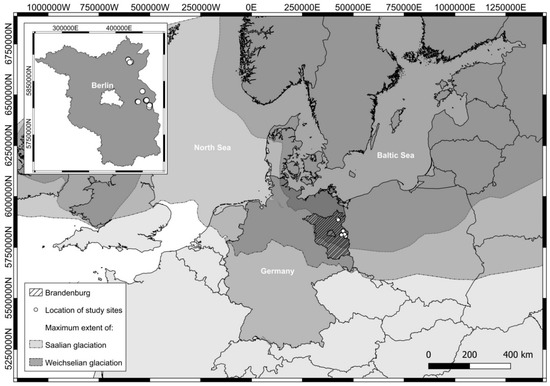