The Impact of Fertilization Regime on the Crop Performance and Chemical Composition of Potato (Solanum tuberosum L.) Cultivated in Central Greece

Potato cultivation is quite demanding in inorganic nutrients and adequate fertilization is a key factor for maximizing yield and producing tubers of high quality. In the present study, a field experiment was carried out to evaluate the effect of various forms of fertilization on crop performance and the nutritional value and chemical composition of two potato varieties (cv. Spunta and cv. Kennebec). For this purpose, five different fertilizer treatments were applied namely: control (C), standard fertilizer (T1), standard fertilizer + zeolite (T2), manure (T3) and slow release nitrogen fertilizer (T4). According to the results, it was observed that slow release treatment (T4) achieved the highest yield for both varieties, while the control treatment presented significantly lower yield compared to the studied fertilization regimes. The dry matter of leaves and shoots was higher in T1 treatment for cv. Kennebec and in T2 and T4 treatments for cv. Spunta, whereas the control treatment presented the highest dry matter content in tubers for cv. Kennebec and T2 and T3 treatments for cv. Spunta. A significant effect of the fertilization regime was also observed on the nutritional value of tubers and more specifically the protein, ash and fat content was increased by treatments T1 and T4, while carbohydrate content was also increased by T3 and T4 treatments for both varieties. Similarly, the total sugars, organic acids, β-carotene and lycopene content was increased in T3 treatment for the Spunta variety, while the antioxidant capacity showed a varied response depending on the fertilizer regime and the tested variety. In conclusion, the fertilization regime has a significant effect not only on the tuber yield but also on the quality of the final product and should be considered as an effective tool to increase the added value of potato crop.
Keywords: antioxidant activity; carbohydrates; carotenoids; manure; phenolic compounds; potato; slow release nitrogen fertilizer; Solanum tuberosum L.; zeolite antioxidant activity; carbohydrates; carotenoids; manure; phenolic compounds; potato; slow release nitrogen fertilizer; Solanum tuberosum L.; zeolite

Potatoes play an important role in human diet worldwide and for that reason they rank fourth as one the most consumed vegetable crops in the world [1]. The large per capita consumption can be easily justified because they are rich in carbohydrates, minerals but also contain a large amount of high quality of proteins, vitamin C, minerals and antioxidant activities [2]. Potato is one of the major vegetable crops cultivated throughout the southern Mediterranean, with Spain and Italy being the main producers, with 2.0 and 1.3 million tons of annual production, respectively [1]. However, during the last 10 years the farming sector has been facing a rapid decrease in total harvested area and total production in potato crop (36.7% and 19.5%, respectively), which has been partially compensated by the increasing yields due to the introduction of new high yielding genotypes and improved farming practices [1].
Lately, there is an increased interest from potato growers in defining the optimal fertilization regimes in order to maximize total yield, while at the same time minimizing the production cost and maintaining high quality [3,4]. Optimizing the efficiency of nitrogen use has been suggested through various methods with the most common practice being the replacement of the single rate nitrogen fertilization through base dressing by multiple rates during the cultivation period through side dressings, depending on plant requirements and growth stage [5,6]. Moreover, nitrogen source (NH4+ or NO3−) can have a tremendous effect on potato growth and yield, while it can also affect nitrate content in tubers [7] and nitrogen use efficiency of the crop [8]. Other studies have shown that apart from nitrogen source, the time of application is equally important for tuber yield. In particular, NO3− nitrogen may induce higher yields than NH4+ nitrogen when applied before or during tuber formation, whereas after tuber formation NH4+ nitrogen was more efficient in terms of tuber yield [9]. Similarly, it has been suggested that application rates may also affect yield and according to many reports increased nitrogen rates could result in higher tubers yield [10,11], although tuber quality may also be affected [12,13], while excessive rates could induce late vegetation and decrease tuber bulking [8].
Considering that nitrogen is usually applied based on empirical standards, the irrational use of fertilizers is very common aiming at higher yields without considering the environmental impact from fertilizer production and the groundwater contamination through leaching [14,15]. Tuber quality is also an issue, since mineral fertilization may have a strong impact on the quality of potatoes [16], as for example nitrogen can present some serious effects on the dry matter, protein and starch content [4].
Zeolites are hydrated alkaline aluminosilicate crystals providing numerous benefits not only to crops but also to the soil. Almost 50 types of zeolite have been recorded, among which clinoptilolite is the most common type of zeolite generally used in agricultural systems [17]. Zeolites have a tendency to absorb NH4+ and K+, while they also contain some of the most fundamental macro- and micro-nutrients a crop needs [18]. Likewise, zeolites present some serious positive effects to the crop by improving soil moisture and nitrogen availability and preventing nitrogen leaching, which leads to the prevention of quick nutrient loss and the facilitation of an adequate nutrient supply to crops [19]. According to Ghannad et al. [20] who studied the effect of different fertilizer programs on the quality and yield of potato, it was found that zeolite treatment as a fertilizer management practice increased the crop yield. Another suggested farming practice includes the combination of zeolite and compost which presents several advantages such as the improvement of water use efficiency and of soil properties, the increase of soil water holding capacity, and the reduction of soil and environmental pollution [21,22,23].
Apart from the acquired knowledge regarding crop needs in terms of macro- and micro-nutrient fertilization, further information is needed for defining the optimal fertilizing regimes for the yield and quality of potato crop within the context of eco-friendly farming management. Taking into consideration the information referred above, it is essential to examine and exploit new fertilizing tools such as zeolite and manure which may replace and/or substitute conventional fertilizers in order to achieve higher yield without compromising the quality of the final product. Therefore, the aim of the present study was to evaluate the effect of different fertilization regimes on total yield, quality characteristics and chemical composition of two potato varieties cultivated in central Greece.

The experiments took place at the experimental field of the University of Thessaly in Velestino, Greece. Two commercial potato (Solanum tuberosum L.) varieties, namely Kennebec and Spunta, were cultivated in a total area of 240 m2 using whole Kennebec and Spunta variety tubers of approximately 80 g and 50 g weight, respectively, as planting material. Prior to planting, soil was configured in hills of approximately 20 cm in height. Planting of tubers was carried out manually on April 6th and 7th, 2016 with distances of 75 cm between hills and 30 cm within each hill and 8–10 cm depth. The experiment followed processing tomato and onion crops from previous growing periods. The soil was sandy clay loam (48% sand, 29% silt and 23% clay), the pH was 7.4, electrical conductivity (EC) was 1.4 dS/m, organic matter content was 1.3 g/100 g soil, total nitrogen content was 0. 85 g/kg, nitrate nitrogen was 9.8 mg/kg, potassium content was 2.0 cmolc/kg, and Olsen P was 30 mg/kg [24]. The experiments wer+e carried out according to the split plot design using fertilization treatments as the main plots and varieties as the sub-plots. Each experimental plot consisted of six hills, three for each variety, while from each plot the two outer furrows were excluded from yield measurements and sampling. Plot dimensions were 4 m wide and 3 m long (12 m2), with corridors of 1 m between them. Each fertilization treatment had four replicates and 20 plots at total have been used for the experiments.
Five fertilizer treatments were applied, namely: (i) Control (C) with no fertilizer added, (ii) standard fertilizer (T1) in amounts that allowed the application of 250 kg/ha of N in the form of ammonium sulfate (N-P-K: 21-0-0 + 24 S + 0.2 B; Yara S.A., Athens, Greece), (iii) standard fertilizer + zeolite (T2) in amounts that allowed the application of 250 kg/ha of N in the form of ammonium sulfate (N-P-K: 21-0-0; Yara S.A., Athens, Greece) and the addition of 3.3 kg of zeolite per plot, (iv) manure (T3) in amounts that allowed the application of 250 kg/ha of N (approximately 20 tons per ha) and (v) slow release nitrogen fertilizer with urease inhibitor (T4) in amounts that allowed the application of 250 kg/ha of N in the form of urea (N-P-K: 46-0-0; Nutrimore N-Plus, Gavriel S.A., Athens, Greece). In treatments T2 and T3, standard fertilizer was applied in three doses (base dressing and two side dressings), while manure (T3) and slow release nitrogen fertilizer (T4) were applied with base dressing. In all treatments, except for control (C), 150 and 300 kg/ha of P, K were added with base dressing in the form of triple phosphate (N-P-K: 0-48-0; Gavriel S.A., Athens, Greece) and potassium sulfate (N-P-K: 0-0-52; Gavriel S.A., Athens, Greece), respectively. Irrigation was applied regularly via a sprinkler irrigation system, while weed control and hilling were carried out manually with hoeing. Pests and pathogens were controlled with chemical management according to standard cultivation practices.
For dry matter content estimation, three whole plants were collected from each plot at 86 days after planting (DAP), then divided in shoots and leaves and dried in a forced-air oven at 72 °C to constant weight. Harvest of potato tubers took place on July 18-19, 2016 (105 DAP). Tubers from each plot were considered for yield estimation, while a batch sample of 15 tubers from each plot and each variety were used for chemical analyses. Dry matter content of tubers was determined in batch samples of 5 tubers from each plot similarly to shoots and leaves.

For chemical composition, three extractions were prepared and the analyses were performed in triplicate. For the statistical analysis, data were analyzed using two-way analysis of variance (two-way ANOVA) followed by the Tukey’s HSD test (p < 0.05) and Student’s t-test (p < 0.05) for means comparison using the Statgraphics 5.1.plus software (Statpoint Technologies, Inc., Warrenton, VA, USA).

Based on the results of the present study, it can be concluded that the form of the fertilizers applied and the variety can significantly affect the yield and the chemical composition of potato crop, determining the end use of the product. In terms of yield, the importance of providing the necessary inorganic nutrients is pivotal for achieving high yields, while the timing of fertilizer application is also an important factor. In our study, the application of slow release nitrogen fertilizers resulted in the highest yield. The addition of nitrogen also affects the dry matter content of tubers, which is related to the maturity and the storage suitability of the final products. Chemical composition and antioxidant activity of tubers were also affected by the fertilization regime, although a varied response was observed between the tested varieties. Overall, based on the results of this study the fertilizer regimes varied in the forms of nitrogen are important for the effectiveness of fertilizers use, as expressed by tubers yield, as well as for the quality and the end use of the final product.

The authors would like to thank Mr. Nikos Vasileios (BSc) and Dr. Souipas Spyridon for their technical assistance throughout the growing period of the experiment. The authors are also grateful to the Foundation for Science and Technology (FCT, Portugal) and FEDER under Programme PT2020 for financial support to CIMO (UIDB/00690/2020), national funding by FCT, P.I., through the institutional scientific employment program-contract for A. Fernandes and L. Barros contracts. 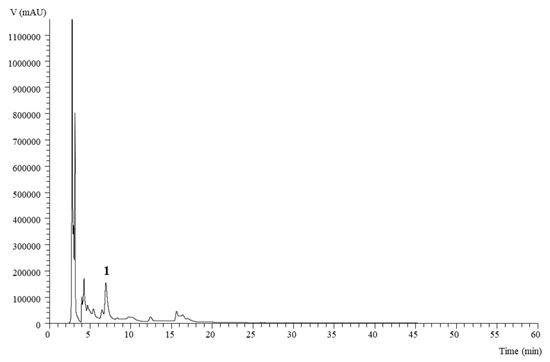