Cotton is one of the most important fiber crops grown not only for fiber but also for the paper and oil industries [1,2]. China is one of the leading countries for cotton production. The Yangtze River Valley is one of the three cotton-growing regions in China where seedlings are transplanted after wheat or rapeseed is harvested and more than 300 kg ha−1 N is applied in three splits (30% at pre-plant, 40% at first bloom, and 30% at peak bloom) [3,4]. However, the arduous procedure and excess fertilizer input are depleting cotton production profits [5]. To improve production benefit, a new planting model with late sowing (mid-May) [6], high density (9–10 plants m−2) [6,7], low N amounts (180–225 kg ha−1) [7], and once fertilization [3,8] has been practiced as an effective way to fight the challenge of high cost in cotton production in the region. The new planting model harvested similar yield to the conventional practice [9] but greatly reduced the cost resulted from less manual work, low N fertilizer amount and less application of chemicals, due to the short cotton growing season with high planting density.
Numerous studies have demonstrated that K is a fundamental element for plant growth which markedly affects biomass accumulation and biomass partitioning [10,11,12]. Applying potassium fertilizer improved cotton plant biomass [13], especially the biomass of cotton bolls [14], and it increased the reproductive parts biomass per unit area [15,16,17]. On the contrary, K deficiency reduced not only the production but also the transportation of dry matter, leading to poor growth and reduced biomass accumulation in bolls [18]. Excessive K fertilizer has increased not only luxurious consumption and environmental concern [19] but also canopy closure, leading to rotten bolls and delayed maturation [20]. Tsialtas et al. [21] revealed that 80 kg K2O ha−1 was sufficient for cotton growth to achieve considerable yields in Australia. However, it remains to study how much K has to be applied to ensure enough cotton products for the new planting model. Previous studies have indicated that the cotton plant could produce a considerable yield of 2691 kg ha−1 seed cotton when the K amount was in line with N amount. It is hypothesized that K could also be reduced in accordance with N because the plant should keep in balance in nutrients accumulation for normal growth and fruits.
Cotton fiber quality is an important standard in cotton production based on high yield. Many studies focused on the effect of K on cotton fiber quality traits but the results had many differences. Some studies showed that the K amount significantly affected the fiber length [21,22], strength, micronaire, uniformity, and elongation of the cotton [23]. However, some studies indicated that fiber properties were not significantly affected by the K amount [16,24,25].
The study aimed to (1) determine the effects of K fertilizer amount (ranging from 168–252 kg ha−1 K2O) on cotton phenology, biomass accumulation (duration and rate of FAP and distribution) and fiber quality; (2) find the optimal K amount to achieve high productivity and fiber quality of cotton in the new planting model.

Cotton biomass was measured five times (squaring, first bloom, peak bloom, boll opening, and plant senescence) in the fourth replication. Nine (eighteen at squaring stage) successive plants were carefully uprooted and grouped randomly but equally in number into 3 as replicates from each plot at each stage. Plants were separated into vegetative parts (root, stem, and leaves) and reproductive parts (square, flower, and boll). Sub-samples were packed separately and dried in an electric fan-assisted oven at 105 °C for 30 min, at 80 °C for constant weight, and then weighted. Vegetative part biomass (VPB) is the total biomass of root, stem, and leaves, and reproductive part biomass (RPB) is the total biomass of squares, flowers, and bolls, and cotton plant biomass (CPB) is the sum of VPB and RPB.
Cotton plant biomass accumulation progress was described by a logistic regression model [3], where a and b are constants to be found, t is the time as the days after emergence (DAE), W is the biomass (g) at t, and is the maximum biomass (g).
According to Equation (1), the following equations will be calculated: where t1 and t2 (DAE) are the initiation and termination of FAP (fast accumulation period), respectively; T (d) is the duration of FAP; VT and VM (g d−1) are the average and the highest biomass accumulation rate during FAP, respectively; W1 and W2 are the biomass at t1 and t2, respectively.
The accumulation rate (AR) of cotton plant biomass during each period was calculated by the following formula: where WI and WT (kg ha−1) are the biomasses on the first day and the last day of the period, respectively, and the period length (d) is the duration in days of this period.

One hundred maturated bolls were picked from each plot before harvest to get the fiber samples. High volume instrumentation (HVI) was used to analyze fiber quality parameters for each fiber sample, as described by [15]. The reports of five important quality parameters describing the fiber length, strength, fineness, elongation, uniformity was provided by HVI.

Data are processed with Microsoft Excel 2010; ANOVA was performed with SPSS 21.0 (IBM Company, Chicago, IL, USA) and figures were drawn with Sigma Plot 12.5 (Systat Software Inc., San Jose, CA, USA). Least Significant Difference (LSD) among the treatments was conducted with Duncan at a 5% probability level (p = 0.05).
Higher K fertilizer amounts (K2 and K3) increased 10.34%–20.03% seed cotton yield over K1 due to higher boll density in 2016 and boll weight in both years, although differences existed between years in yield and its components [26,27].

K fertilizer is one of the main cotton fertilizers and has great correlations with cotton growth and the economic benefits of cotton production.
Many studies also reported that K deficiency could accelerate the growth process of cotton and result in premature senescence [28,29,30,31]. However, another study showed that K deficiency elicited similar effects on cotton earliness with late sowing which delayed flowering and boll development [32]. In the present study, the growth period was not affected by K amount, although apparent differences existed between the two growing seasons (Table 1). This might be due to the closeness of the K amount range in this study which was not sufficient to bring significant differences in growth period among different K amounts in the same year. Furthermore, the K amounts of three treatments were within the appropriate range for cotton growth under medium fertility, ensuring no K-deficiency in this study. The big differences between the two growing seasons were possibly due to a large amount of precipitation during the early cotton growth period but draught occurred in the flowering and boll setting periods in the 2016 growing season.
The biological yield was the basis of economic yield. Biomass accumulation could be explained in the context of plant photosynthesis, photo-assimilate translocation from vegetative to reproductive parts. K fertilizer affected the photo-assimilate export from leaves to sink parts and regulated the sugar signaling in reproductive parts [24]. Potassium deficiency led to a reduction of main stem length, nodes and bolls, and also leaf photosynthesis and stomatal conductance [18,23,33,34], resulting in less carbohydrate production, a small sink and an in-balanced source-sink ratio. A previous study also revealed that a linear effect between K amounts and the growth efficiency of the reproductive part [35]. In this study, the RPB and the ratios of RPB to CPB were significantly higher in K2 and K3 with no significant difference between the two treatments (Table 2). This indicated that K2 can benefit the carbohydrate production transportation from vegetative parts to reproductive parts and get the approximate RPB with K3. Higher carbohydrate production in the reproductive parts can result in higher yield [36]. In the present study, the biomass of each cotton part was increased along with the increase in K amount (Table 2 and Figure 1). Similar studies revealed that increasing the K amount can increase the biomass of total plant and cotton bolls [14,18,37]. Furthermore, in this study, the FAP of CPB and RPB were initiated in the flowering and boll setting period and the FAP durations of RPB in both years were the same but the FAP accumulation rates were higher in 2017 with higher RPB (Table 3). With the increased K amount, the FAP accumulation rates were higher with higher biomass accumulation, but the duration of FAP shortened (Table 3). Similar results were also observed in Khan et al. [6] and Tung et al. [38]. This indicated that higher K amounts increased the cotton plant biomass mainly by higher accumulation rate during flowering and boll setting period.
In this study, fiber length, fiber strength, and micronaire were significantly affected by K amounts and better fiber quality traits were observed in K2 and K3 with no significant difference between K2 and K3 (Table 4). That indicated the fiber quality in K2 was as well as that in K3 and significantly better than that in K1.

K amounts ranging from 168–252 kg K2O ha−1 have not altered the cotton growth period. Higher K increased cotton biomass due to a higher accumulation rate during FAP. Nevertheless, K2 had similar fiber qualities, biomass accumulation, and partitioning as K3.
The results suggest that an equal K amount to lowed N of 210 kg ha−1 should be the optimal strategy under this new planting model in Yangtze River Valley, China, and similar regions. 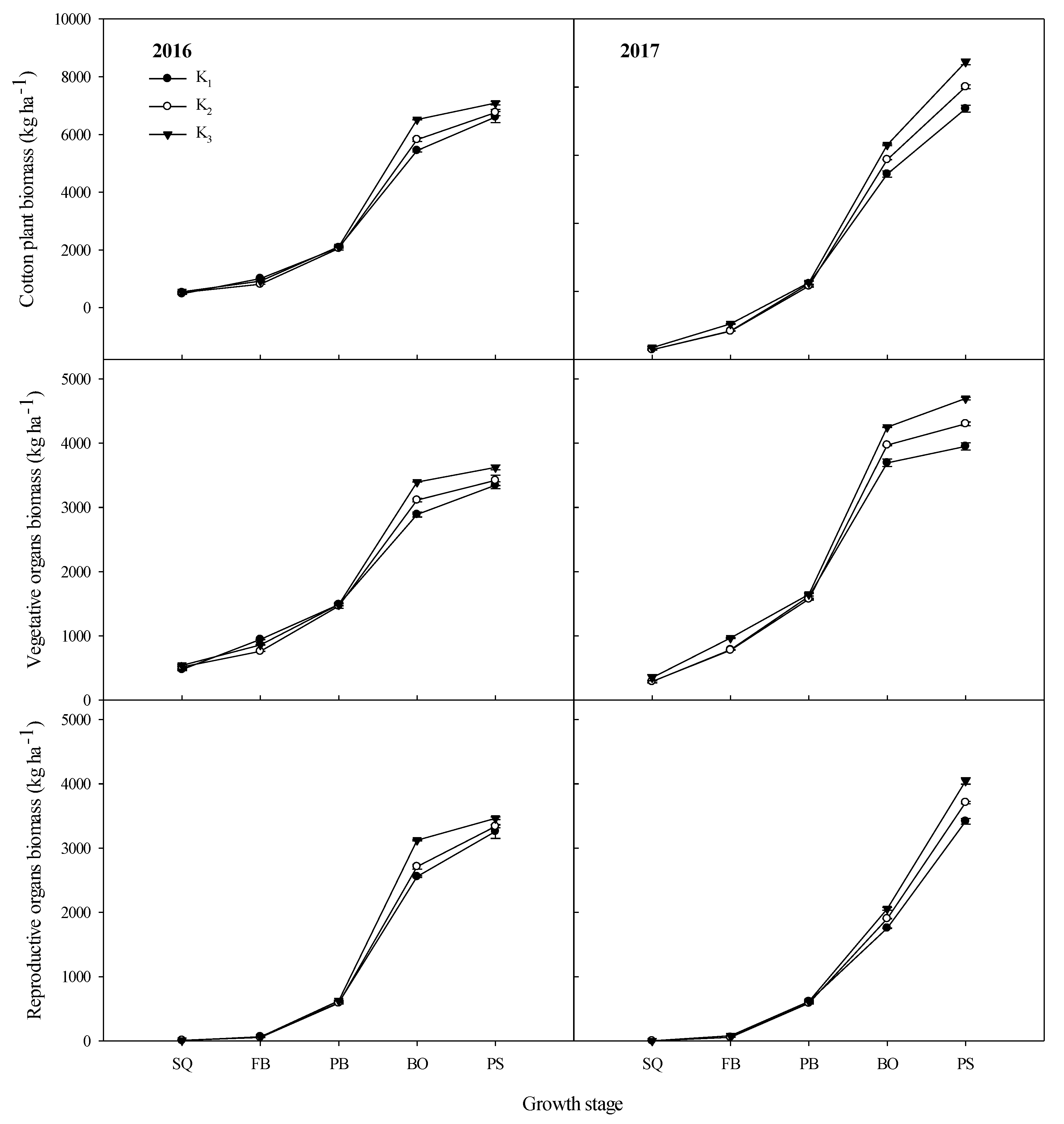 Table 4. Cotton fiber quality influenced by K fertilizer amounts.
Table 4. Cotton fiber quality influenced by K fertilizer amounts.
* Values followed by different letters within the same column in the same year are significantly different at probability level (p < 0.05) according to Least Significant Difference (LSD) test.
© 2020 by the authors. Licensee MDPI, Basel, Switzerland. This article is an open access article distributed under the terms and conditions of the Creative Commons Attribution (CC BY) license (http://creativecommons.org/licenses/by/4.0/).
We use cookies on our website to ensure you get the best experience. Read more about our cookies here.
Accept
We have just recently launched a new version of our website. Help us to further improve by taking part in this short 5 minute survey here. here.
Never show this again