Thermal Conductivity of Nanoporous Materials: Where Is the Limit?
Next Article in Special Issue

Donghai Brand 90# road petroleum asphalt, produced by China Petrochemical Corporation in Beijing, China, was used as the matrix asphalt for the pavement sealant. The test process was determined with reference to the standard test methods of Asphalt and asphalt mixture test regulations for highway engineering (JTG E20-2011) [37]. The technical indices of the matrix asphalt are provided in Table 1. The selected SBS (grade 4402), produced by China Petrochemical Corporation, was a star-shaped structure, with a styrene content of 30 wt%. CR was purchased from Shaanxi Hongrui Rubber Co., Ltd. in Xi’an, China, with a particle size of 0.3 mm; the technical indices are listed in Table 2.

2.2. Mixture and Preparation for the CR- and SBS-Compound-Modified Asphalt Sealant

A Dynamic Shear Rheometer (DSR) produced by Anton Paar Co., Ltd. in Graz, Austria (Model: SmartPave 102) was utilized in this study to conduct temperature sweep experiments on modified asphalt sealant. The test results were used to reflect the rheological behavior of the asphalt-based material at medium and high temperature. The temperature range of the test was 34~94 °C, and the temperature gradient was 6 °C, as well as having an angular frequency of 10 rad/s. The complex shear modulus (G*) and phase angle (δ) were tested, and the change rule of the viscoelastic parameters was evaluated, which was used to determine the temperature dependency of the samples.

The muti-stress creep and recovery (MSCR) tests were used to measure the deformation value of asphalt-based material under different constant stress and the creep deformation recovery values after the disappearance of stress. The stress control approach was used in the repeated stress creep recovery experiments. The test process can be divided into the creeping stage, with a constant stress loading time of 1 s, and the recovery stage, with a zero-stress no-load time of 9 s under each cycle at 64 °C. For each experiment, 30 stress cycles were carried out. The adopted stress for cycles 0~20 was 0.1 kPa, and for cycles 21~30 it was 3.2 kPa. Nevertheless, the test results for cycles 0~10 were only used to adjust the properties of the asphalt sealant, and were not used for analysis. During the test, stress and strain were recorded at a frequency of 0.1 s during the creep phase and at a frequency of at least 0.45 s during the recovery phase.

3.3. High-Temperature Performance on the Basis of MSCR

With the aim of addressing the issue of the low resistance of conventional sealants to high-temperature deformation, this paper utilized waste rubber and SBS to prepare an eco-friendly asphalt sealant material for pavement maintenance engineering that possessed excellent high-temperature stability and anti-deformation ability, expanding the application of waste rubber in pavement maintenance engineering. Additionally, the high-temperature and rheological properties of this new type of SBS/CR-composite-modified asphalt sealant were estimated by performing a softening point test, a temperature scan test, a frequency scan test, and an MSCR and frequency sweep test. The following conclusions can be drawn:

This paper systematically evaluated the high-temperature rheological properties of CR/SBS-modified asphalt sealant. As for determining the actual environmental benefits and actual road performance of this new kind of asphalt sealant, this is a topic on which the authors will deliberate in the future. 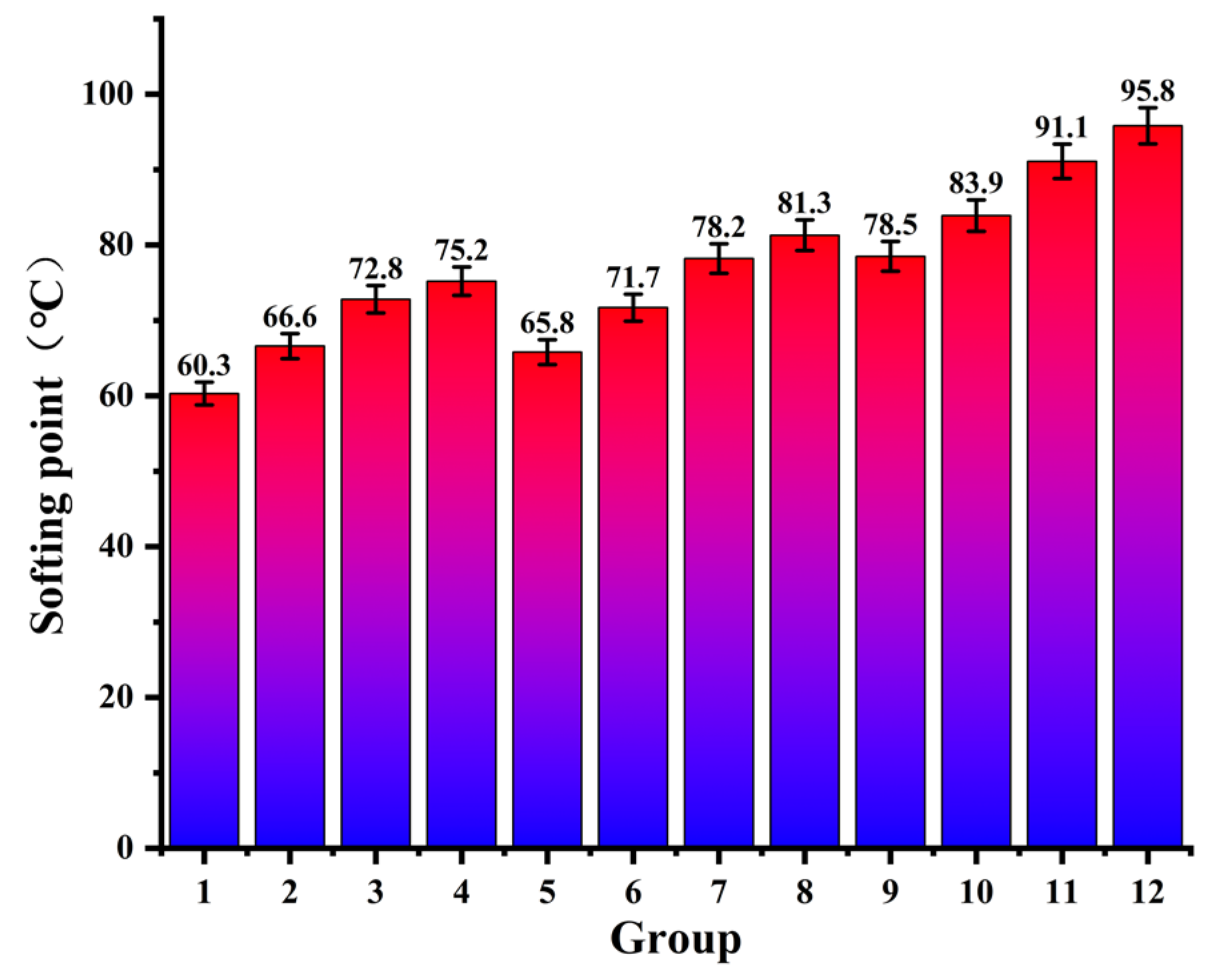 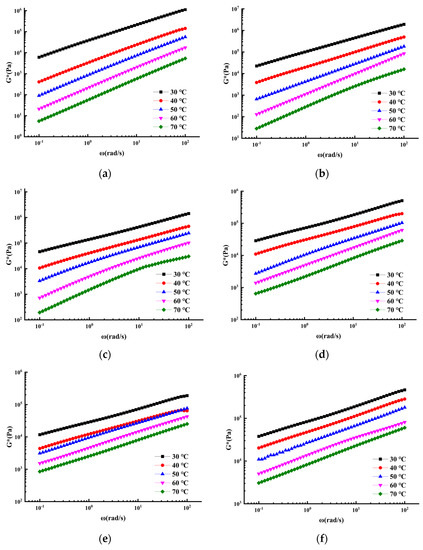 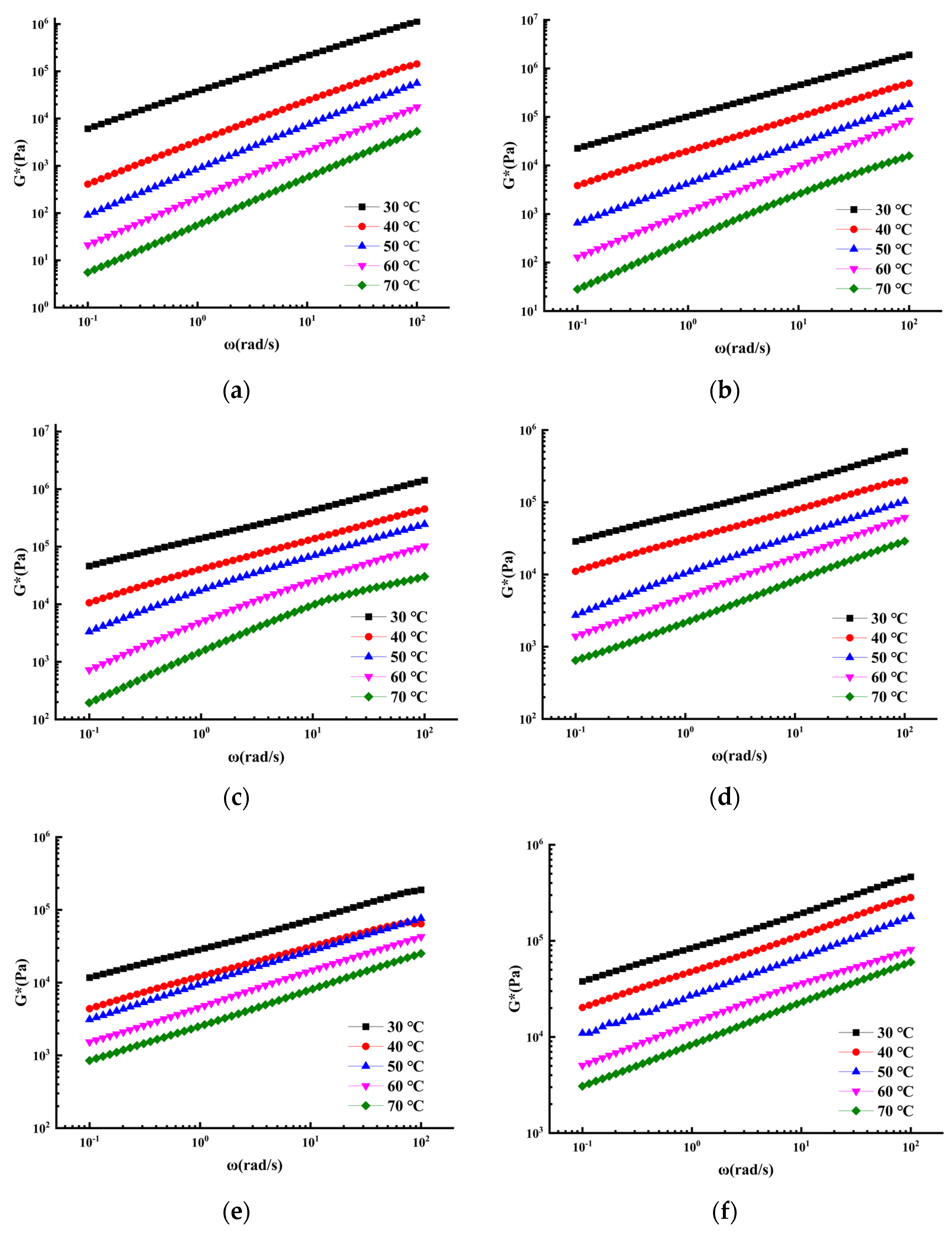 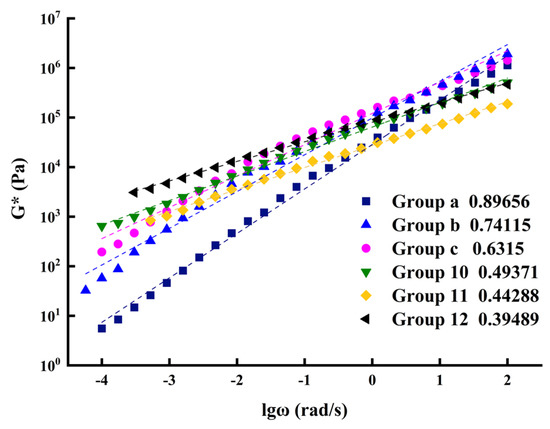 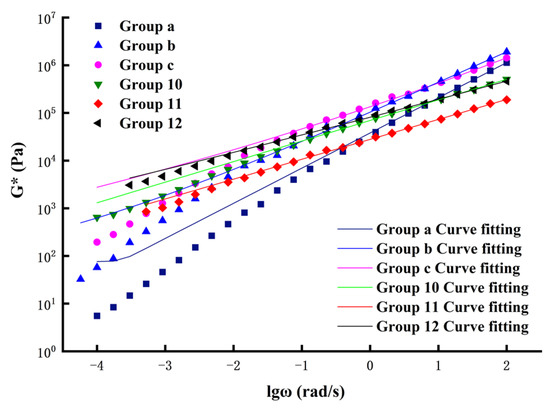