In the present study, poly(ethylene-co-vinyl alcohol) with 44 mol % ethylene content (EVOH44) was managed to be processed, for the first time, by electrospinning assisted by the coaxial technology of solvent jacket. In addition to this, different suspensions of cellulose nanocrystals (CNCs), with contents ranging from 0.1 to 1.0 wt %, were also electrospun to obtain hybrid bio-/non-bio nanocomposites. The resultant fiber mats were thereafter optimally annealed to promote interfiber coalescence at 145 °C, below the EVOH44 melting point, leading to continuous transparent fiber-based films. The morphological analysis revealed the successful distribution of CNCs into EVOH44 up to contents of 0.5 wt %. The incorporation of CNCs into the ethylene-vinyl alcohol copolymer caused a decrease in the crystallization and melting temperatures (TC and Tm) of about 12 and 7 °C, respectively, and also crystallinity. However, the incorporation of CNCs led to enhanced thermal stability of the copolymer matrix for a nanofiller content of 1.0 wt %. Furthermore, the incorporation of 0.1 and 0.5 wt % CNCs produced increases in the tensile modulus (E) of ca. 38% and 28%, respectively, but also yielded a reduction in the elongation at break and toughness. The oxygen barrier of the hybrid nanocomposite fiber-based films decreased with increasing the CNCs content, but they were seen to remain high barrier, especially in the low relative humidity (RH) regime, i.e., at 20% RH, showing permeability values lower than 0.6 × 10−20 m3·m·m−2·Pa−1·s−1. In general terms, an optimal balance in physical properties was found for the hybrid copolymer composite with a CNC loading of 0.1 wt %. On the overall, the present study demonstrates the potential of annealed electrospun fiber-based high-barrier polymers, with or without CNCs, to develop novel barrier interlayers to be used as food packaging constituents. View Full-Text
Keywords: EVOH; cellulose nanocrystals; electrospinning; high barrier; food packaging EVOH; cellulose nanocrystals; electrospinning; high barrier; food packaging
►▼ Show Figures 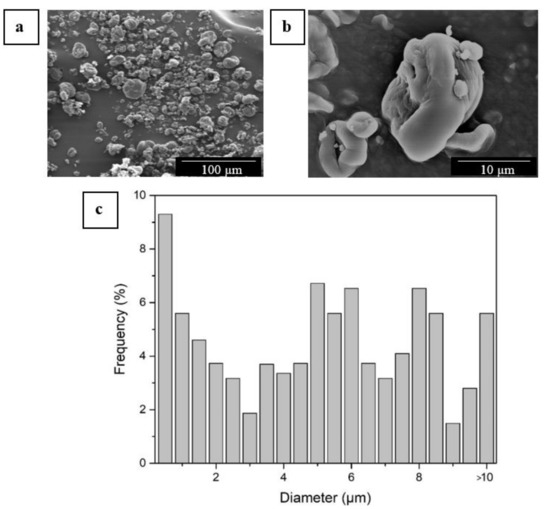