Explicit Ion Effects on the Charge and Conformation of Weak Polyelectrolytes

We have presented a comprehensive picture of titration of weak polyelectrolytes taking into account the explicit pH and salt effects. The results indicated that the implicit Debye-Hückel model is not able to properly take into consideration entropic effects due to ion–monomer interaction, especially at high monovalent salt concentrations, where the most notable differences in the implicit and explicit limit were noted. Furthermore, we were also able to characterize the effect of polymer structure on the ionization extent as observed in experiments [49] and depict the weak polyelectrolyte collapse, in corroboration with experiments [66], similar to that observed in strong polyelectrolytes [91] in the presence of divalent salt even though the ionization degree of the weak polyelectrolyte was much greater in comparison to the monovalent salt, where, instead swelling of the polyelectrolyte was observed. Again, divalent salt effects could not have been accounted in the implicit Debye-Hückel model further emphasizing the importance of including explicit salt to elucidate weak polyelectrolyte behavior. Importantly, we can observe and explain several effects that are corroborated by comparison to experiments.
In cases where the architecture of the weak polyelectrolyte is modified, one can infer some effects on the polymer’s titration behavior based on the results presented here. For example, one might be interested in the titration behavior expected if the arm length of the weak star polyelectrolyte, investigated in this study, is increased by the addition of monomers. As sites become more removed from the central core of the star, their local environment more closely resembles sites in a long linear chain, and the charging behavior of the polymer as a whole would be increasingly dominated by these sites. Hence, we would expect the CGT to revert to more of a first-order-like transition there, provided the arms are long enough. Conversely, if the approximate arm length is kept the same, but the number of branches is increased, yielding a higher number of centrally tethered arms or a dendritic polymer with a known average number of monomers between branch points, the suppression effects are enhanced, and should increase in importance as the density of branch points is increased. One would expect similar charge suppression in polyelectrolyte brushes (Where a high density of polymers is grafted to a surface) and in polyelectrolytes which are confined and cannot separate from each other. This prediction could be tested experimentally by examining the swelling behavior of weak polyelectrolyte brushes with known density or dendritic polymers with known cross-linking density. One important concept to note is that if other high-density ions are present, charging is enhanced, and the polyelectrolytes concomitantly collapse. This effect is similar to what was observed in the divalent ion simulations of this work, and what has been examined for weak polyelectrolyte interactions with oppositely charged polyelectrolytes or nanoparticles [33,57,62,103].
While it should be noted that the weak polyelectrolytes in this study are coarse-grained, and ignore some potentially significant effects such intra- and intermolecular hydrogen bonding, dipolar interactions, charge delocalization and realistic polymer backbones, the work here nevertheless provides a stepping stone to investigating weak polyelectrolyte behavior in different applications such as in polyelectrolyte complexation [33], coacervates [28], and nanofiltration membranes [15]. The properties of weak polyelectrolytes in dense brush systems and polyelectrolyte complexes where water is more sparingly present constitute a frontier of polyelectrolyte physical chemistry which the techniques and analyses presented in this study can begin to explore and explain.

Algorithm development by V.S.R., B.J.S., and J.K.W. wassupported by MICCoM, as part of the Computational Materials Sciences Program funded by the U.S. Department of Energy, Office of Science, Basic Energy Sciences, Materials Sciences and Engineering Division. Contributions of HS were supported by the NSF Graduate Research Fellowship Program (GRFP). 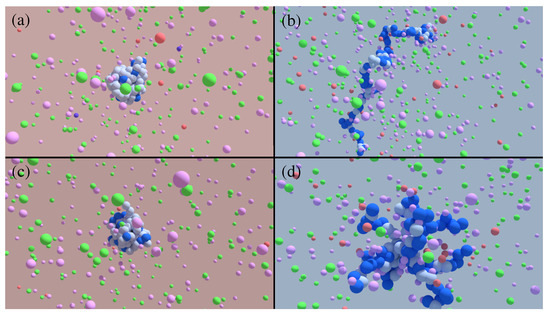 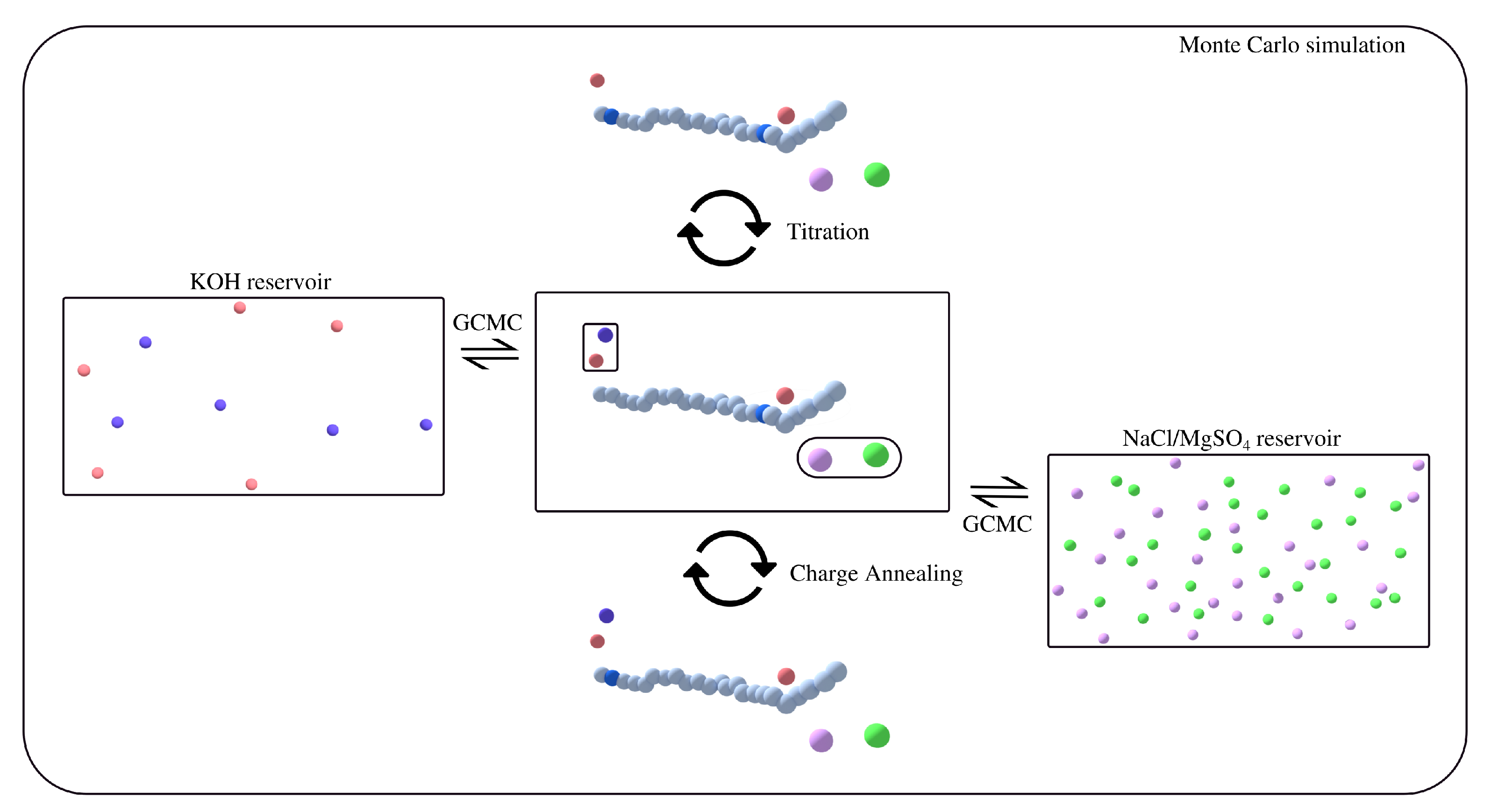 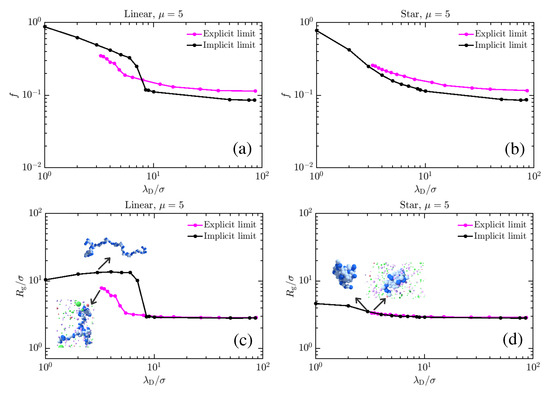 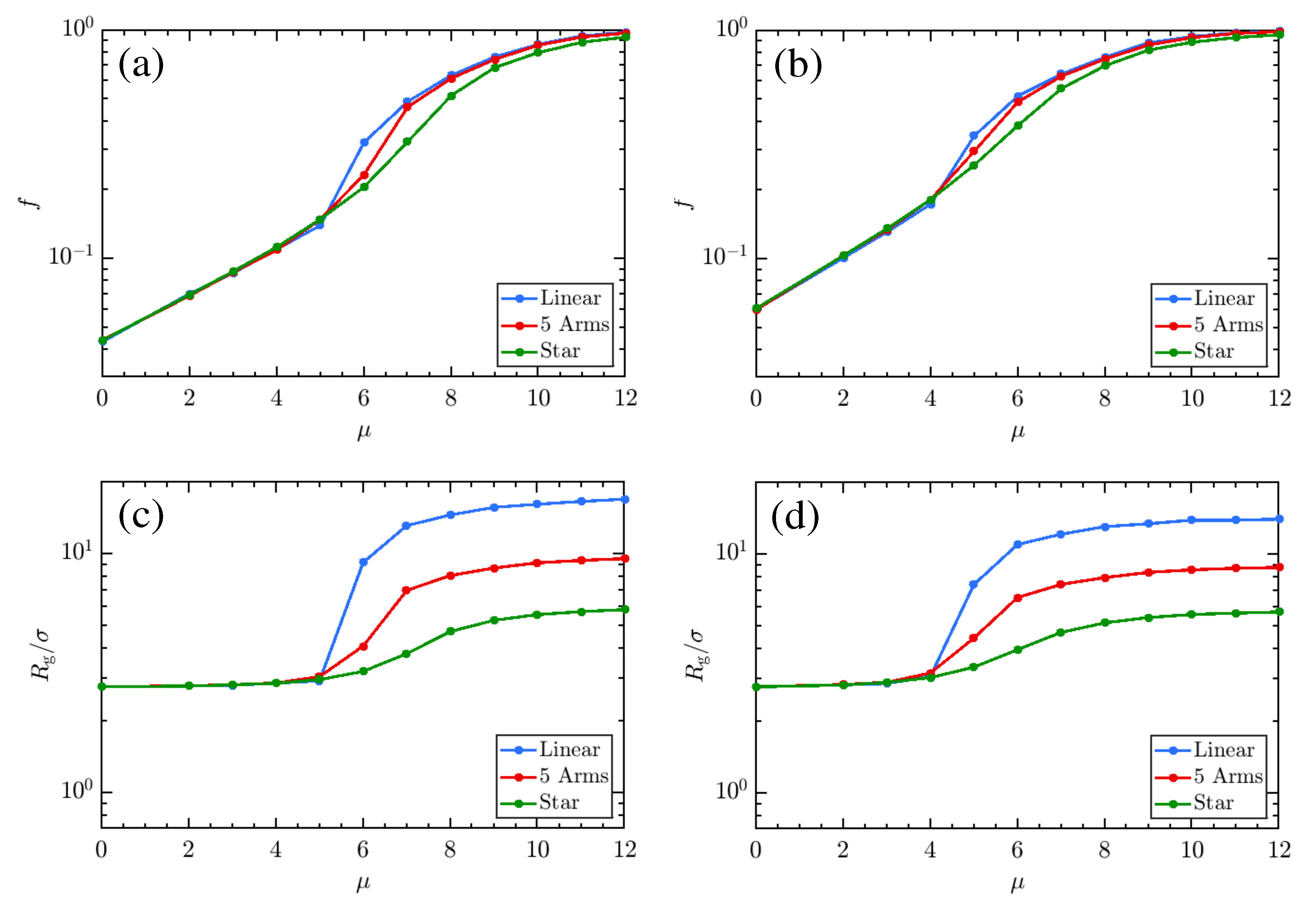 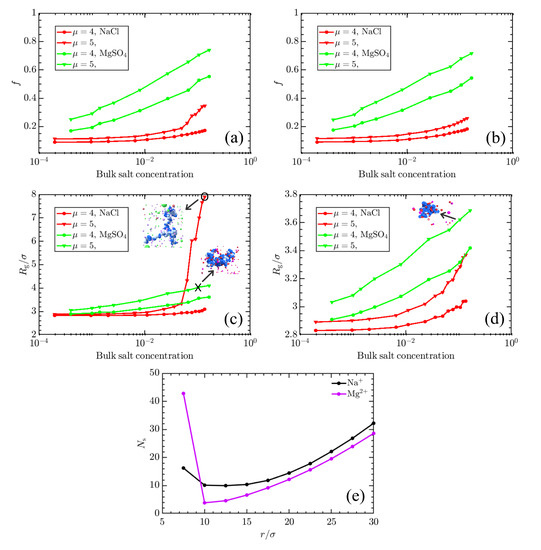