Spider and silkworm silk proteins (fibroins) have been investigated widely because of their toughness, light weight, biodegradability and biocompatibility [1,2,3,4]. In addition to silk fibers and textiles, silk protein is processable and has been used to generate various biopolymer-based materials, including nanoparticles, porous materials, films, sponges, and hydrogels, for use in biomedical applications such as tissue engineering, drug/gene delivery and regenerative medicine [5,6,7]. In nature, silk fiber is used as a structural material in spider webs, spider draglines and silkworm cocoons [8,9]. However, silk protein has not yet been used as a structural material on a bulk scale. One of the limitations and drawbacks to the practical use of silk as a structural material is its water sensitivity, namely, silk protein-based materials are highly sensitive to water.
Water molecules in silk-based materials are categorized roughly into two types, namely, bound water and free water. Bound water molecules strongly interact with silk molecules and show different characteristics to those of bulk water; in contrast, free water means unbound water molecules that behave similarly to bulk water [10,11,12,13]. The influences of bound water on the biological and physical properties of silk molecules have been widely reported by several groups. Asakura and coworkers reported that the hydration of Bombyx mori silk molecules induces the stabilization of silk I forms based on solid-state NMR analysis [14]. The secondary structure and dynamics of swollen B. mori silk molecules were also characterized by 13C- and 1H-pulsed NMR [15,16]. Asakura et al. have also reported that hydration does not affect the crystalline fraction of B. mori silk fibers [17]. It was reported that bound water influences the glass transition temperature (Tg) of B. mori silk molecules, that is, the Tg decreases with an increase in the water content of the silk films [18,19,20]. In addition to B. mori silk, the storage modulus and loss tangent of Nephila edulis spider dragline [21,22] and the elastic modulus values of Antheraea pernyi silkworm silk [23] and Argiope trifasciata spider silk [24] are reported to be affected by bound water. Bound water is considered to disrupt the hydrogen bonds between silk molecules in amorphous phase, and hence to enhance the mobility of the silk molecules, as well as influence the glass transition behavior [18,19,20,21,25]. Considering the biological properties of silk-based materials, the state of the water molecules in a silk hydrogel controls the effect of the hydrogel on cell viability, namely, human cell lines and cell-adhesion proteins in the extracellular matrix preferentially expand and adhere on silk molecules hydrated with more bound water [13].
Macroscopic studies on the effect of water and relative humidity (RH) on silk materials have been reported by several groups. Cebe and coworkers reported that hot-water vapor annealing induces crystallization in silk films [26]. In our previous studies, we demonstrated the effects of the water content in silk films and fibers on crystallization, bio- and thermal degradation [27,28]. By using thermal gravimetric analysis and differential scanning calorimetry (DSC), the silk samples prepared at different RHs were analyzed in terms of the effects of the water content on thermal degradation, crystallization and transition of B. mori silk materials. The hydration state and RH affected the mechanical properties of silk fibers [23]. At a relatively high RH, approximately 97%, the toughness and degree of crystallinity of silk films increase dramatically, indicating that the appropriate hydration of silk molecules induces crystallization and plasticization simultaneously [28]. The RH from 20% to 60% resulted in tough and strong silk materials by using various types of silk hydrogels. Dehydration did not negatively impact the biodegradability of the silk resins and hydrogels [27]. Thus, the thermal stability, mechanical properties and other attributes of silk materials are regulated by their water content and crystallinity. To exploit silk and silk-based materials as practical structural materials for human use, stabilization against water molecules is necessary.
As introduced above, silk-based materials are water-sensitive and show different physical properties at different humidities. However, this instability of silk under wet conditions is detrimental to its use as a structural material. To overcome the water sensitivity of silk-based materials, in this study we developed a silk composite material with a fluoropolymer, which is famous for its hydrophobicity and waterproofness. Blend films of silk proteins and fluoropolymer showed enhanced surface hydrophobicity and vapor barrier properties. The coating of fluoropolymer on silk textiles was resistant to washing and shrinkage treatments. This material design, with a protein biopolymer and a fluoropolymer, will broaden the applicability of protein-based materials.

To obtain silk powder samples, silk fibroin solution was prepared according to a previously reported method [7,29]. Briefly, B. mori silkworm cocoons were cut and boiled for 30 min in a 0.02 M Na2CO3 solution, and subsequently washed with MilliQ water to remove wax layers and sericin. The extracted silk fibroins were dried at 25 °C for 24 h, and dissolved in a 9.3 M LiBr solution at 60 °C for 2 h at a concentration of 200 g/L. The silk solution was dialyzed with MilliQ water for at least 4 days using a dialysis membrane (Pierce Snake Skin MWCO 3500; Thermo Fisher Scientific, Waltham, MA, USA). Dialysis was completed when the conductivity of the dialysis solution was identical to that of MilliQ water. The silk solution was lyophilized to yield the silk powder.

The tensile tests of the film samples were performed by a mechanical testing apparatus (EZ-LX/TRAPEZIUM X, Shimadzu, Kyoto, Japan) [30]. The initial length of the film sample was approximately 5 mm. The extension speed was 10 mm/min, and a 500 N load cell was used. The strength at break, Young’s modulus, elongation at break, and toughness were obtained based on the resultant stress–strain curves.

DSC measurements were performed using a DSC 8500 (Perkin Elmer Inc. Waltham, MA, USA) to quantitatively characterize the thermal properties of the silk and fluoropolymer according to a previous report [30]. Approximately 10 mg of the sample was transferred to a DSC aluminum pan which was first cooled to −60 °C, and then heated to 240 °C at a rate of 20 °C/min. The glass transition (Tg) and water evaporation were determined from the DSC thermograms.

The sample morphology was analyzed by SEM. Silk samples were sliced into small pieces approximately 2 mm × 2 mm × 1 mm. The sliced samples were mounted onto an aluminum stub, sputter-coated with gold, and imaged by SEM (JSM6330F, JEOL Ltd., Tokyo, Japan) at an accelerating voltage of 5 kV. The cross-section of the samples was prepared using a microtome (RM2265, Leica Microsystems GmbH, Wetzlar, Germany) with a diamond blade.

The wettability of the cast film surface was estimated by the advancing contact angle (θadv) measurement with distilled water, using a FACE Contact Angle Meter CA-X (Kyowa Interface Science, Saitama, Japan), according to a previous procedure [31]. Cast films of the samples were prepared on glass substrates by solution casting from the silk and fluoropolymer HFIP solutions, as described above. The θadv value was calculated as the average of ten data obtained at different points on the surface (n = 5).

B. mori silk textiles were kindly provided by Spiber Inc. (Tsuruoka, Japan). The silk textiles were immersed in Lumiflon® LF600X (50 wt % fluoropolymer, 26 wt % xylene, 24 wt % ethylbenzene) for 1 min, and then dried in air at 25 °C and an RH of approximately 40%. Square silk textile samples (approximately 50 mm × 50 mm) with and without a fluoropolymer coating were used for the shrinkage test. The samples were immersed in hot water (40 °C) for 10 min and were dried at 25 °C and an RH of 65% for 16 h. This washing and drying cycle was performed three times. To evaluate the shrinkage of the samples, the squares of the samples were measured, and the changes in the area of the samples were determined. The test was performed three times, and the results are expressed as mean values and standard deviations.

The biochemical oxygen demand (BOD) test was performed to determine the biodegradability of the silk samples in activated sludge (Chemicals Evaluation and Research Institute, Tokyo, Japan) with an Oxitop IS-6 (WTW GmbH, Weilheim in Oberbayern, Germany), according to a previous procedure [33]. A sample film (approximately 10 mg) was immersed in 100 mL of activated sludge at 25 °C for 30 days. The activated sludge was replaced with fresh sludge every 5 days. Before and after the biodegradation test, the morphologies and mechanical properties of the samples were characterized by the methods explained above.

Keiji Numata conceived and designed the experiments; Nao Ifuku performed the experiments and analyzed the data; Akira Isogai designed water vapor permeability test and discussed the results; and all the authors wrote the paper. 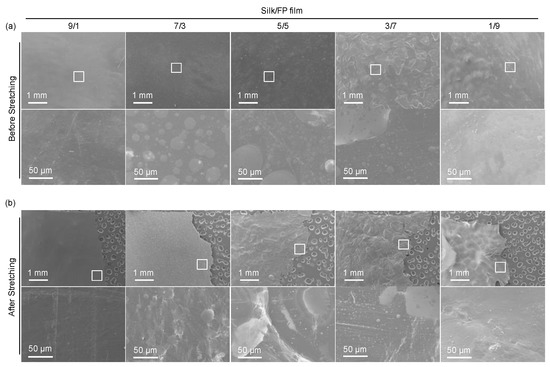 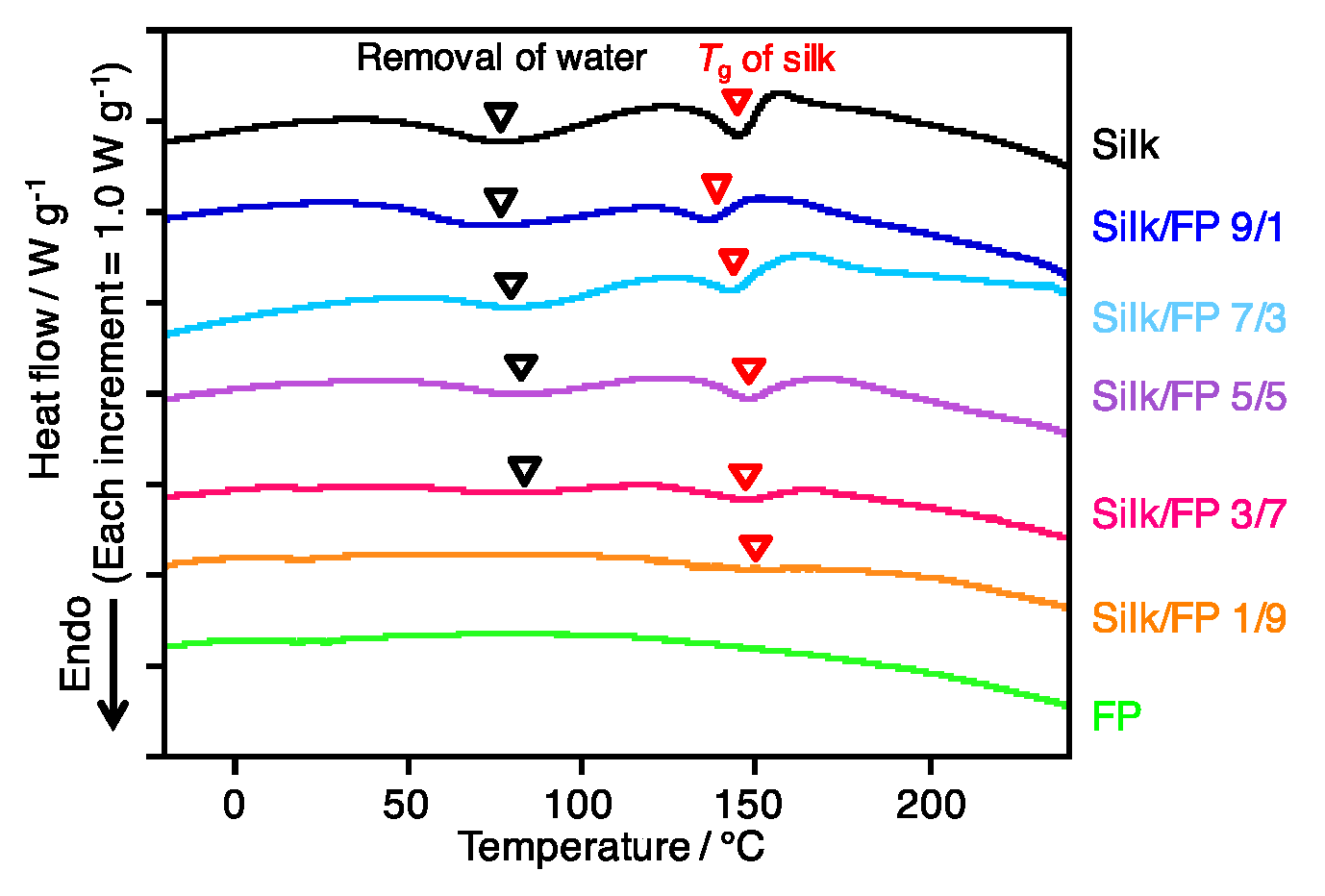 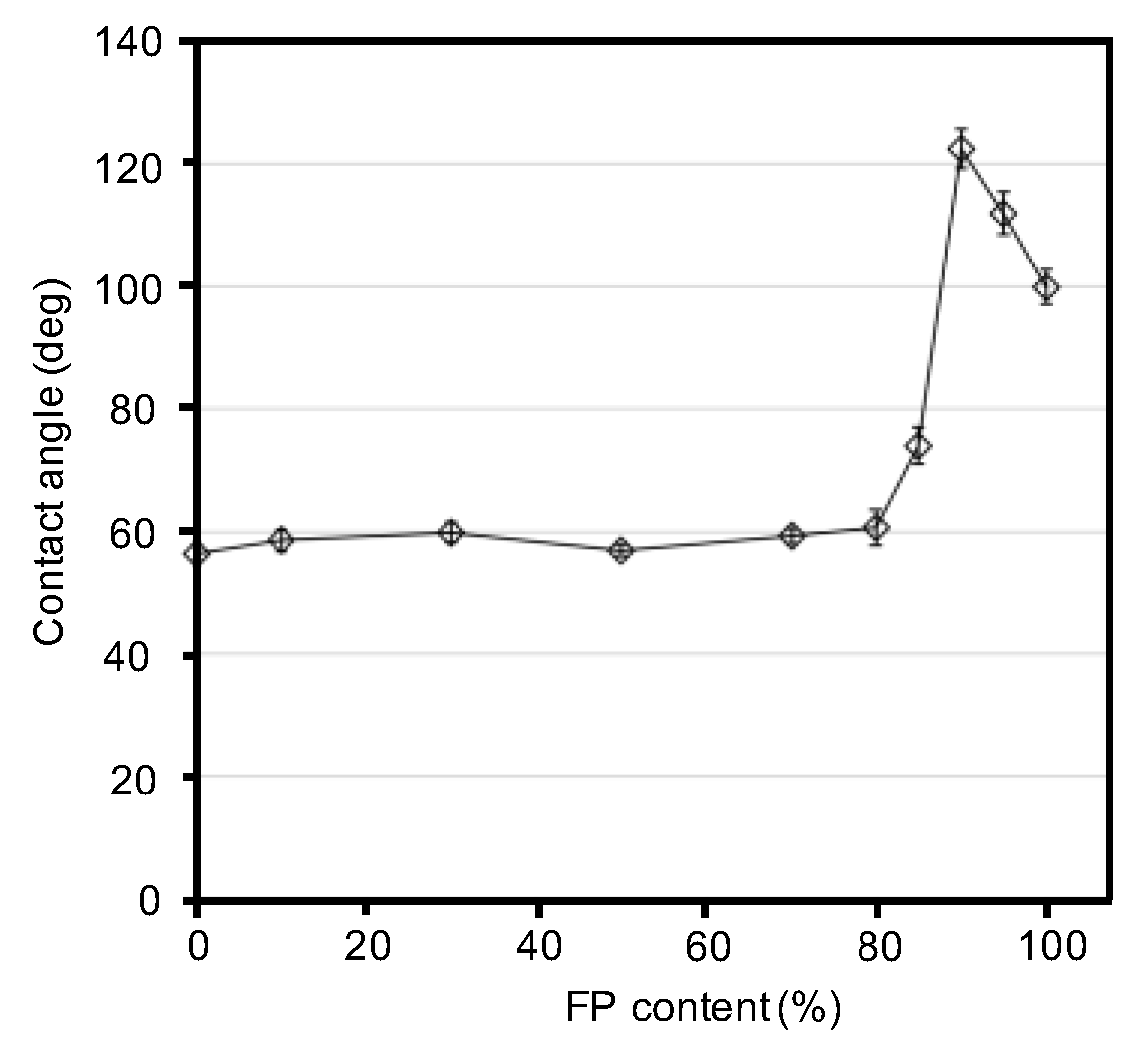 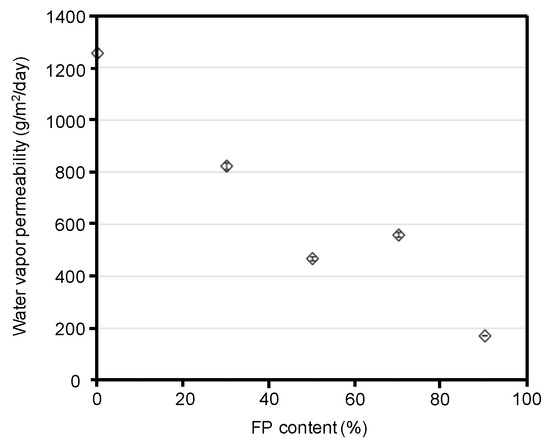 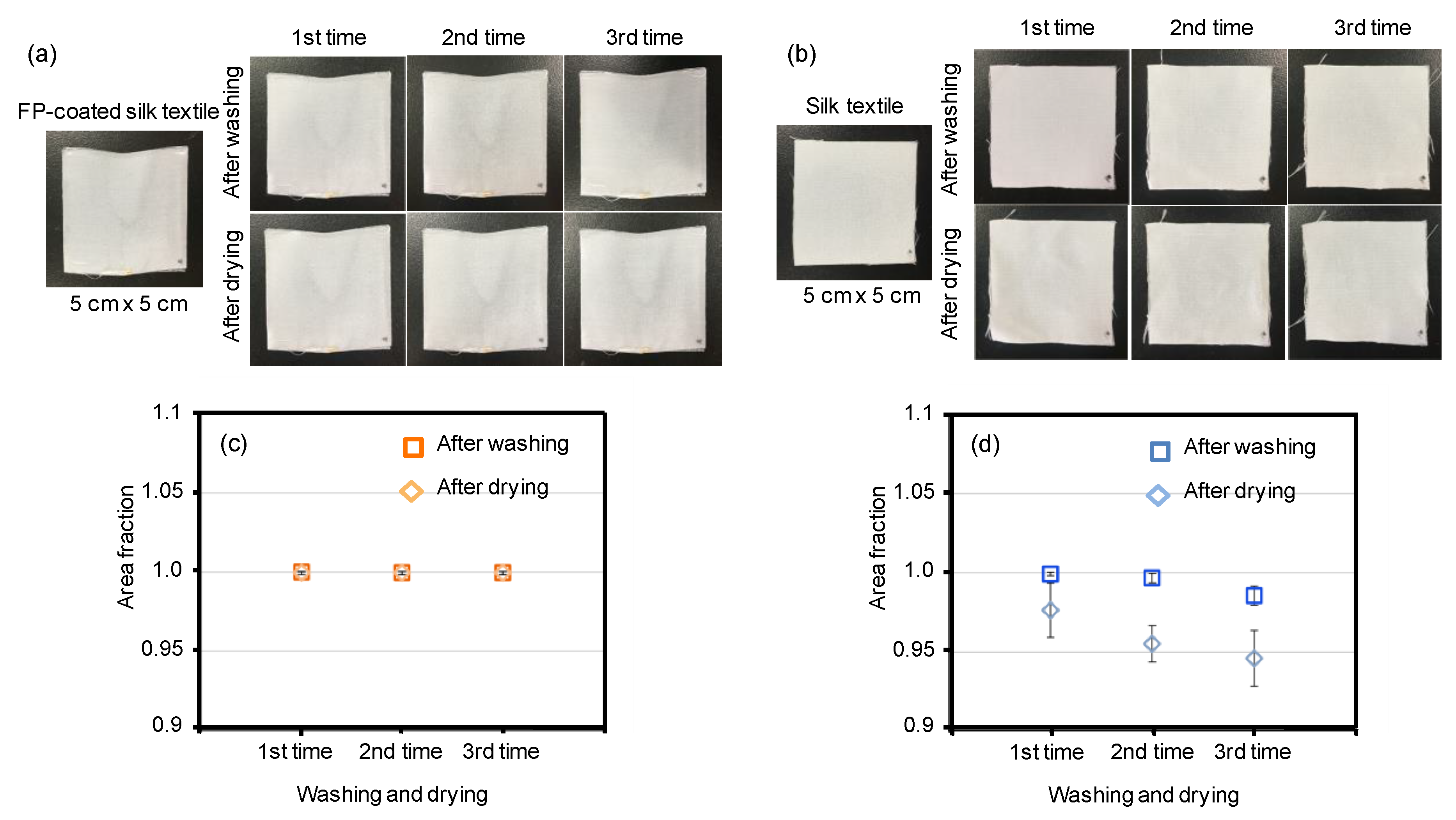 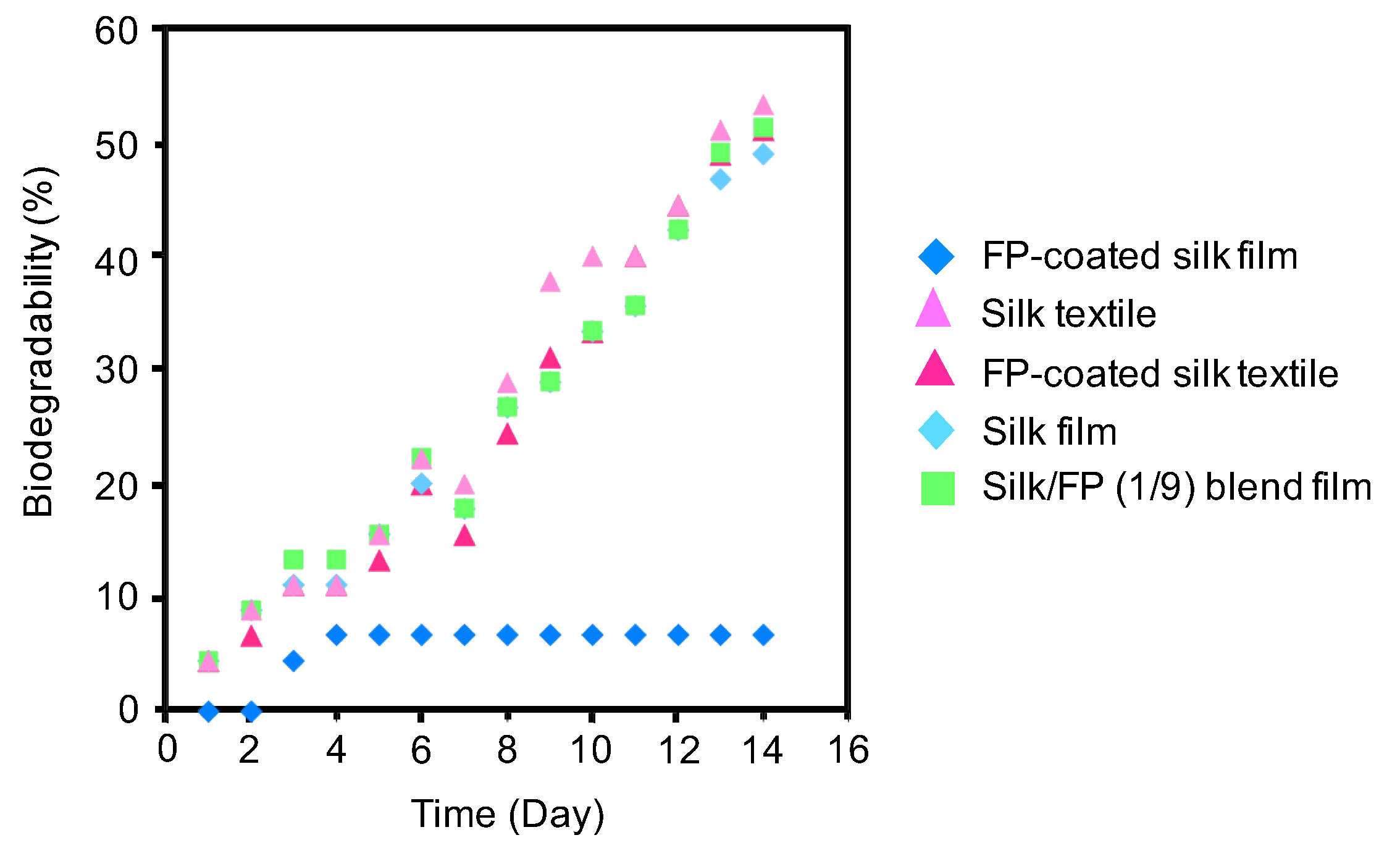 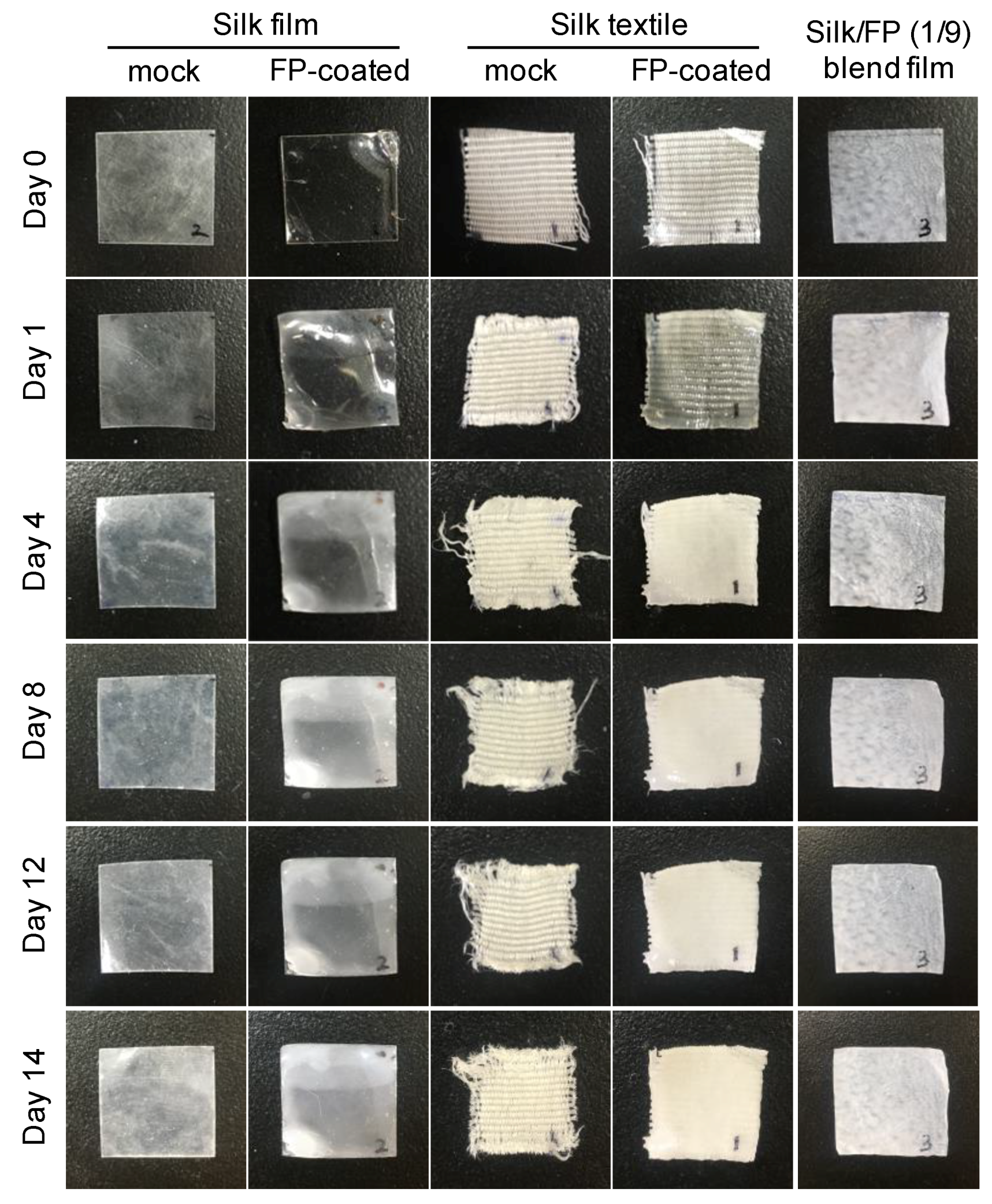 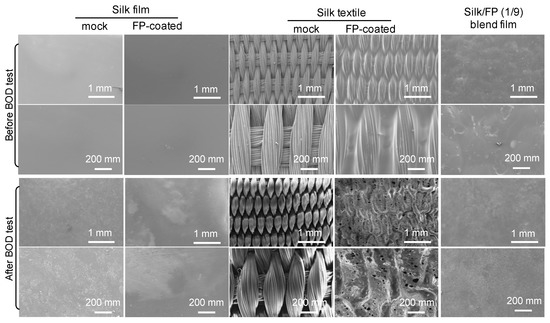 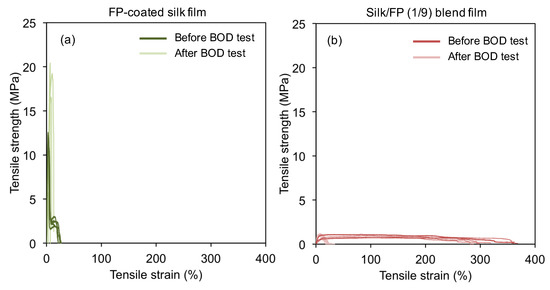 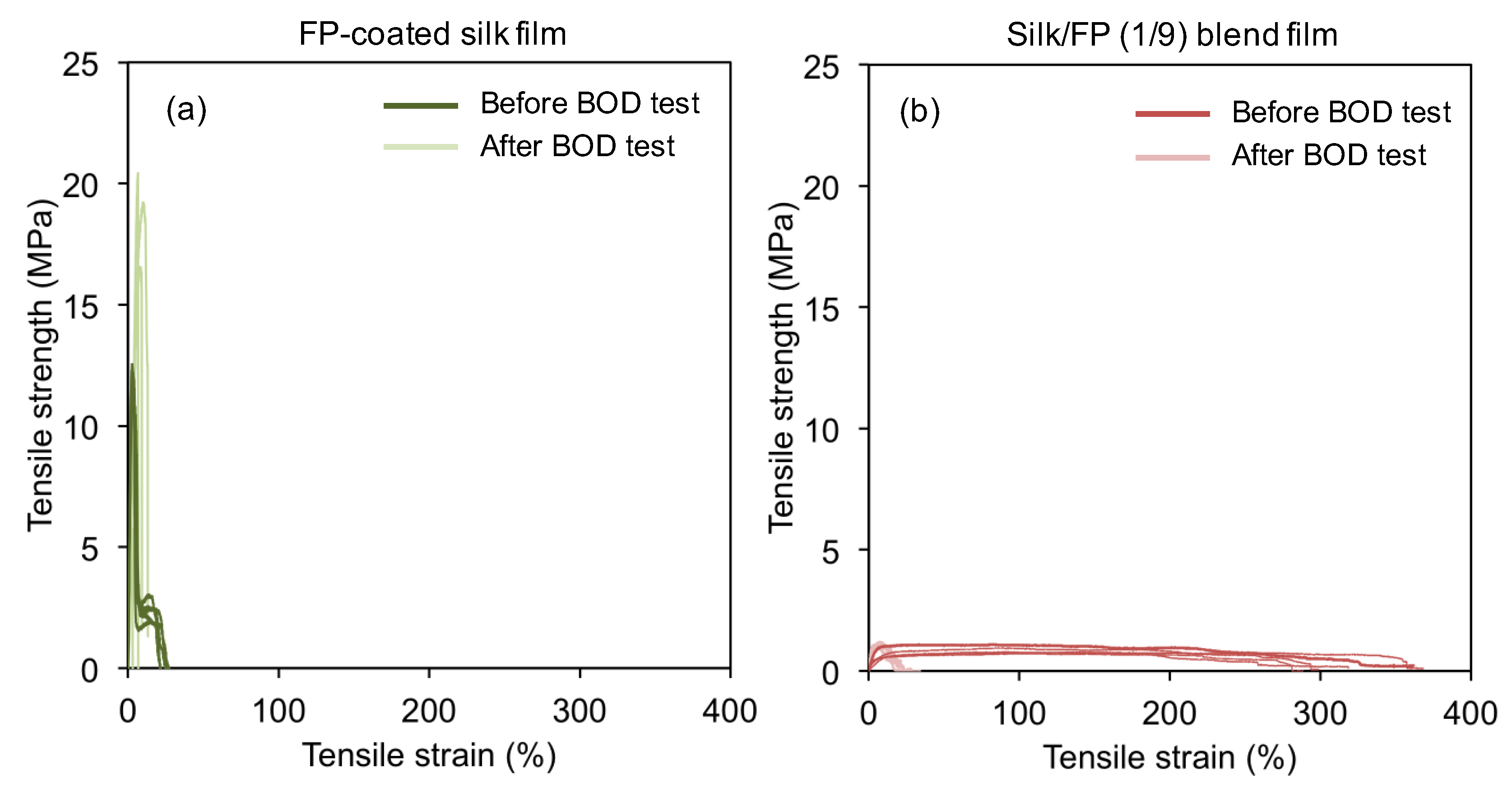