:
Nanoparticles of platinum-group metals (PGM) on carbon supports are widely used as catalysts for a number of chemical and electrochemical conversions on laboratory and industrial scale. The newly emerging field of single-atom catalysis focuses on the ultimate level of metal dispersion, i.e. atomically dispersed metal species anchored on the substrate surface. However, the presence of single atoms in traditional nanoparticle-based catalysts remains largely overlooked. In this work, we use aberration-corrected scanning transmission electron microscope to investigate four commercially available nanoparticle-based PGM/C catalysts (PGM = Ru, Rh, Pd, Pt). Annular dark-field (ADF) images at high magnifications reveal that in addition to nanoparticles, single atoms are also present on the surface of carbon substrates. Scanning electron microscopy, X-ray diffraction and size distribution analysis show that the materials vary in nanoparticle size and type of carbon support. These observations raise questions about the possible ubiquitous presence of single atoms in conventional nanoparticle PGM/C catalysts and the role they may play in their synthesis, activity, and stability. We critically discuss the observations with regard to the quickly developing field of single atom catalysis.
Keywords:
single-atom catalysis; carbon-supported catalysts; platinum-group metals; aberration-corrected scanning transmission electron microscopy

Single atoms were observed in some commonly used commercial nanoparticle-based catalysts with PGM metals on carbon support. Although sub-ångström resolution AC-STEM is becoming progressively more accessible, the ubiquitous presence of single atoms alongside nanoparticles on carbon supports is not yet widely recognized, let alone taken into account in catalyst evaluation. We show that atomically dispersed metals accompany nanoparticles of different metals (Ru, Rh, Pd and Pt) with different metal loadings (5 wt.% and 46 wt.%), different particle size distribution and on various carbon supports. We believe that the present results strongly suggest that any thorough study of catalytic activity of given materials needs to address the presence of single atoms. In that respect, the new understanding about atomically dispersed metals can contribute greatly not only to developing new types of active catalysts with low metal loadings, but also to the understanding of the traditional nanoparticle-based supported catalyst. Without that the possible (significant) contribution of the so-far “invisible” single atoms and atomic clusters will remain overlooked.

This research was funded by the Slovenian Research Agency through research programme P2-0393 and the young researcher programme (U. Petek). Part of the work was carried out within the NATO SfP Project EAP.SFPP 984925—“DURAPEM”. 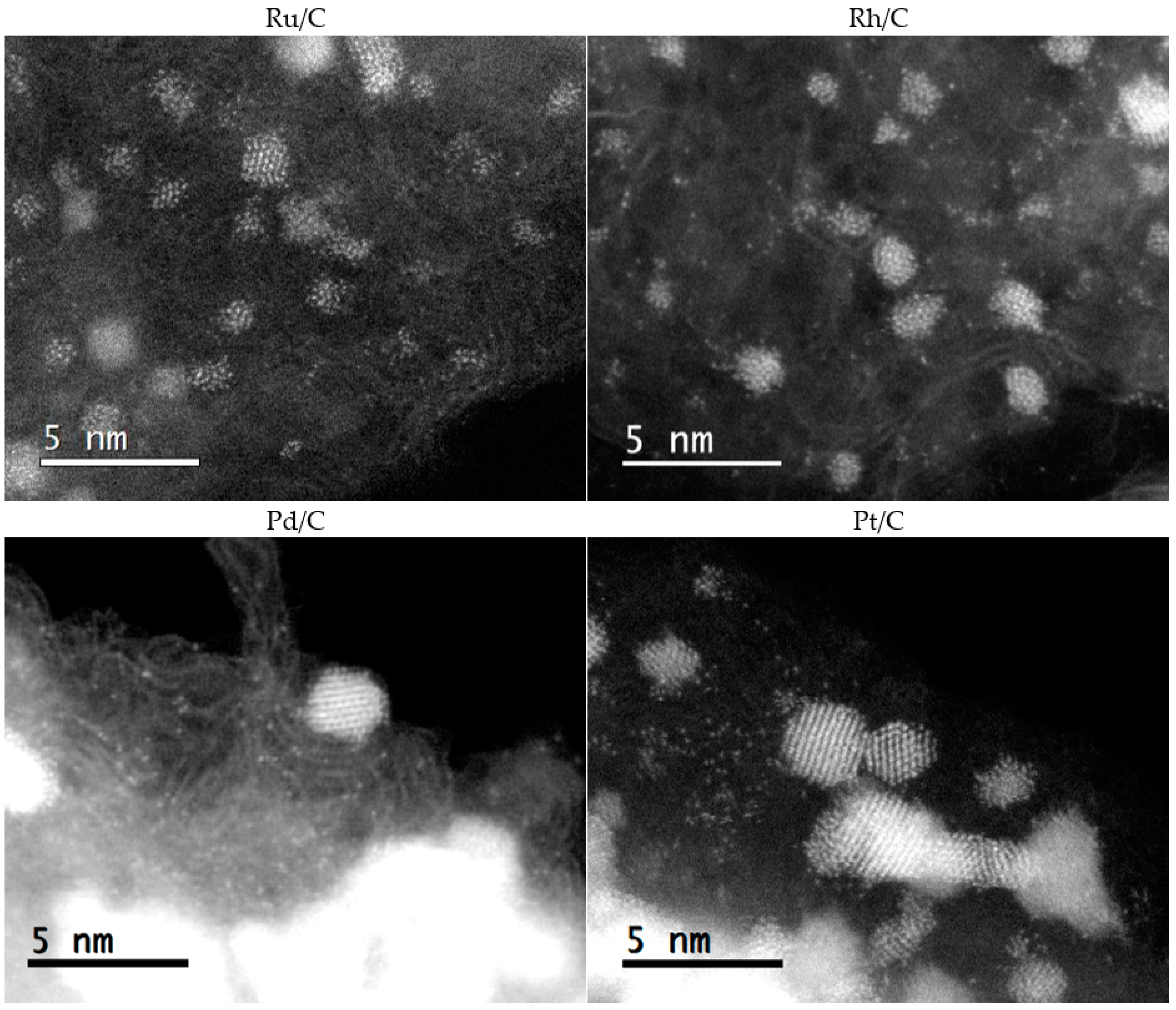