The polymer and plastic sectors are under the urge of mitigating their environmental impact. The need for novel and more benign catalysts for polyester synthesis or targeted functionalization led, in recent years, to an increasing interest towards cutinases due to their natural ability to hydrolyze ester bonds in cutin, a natural polymer. In this review, the most recent advances in the synthesis and hydrolysis of various classes of polyesters and polyamides are discussed with a critical focus on the actual perspectives of applying enzymatic technologies for practical industrial purposes. More specifically, cutinase enzymes are compared to lipases and, in particular, to lipase B from Candida antarctica, the biocatalyst most widely employed in polymer chemistry so far. Computational and bioinformatics studies suggest that the natural role of cutinases in attacking natural polymers confer some essential features for processing also synthetic polyesters and polyamides.
Keywords: cutinases; enzymatic polyesters synthesis; green polymer synthesis; enzymatic polymer hydrolysis cutinases; enzymatic polyesters synthesis; green polymer synthesis; enzymatic polymer hydrolysis

There is robust evidence that the next generation of polyesters and polyamides calls for a change of standard aiming at mitigating the environmental impact and natural capital cost of polymer production and processing in general [1,2]. A closer integration between chemistry and biotechnologies is expected to boost the change of the scenario. Due to their remarkable selectivity and catalytic efficiency under mild conditions, enzymes are an attractive and sustainable alternative to toxic catalysts used in the polycondensation of functional monomers such as itaconic acid, which suffer from isomerization or cross-linking under the harsh conditions required by conventional chemical processes that employ organo-catalysts [3]. The possibility to use enzymes for the polyester synthesis has been known since the 1990s and has also been industrially applied by Baxenden Chemicals (UK) for the production, later dismissed, of highly regular structures of polymers. On the other hand, especially for the biomedical sector, enzymatic modification of polyesters represents a milder and selective alternative to chemical or physical treatments aimed at introducing chemical functionalities to the surface of polymers while retaining their bulk properties [2].
In nature, cutinases have evolved in some fungi responsible for plant pathologies where these enzymes attack and hydrolyze cutin, a complex hydrophobic polyester. Even though cutinases were discovered more than 40 years ago and tested in a number of technological applications, only more recently have they been proposed as biocatalytic tools for the polymer sector [2]. Indeed, a comprehensive review by Gross et al. published in 2010 discussed the potential of a number of hydrolases to catalyze polyester synthesis through condensation of an array of substrates, focusing the attention on the challenges of the biocatalytic technologies. [4] Out of the 30 synthetic processes reviewed by Gross, 21 were catalyzed by Candida antarctica lipase B (CaLB), an industrial biocatalyst already applied in different chemical and pharmaceutical processes. Only two cases reported the use of one single cutinase, namely Humicola insolens cutinase (HiC). In the light of the most relevant advances of the last five years achieved through the application of cutinases to polymer chemistry, we now present an analysis that extends the focus also to the hydrolysis and functionalization of various classes of polyesters and polyamides. The review intends to provide also a critical comparison between CaLB and the fungal cutinases recently applied in polymer chemistry: HiC, cutinase 1 from Thermobifida cellulosilytica (Thc_cut1) and Fusarium solani pisi cutinase (Fsp). For the first time, the biocatalysts are rationally compared also on the basis of structural, computational, and bioinformatics analysis. Finally, a frank analysis of future perspectives for the practical application of these biocatalysts for productive processes is presented.

3. Cutinases as Biocatalysts for Polymerization Reactions

4. Cutinases as Biocatalysts for Polymers Hydrolysis

The ability of some enzymes to hydrolyze polymer molecules is under investigation as a possible solution for the increasing awareness of the world-wide problems associated with plastic pollution since conventional chemical recycling approaches are energy-consuming and cost-intensive methods requiring large-scale degradation processes for an economical application [67]. On the other hand, the ability of enzymes to hydrolyze polymers can be exploited for structural fine-tuning and for controlling the degree of polymer functionalization by operating under mild conditions [57]. The possibility to perform partial hydrolysis on the outer layer of the polymer can be exploited for changing the superficial properties in terms of hydrophobicity/hydrophilicity balance, obtaining reactive groups for successive modifications, and changing the polymer biocompatibility just to name a few [68,69,70].
The ability of some lipases to hydrolyze polyesters has been known since 1967, and among them, the most widely used and studied one is again the lipase B from C. antarctica (CaLB) [2,71]. During the last 10 years, with the aim to expand the biocatalytical tools for polymer hydrolysis and modification, several cutinases have been tested for their ability to hydrolyze polyesters (Table 2).
The scientific work was focused on the hydrolysis of the most relevant industrial polymers, in particular poly(ethylene terephthalate) (PET). Cutinases from various Thermobifida species demonstrated a good selectivity on PET [72,73]. More in detail, cutinases from Thermobifida cellulosilytica, Thermobifida fusca, and Thermobifida alba demonstrated an ability to hydrolyze PET. Even though all these Thermobifida cutinases turned out to be very similar in their sequences, they differed in PET hydrolysis activities. Besides, it is important to notice that products released from PET hydrolysis were shown to have an inhibitory effect on the activity of Thermobifida fusca cutinase [67]. In addition, modeling analysis suggests that the hydrolysis efficiencies among Thermobifida cutinases are influenced by the electrostatic properties in the enzyme regions surrounding the active site entrance, thus affecting the essential sorption processes on the water-insoluble PET [81]. In that respect, with the aim of improving the hydrolytic performances of the cutinase 1 from Thermobifida cellulosilytica against PET, the polyhydroxyalkanoate binding module from Alcaligenes faecalis was fused to the cutinase obtaining a three-fold increase of the PET hydrolysis release products [81]. The validity of such an approach was further confirmed by other mutagenesis experiments where the regions in proximity to the active site of cutinases from Thermobifida fusca and from Fusarium solani pisi were mutated for changing the superficial hydrophobicity: mutants turned out to have improved PET hydrolytic performances [82,83]. Other cutinases able to perform PET hydrolysis are those from Humicola insolens, Thielavia terrestris, Pseudomonas mendocina, and Penicillum citrinum [69,74]. Notably, Humicola insolens cutinase demonstrated high hydrolytic activity due to its stability after prolonged incubation at 70 °C, which corresponds to an optimal hydrolysis temperature, being very close to the Tg of PET. At this temperature, the enzyme benefits from higher mobility of the polyester chains in the amorphous phase, thus increasing the enzyme accessibility to the ester bonds [67]. The most commonly used conditions are enzyme concentrations between 2 and 5 µM and T ranging from 50 to 70 °C, depending on the enzyme thermal stability.
Just a few reports investigate the hydrolysis of different polymers using cutinases. Among them, cutinase 1 from Thermobifida cellulosilytica was able to successfully hydrolyze poly(ethylene furanoate) (PEF), new environmentally-friendly polyesters [78]. The cutinase from Thielavia terrestris was reported to hydrolyze also poly(caprolactone) and poly(butylene succinate) (PBS) at a rate of 203 mg/h per mg of protein, and 56 mg/h per mg of protein, respectively [74]. Hydrolytic activities on PBS were reported also for cutinases from Fusarium solani, from Aspergillus oryzae, from Alternaria brassicicola, and from Humicola insolens [74]. The latter was also reported to be active in the hydrolysis of poly(lactic acid) as well as cutinases from Thermobifida halotolerans [70,77]. Finally, cutinase from Fusarium solani is currently reported as the only cutinase able to hydrolyze Polyamide 6,6 [80].

The polymer industry is under pressure to innovating towards more sustainable processes and enzymes represent a formidable tool for conferring unique targeted properties to polyesters and polyamides, while meeting greener criteria. Nevertheless, the replacement of conventional catalysts and chemical synthetic methodologies with biocatalysts on an industrial scale has not taken place yet, since enzymatic processes require to be further optimized both in terms of economic and technological performances. After more than one decade of extensive investigations of the application of lipase CaLB in polyester/polyamide synthesis and modification, recent studies showed that cutinases are endowed with specific properties that make such enzymes promising biocatalysts for translating lab reactions into processes of practical and industrial relevance.
Computational and bioinformatics investigations disclosed how cutinases represent an enzyme class in between lipases and esterases. Interestingly, the same is also applicable to C. antarctica lipase B, suggesting, for the first time, some criteria for identifying biocatalysts applicable to polyester synthesis and hydrolysis. In the case of cutinases, the wider and more accessible active site, along with differences in terms of substrate specificity efficiency under milder and less strictly anhydrous conditions represent crucial features for succeeding in the hard task of producing highly structured and effective polyesters on industrial scale.
However, when cutinases are compared to lipases and CaLB in particular, it is important to consider that industry has been making wide use of lipases—especially in detergent formulations—for several decades, therefore pushing the scientific research towards the optimization of stability, activity, and expression of these biocatalysts. Similar efforts would be needed for transforming selected promising cutinases into efficient industrial catalysts. The use of cutinases for the mild and controlled hydrolysis and functionalization of polymer surfaces will get closer to an industrial scale when the expression and the selection of the best variants (deriving from rational design or directed evolution) will be optimized and scaled for tailored applications on commercial polymers.
Furthermore, studies are still needed to verify the applicability of cutinases to a wide array of substrates of industrial interest, such as sensitive functionalized moieties for the obtainment of higher-value polymers carrying lateral functionalities, or renewable monomers for the production of biobased polymers for the cosmetic and the pharmaceutical industry where the obtainment of short oligomers is desired in order to be utilized in various formulations (e.g., nano capsules) [84]. Processes catalyzed by enzymes and whole cells will, in the coming years, be major players for global sustainability. In this sense, the industrial need of robust and heterogeneous biocatalysts to be recovered and reused makes immobilization procedures a key step of practical relevance; it is noteworthy that, also in the perspective of substituting petrol-based carriers that are currently on the market, immobilization technologies recently developed with cheap, stable, and renewable rice husks are of particular interest [66].
In conclusion, cutinases represent promising and selective biocatalytic tools for polyester chemistry, but their potentials still need to be fully exploited through an industrially driven perspective. In an industry moving more and more towards a circular economy [85] and an atomic economy where each compound derived from the process needs to be recycled, enzymes and whole cell transformations will, in the coming years, be a major player for global sustainability. 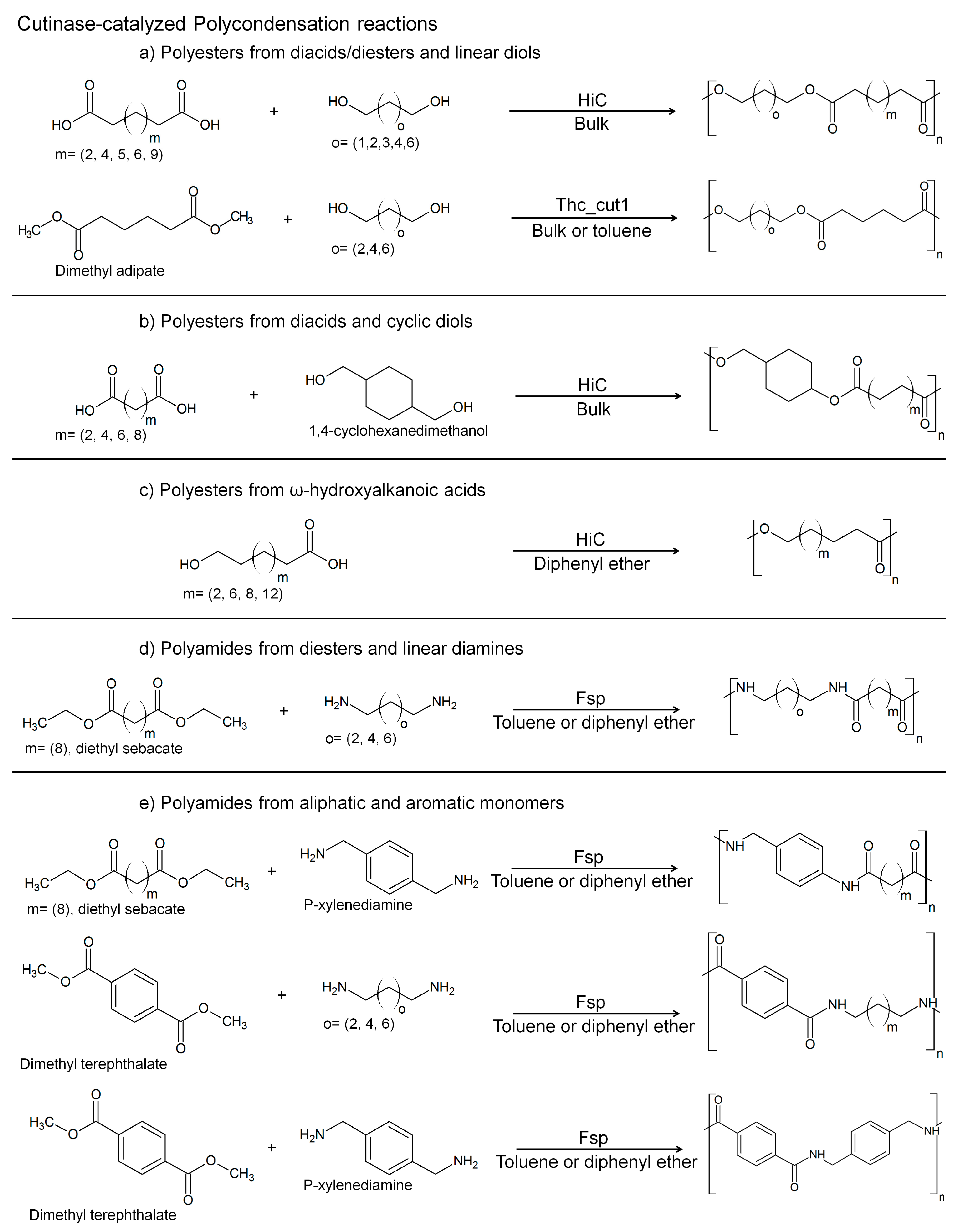 Table 1. Isolated and characterized microbial cutinases. For each entry the microbial source is indicated as well as the molar masses.

Table 2. Polyesters and polyamides that were hydrolyzed via cutinase-catalyzed reactions.