Carbon Xerogel Catalyst for NO Oxidation

Carbon xerogels characterized by different textural, structural and chemical properties were synthesized and used as supports for Pt catalysts for the application in polymer electrolyte fuel cells. Synthesis conditions were varied in order to synthesize carbon xerogels following the sol-gel method. These included the reactants ratio (precursor/formaldehyde), the catalyst concentration (precursor/catalyst ratio) and type (basic and acid), the precursor type (resorcinol and pyrogallol) and the solvent (aqueous or acetone based). Stoichiometric mixtures of resorcinol and formaldehyde yielded well polymerized gels and highly developed structures. Slow gelation, favored by the presence of acetone as solvent in the sol and low catalyst concentration, resulted in higher polymerization extent with a highly mesoporous or even macroporous texture and more ordered structure, as evidenced by XPS and Raman spectroscopy. Small Pt particles of ca. 3.5 nm were obtained by using carbon xerogels characterized by an ordered surface structure. The specific activity towards the oxygen reduction reaction, i.e., the limiting catalytic process in low temperature fuel cells, is significantly favored by highly ordered carbon xerogels due to a metal-support enhanced interaction. Nevertheless, surface defects favor the distribution of the metallic particles on the surface of carbon, which in the end influences the effectiveness of the catalyst. Accelerated degradation tests were conducted to evaluate catalyst stability under potential cycling conditions. The observed decay of performance was considerably lower for the catalysts based on ordered carbon xerogels stabilizing Pt particles in a higher extent than the other xerogels and the commercial carbon black support. View Full-Text
Keywords: carbon; xerogel; platinum; catalyst; oxygen; reduction; reaction carbon; xerogel; platinum; catalyst; oxygen; reduction; reaction
►▼ Show Figures 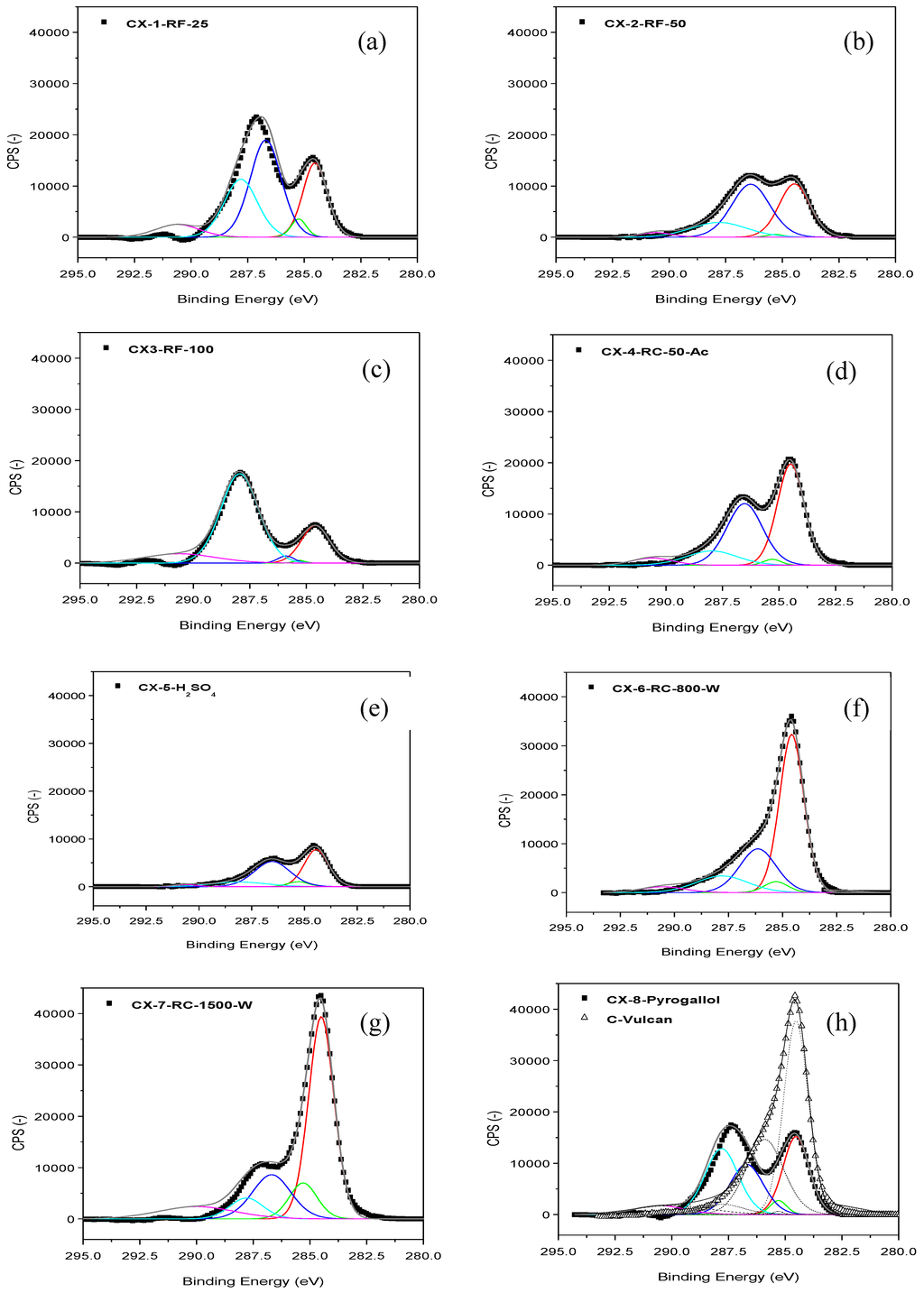