The purpose of this study was to evaluate the efficiency of the Au-TiO2 catalyst in the degradation of nonylphenol polyethylene glycol (NPEG). In the first part of the study, the catalyst was synthesized and characterized. Initially, the catalyst (TiO2 Degussa P-25) was doped with gold precursor salts (HAuCl4) at different concentrations (5, 10, and 15%) and the photodeposition method with UV light. It was determined by diffuse reflectance (DF) and scanning electron microscopy (SEM) that the photodeposition method was effective for the inclusion of gold particles on the surface. The catalyst band gap showed a reduction to 2.9 e.v (compared to TiO2 Degussa P-25), and it was observed that the gold-doped catalyst showed absorption in the visible light range 500 to 600 nm. The percentage of deposited gold was determined by energy dispersive spectroscopy (EDS). In the second part of the study, various NPEG degradation experiments were performed; with the catalyst that showed the best conversion percentages of NPEG, the experimental data were analyzed using UV-Vis spectrophotometry and TOC (total organic carbon). With these results, a carbon-based mass balance and reaction kinetics were generated using the Langmuir–Hinshelwood (L–H) heterogeneous catalysis model. For the estimation of the kinetic constants, the non-linear regression of the Levenger–Marquardt algorithm was used. With these results, kinetic models of the degradation of the molecule and the generation and consumption of organic intermediate products (OIPs) were generated. View Full-Text
Keywords: photocatalytic degradation; ethoxylated alkylphenols; gold titanium catalyst photocatalytic degradation; ethoxylated alkylphenols; gold titanium catalyst
►▼ Show Figures 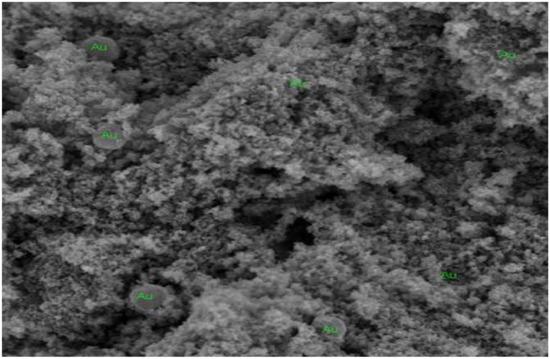