Details of the experimental design and setting can be found in Dulleck et al. [13]. The Queensland University of Technology Faculty Research Ethics Advisory Board reviewed the experiment, confirming that it met the requirements of the National Statement on Ethical Conduct in Human Research. The experiment was conducted with a design structure that closely followed other laboratory studies on tax compliance. We will only focus on two main aspects of the Dulleck et al. experiment [13], namely the voluntary income tax reporting decision based on the percentage of earned income declared and the response time during the income declaration, to explore response times in this study. As the emphasis here is on the response time, we are not interested in any particular features of the experiment, such as treatments variations or parameters used in the experiment. For example, the experiment included a public good structure, where the total tax paid by individuals in a group was increased by a factor before being equally redistributed among the group (see, [24,25,26,27]). We will use a “brute force” approach in the regression analysis using group fixed effects to deal with potential variations in response time due to such heterogeneity (i.e., intercept for each of the 45 experimental groups of four participants). We are also not interested in exploring how the response times are linked to any individual experiences throughout the experiment such as being audited or fined6. The dynamics of the experiment are controlled for with time fixed effects (i.e., intercept for each of the 16 experimental rounds).
Figure 1 shows income tax reporting. Participants received income, declared their income to an experimental “tax authority”, and then paid taxes on the declared income received in each of the 16 rounds. Tax compliance is measured as the proportion of income declared (ratio of declared to actual income). The response time (in seconds) is measured from the moment participants saw the declaration screen until they pressed the okay button. Therefore, we interchangeably use the word response time with declaration time. Participants were not informed that response time was recorded, nor was response time mentioned in the experiment design or instruction. It should be noted that the subjects did not face any time constraints when making the income declaration (endogenously arising response time). This could mean that participants at the extreme level of compliance or non-compliance respond quickly, not because they decide more intuitively, but rather because the decision is an easier one for them to make. Fast responses are also fast mistakes due to not paying attention or lacking motivation [19]. However, Recalde et al. [19] point out that the concern regarding errors is greater in one-shot interactions and, in addition, we will show that we obtain the same results throughout all the rounds in the experiment.
It should also be noted that we chose to use the data from Dulleck et al. [13] due to the reliable quality of the measurement of the response time. The problem is that computer-based experiments are prone to variation that is caused by network traffic issues that can affect the time recording of events, such as when a screen with the information is visible to the participants. Dulleck et al. [13] isolated the laboratory network from the university and assigned its own subnet to reduce such a problem. The recording discrepancy was reduced to less than six milliseconds.

In general, our goal was to show what we can be learned on response times in a tax compliance setting. Future studies could check the robustness of our results. In particular, it would be beneficial to report data from various tax compliance experiments to provide more robust insights as the response time tends to be a noisy variable [11]. Future studies could also test tax declaration decisions that require more decision time (by reporting, e.g., not only income but also deductions), so as to increase the average response time.

We thank the Editor and two anonymous referees for helpful remarks and suggestions. 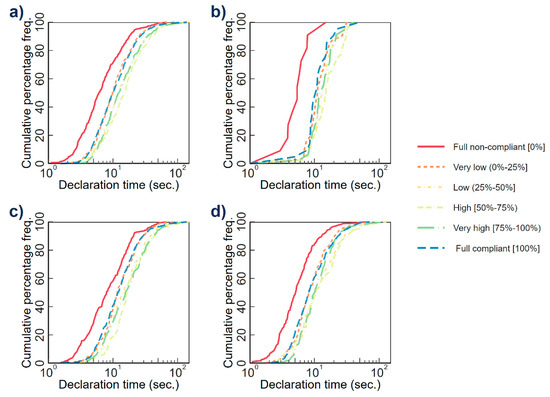 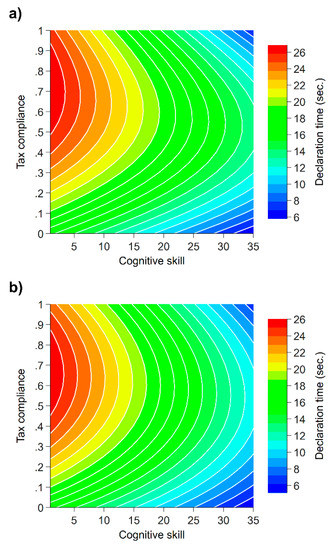 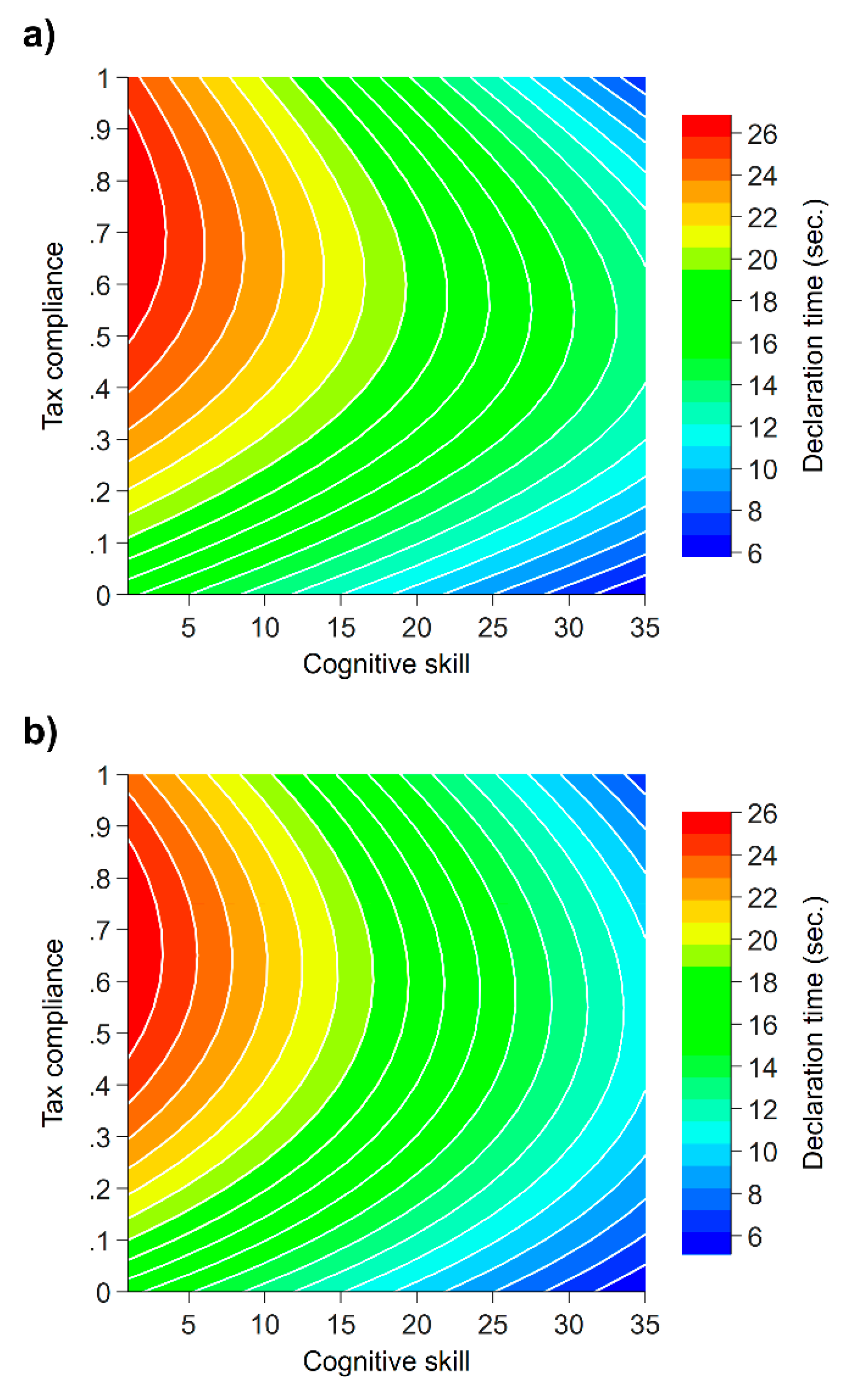