Currently, the following applications of the theory of cellular automata are known: symmetric encryption, data compression, digital image processing and some others. There are also studies suggesting the possibility of building a public key system based on cellular automata, but this problem has not been solved. The purpose of the study is to develop an algorithm for hiding and encoding data blocks based on a fragmented identifier of information processed on the basis of cellular automata in the scale of binary data streams using an original method containing an public parameter in the conversion key. A mathematical model of the formation of unique data characteristics is considered, based on the use of patterns that determine the individual neighborhood of elements in cell encryption. A multi-threaded computing scheme has been developed for processing confidential data using the single-key method with a public parameter based on cellular automata and using data segmentation. To study individual chains in data blocks, a software module has been developed that allows one to evaluate the uniformity of information distribution during encryption. A variant of estimating the distribution of bits is proposed that indirectly reflects the cryptographic strength of the method. Based on the developed theoretical principles, a software module is synthesized that implements a transformation rule that takes into account the individual neighborhood of the processed element on the basis of a cellular automata. Experimental studies have shown that this modification made it possible to increase the speed of the method by up to 13 percent due to segmentation and the possibility of parallel processing of the original matrix, as well as to increase cryptographic strength due to the use of a unique chain of pseudo-random neighborhood (hereinafter referred to as PRN) defined by the transformation key. At the same time, it was possible to maintain uniformity of distribution of the output chain at the bit level and to ensure that the number of inversions was included in the confidence interval. View Full-Text
Keywords: fragmented matrix; data bit chain; high-speed processing; cellular automata; information protection; data segment fragmented matrix; data bit chain; high-speed processing; cellular automata; information protection; data segment
►▼ Show Figures 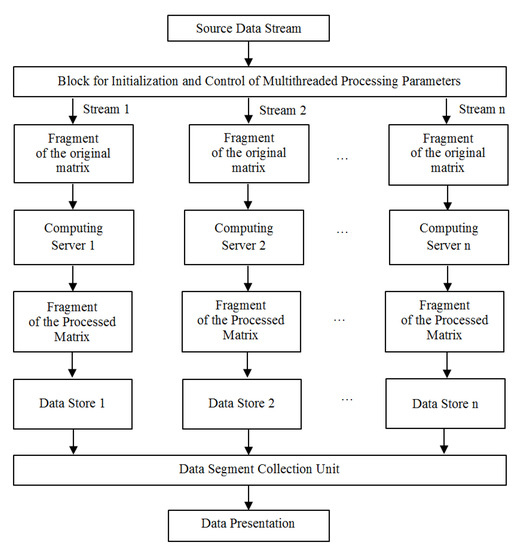 Kuleshova, E.; Marukhlenko, A.; Dobritsa, V.; Tanygin, M. Formation of Unique Characteristics of Hiding and Encoding of Data Blocks Based on the Fragmented Identifier of Information Processed by Cellular Automata. Computers 2020, 9, 51.


Kuleshova E, Marukhlenko A, Dobritsa V, Tanygin M. Formation of Unique Characteristics of Hiding and Encoding of Data Blocks Based on the Fragmented Identifier of Information Processed by Cellular Automata. Computers. 2020; 9(2):51.


Kuleshova, Elena; Marukhlenko, Anatoly; Dobritsa, Vyacheslav; Tanygin, Maxim. 2020. "Formation of Unique Characteristics of Hiding and Encoding of Data Blocks Based on the Fragmented Identifier of Information Processed by Cellular Automata." Computers 9, no. 2: 51.