IP Spoofing In and Out of the Public Cloud: From Policy to Practice
Previous Article in Journal

Design and Implementation of SFCI: A Tool for Security Focused Continuous Integration

Software security is a component of software development that should be integrated throughout its entire development lifecycle, and not simply as an afterthought. If security vulnerabilities are caught early in development, they can be fixed before the software is released in production environments. Furthermore, finding a software vulnerability early in development will warn the programmer and lessen the likelihood of this type of programming error being repeated in other parts of the software project. Using Continuous Integration (CI) for checking for security vulnerabilities every time new code is committed to a repository can alert developers of security flaws almost immediately after they are introduced. Finally, continuous integration tests for security give software developers the option of making the test results public so that users or potential users are given assurance that the software is well tested for security flaws. While there already exists general-purpose continuous integration tools such as Jenkins-CI and GitLab-CI, our tool is primarily focused on integrating third party security testing programs and generating reports on classes of vulnerabilities found in a software project. Our tool performs all tests in a snapshot (stateless) virtual machine to be able to have reproducible tests in an environment similar to the deployment environment. This paper introduces the design and implementation of a tool for security-focused continuous integration. The test cases used demonstrate the ability of the tool to effectively uncover security vulnerabilities even in open source software products such as ImageMagick and a smart grid application, Emoncms. View Full-Text
Keywords: analysis tools; continuous integration; software security; testing analysis tools; continuous integration; software security; testing
►▼ Show Figures 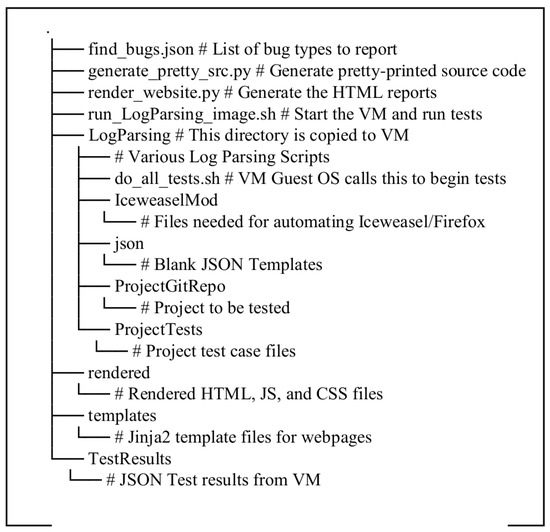