The Role of Neutrophil Myeloperoxidase in Models of Lung Tumor Development

Kirkwood A. Pritchard Jr. 4 and

Chronic inflammation plays a key tumor-promoting role in lung cancer. Our previous studies in mice demonstrated that neutrophils are critical mediators of tumor promotion in methylcholanthrene (MCA)-initiated, butylated hydroxytoluene (BHT)-promoted lung carcinogenesis. In the present study we investigated the role of neutrophil myeloperoxidase (MPO) activity in this inflammation promoted model. Increased levels of MPO protein and activity were present in the lungs of mice administered BHT. Treatment of mice with N-acetyl lysyltyrosylcysteine amide (KYC), a novel tripeptide inhibitor of MPO, during the inflammatory stage reduced tumor burden. In a separate tumor model, KYC treatment of a Lewis Lung Carcinoma (LLC) tumor graft in mice had no effect on tumor growth, however, mice genetically deficient in MPO had significantly reduced LLC tumor growth. Our observations suggest that MPO catalytic activity is critical during the early stages of tumor development. However, during the later stages of tumor progression, MPO expression independent of catalytic activity appears to be required. Our studies advocate for the use of MPO inhibitors in a lung cancer prevention setting. View Full-Text
Keywords: neutrophils; myeloperoxidase; KYC; lung; tumor neutrophils; myeloperoxidase; KYC; lung; tumor
►▼ Show Figures 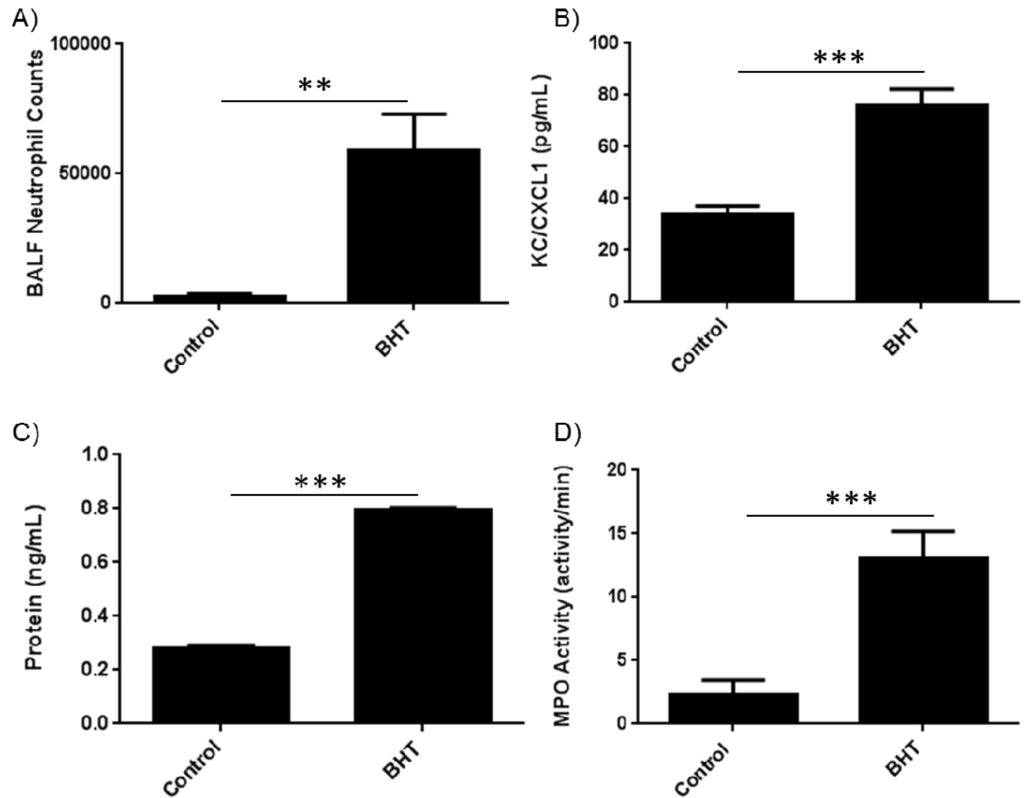