Alterations of 5-Hydroxymethylcytosine in Human Cancers
Previous Article in Journal

Role of Topoisomerases in Pediatric High Grade Osteosarcomas: TOP2A Gene Is One of the Unique Molecular Biomarkers of Chemoresponse
Previous Article in Special Issue

Colorectal cancer (CRC) develops through a multistage process that results from the progressive accumulation of genetic mutations, and frequently as a result of mutations in the Wnt signaling pathway. However, it has become evident over the past two decades that epigenetic alterations of the chromatin, particularly the chromatin components in the promoter regions of tumor suppressors and oncogenes, play key roles in CRC pathogenesis. Epigenetic regulation is organized at multiple levels, involving primarily DNA methylation and selective histone modifications in cancer cells. Assessment of the CRC epigenome has revealed that virtually all CRCs have aberrantly methylated genes and that the average CRC methylome has thousands of abnormally methylated genes. Although relatively less is known about the patterns of specific histone modifications in CRC, selective histone modifications and resultant chromatin conformation have been shown to act, in concert with DNA methylation, to regulate gene expression to mediate CRC pathogenesis. Moreover, it is now clear that not only DNA methylation but also histone modifications are reversible processes. The increased understanding of epigenetic regulation of gene expression in the context of CRC pathogenesis has led to development of epigenetic biomarkers for CRC diagnosis and epigenetic drugs for CRC therapy. View Full-Text
Keywords: colorectal cancer; DNMT; HDAC; HMTase; epigenetic therapy colorectal cancer; DNMT; HDAC; HMTase; epigenetic therapy
►▼ Show Figures 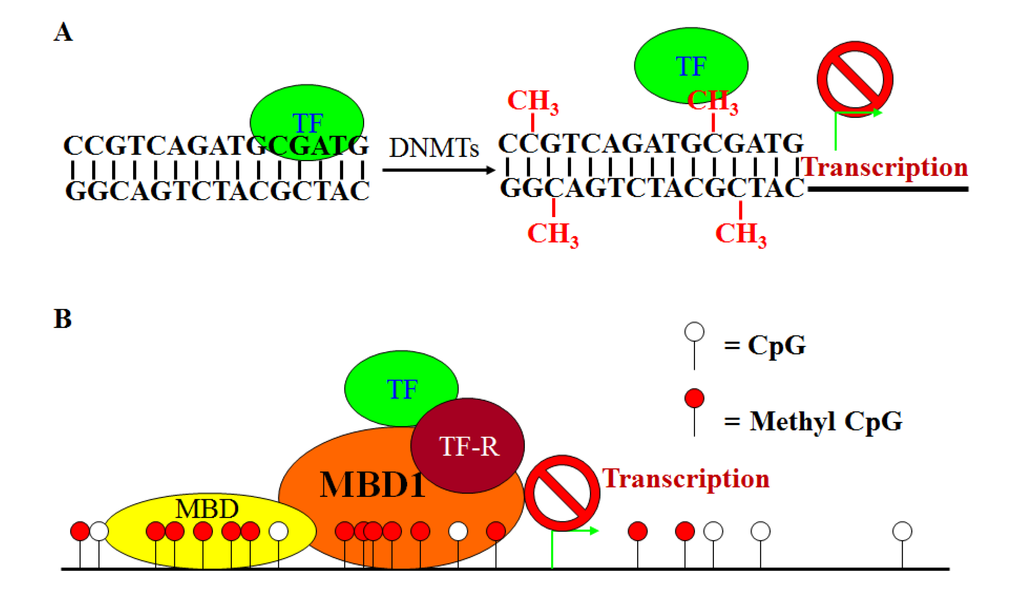