Cisplatin as an Anti-Tumor Drug: Cellular Mechanisms of Activity, Drug Resistance and Induced Side Effects
Previous Article in Special Issue

Colon cancer is one of the most common malignant diseases and a major cause of mortality in the Western world. Metastasis to lymph nodes and other gastrointestinal organs, especially to the liver and lungs, is most common and occurs in up to 25% of cancer patients when initially diagnosed. The majority of colon cancers develop from noncancerous adenomatous polyps on the lining of the colon which grow over the years to become cancerous. If detected early, the surgical resections of the growth, often in combination with chemotherapy, significantly increases life expectancy. We have shown that the enzyme N-myristoyltransferase (NMT) which carries out lipid modification of several proteins (including many of those involved in oncogenesis) is expressed at higher levels in cancerous tissues from the colon. We have also shown that in peripheral blood mononuclear cells (PBMC) and bone marrow (BM) cells collected from colon cancer patients and from azoxymethane-induced rats the expression and localization of NMT is altered. We have observed strong positivity for NMT in immunohistochemical analysis for PBMC from colon cancer patients as compared to control groups. Furthermore, in the bone marrow (BM) mononuclear cells, NMT was found to be confined to the nuclei whereas in control groups it was observed to be located in the cytoplasm. In conclusion, this strikingly differential localization offers the basis of a potential investigational tool for screening or diagnosis of individuals at risk for or suspected of having colon cancer. View Full-Text
Keywords: colon cancer; human adenocarcinoma; N-myristoyltransferase; protein myristoylation colon cancer; human adenocarcinoma; N-myristoyltransferase; protein myristoylation
►▼ Show Figures 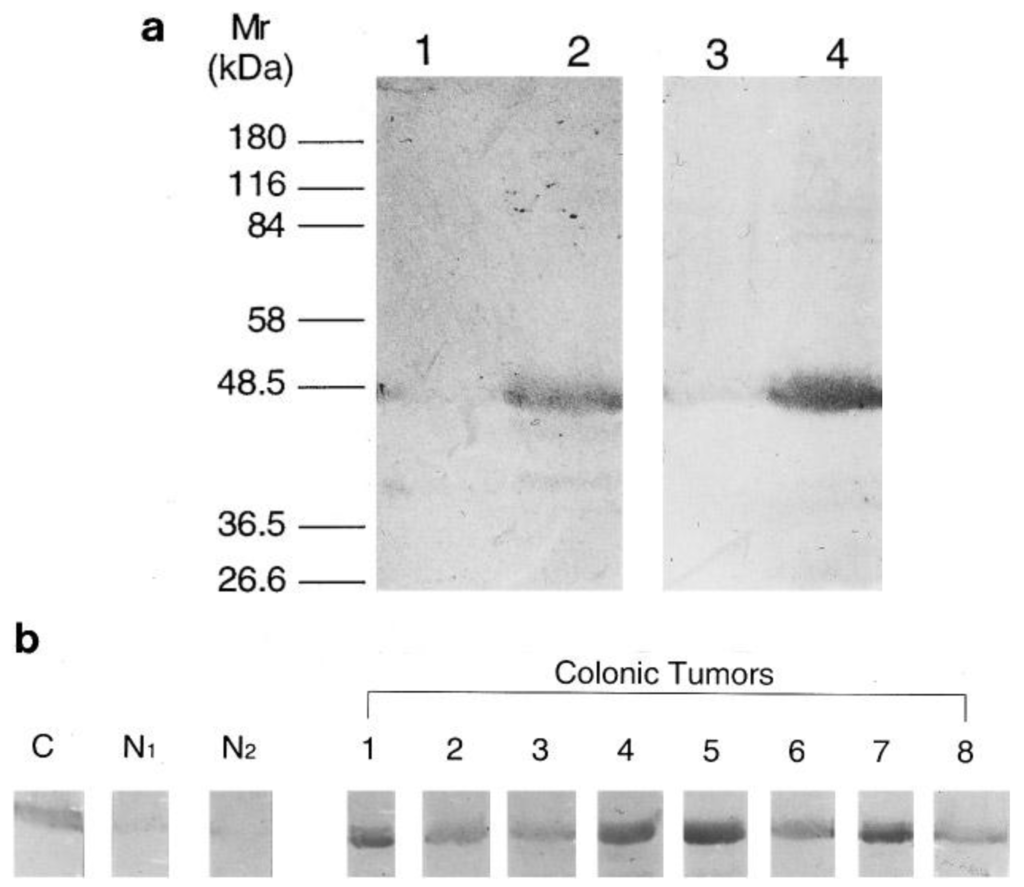