Pathological Response in the Breast and Axillary Lymph Nodes after Neoadjuvant Systemic Treatment in Patients with Initially Node-Positive Breast Cancer Correlates with Disease Free Survival: An Exploratory Analysis of the GeparOcto Trial

NanoString Digital Molecular Profiling of Protein and microRNA in Rhabdomyosarcoma

NanoString digital profiling methods are novel techniques to identify biologic markers from human formalin-fixed, paraffin-embedded cancer tissue. We have applied NanoString Digital spatial profiling and microRNA profiling methods in non-alveolar rhabdomyosarcoma, a common soft tissue tumor in young adults and children with variable prognosis. Our results have highlighted aberrant miRNA expression and over-expression of several members of PI3-AKT, MAPK and apoptosis signaling pathways in fusion-negative rhabdomyosarcoma, particularly in tumors with unfavorable prognosis. INPP4B, an entry molecule in the PI3/AKT pathway, was significantly over-expressed in tumors with poor prognosis, confirmed by traditional immunohistochemistry. Several microRNAs had increased expression in association with poor patient prognosis. These results highlight the utility of NanoString digital profiling as a screening method to identify prognostic biomarkers of interest in rhabdomyosarcoma from formalin-fixed paraffin-embedded tissue. 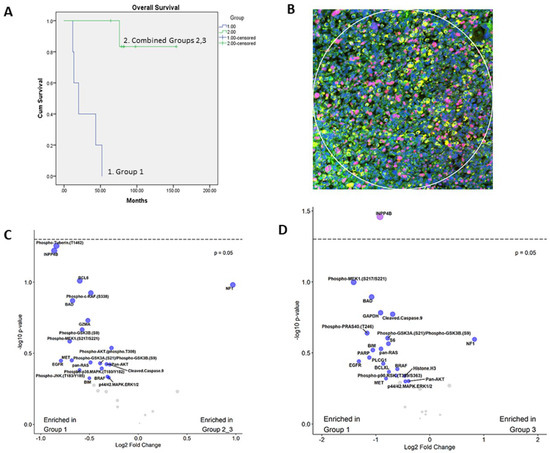