Subversion of Niche-Signalling Pathways in Colorectal Cancer: What Makes and Breaks the Intestinal Stem Cell

Colorectal cancer (CRC) is one of the leading causes of cancer mortality; it typically originates as adenomas that progress over time to carcinomas. We decided to investigate the accumulation of numerous genomic alterations during tumour progression by using a mouse model with three different targetable alleles that can be found in human colorectal cancers. We conclude that the rate of accumulation of SNSs is higher in transformed compared to non-transformed cells, and that it is unaffected by the number of cancer-driver genes that are active in the tumour. 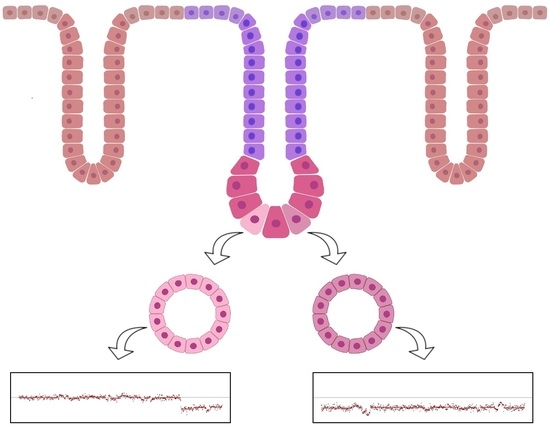