Oesophageal Adenocarcinomas: Where Do We Stand Today?
Previous Article in Journal

It is well established that ovarian cancer “runs in families”, where ovarian and other cancers (commonly breast cancer) occur at early ages at onset and in multiple generations. After decades of genetic studies, rare high-risk genetic mutations in cancer susceptibility genes and over 40 common genetic variants with much smaller risks have been identified. However, based on familial studies, we know that additional heritable genetic risk factors exist. It is possible that epigenetic variation—differences in how DNA is read, and which genes are actively expressed (or not) —also contributes to ovarian cancer susceptibility. This review summarizes the current collection of epidemiological studies that have investigated the role of DNA methylation—one type of epigenetic mechanism—in the risk of ovarian cancer. 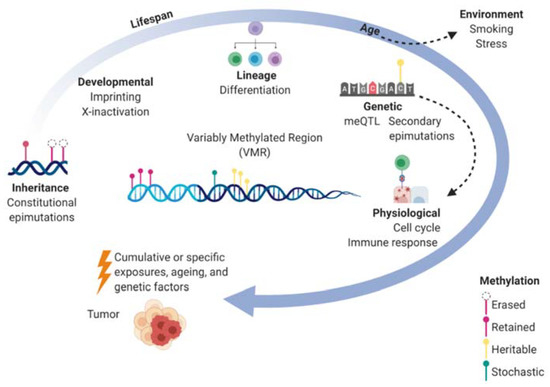