The Crosstalk between Tumor Cells and the Microenvironment in Hepatocellular Carcinoma: The Role of Exosomal microRNAs and Their Clinical Implications
Next Article in Special Issue

Senescence and Cancer: Role of Nitric Oxide (NO) in SASP
Previous Article in Journal

For the past two decades, cellular senescence has been recognized as a central component of the tumor cell response to chemotherapy and radiation. Traditionally, this form of senescence, termed Therapy-Induced Senescence (TIS), was linked to extensive nuclear damage precipitated by classical genotoxic chemotherapy. However, a number of other forms of therapy have also been shown to induce senescence in tumor cells independently of direct genomic damage. This review attempts to provide a comprehensive summary of both conventional and targeted anticancer therapeutics that have been shown to induce senescence in vitro and in vivo. Still, the utility of promoting senescence as a therapeutic endpoint remains under debate. Since senescence represents a durable form of growth arrest, it might be argued that senescence is a desirable outcome of cancer therapy. However, accumulating evidence suggesting that cells have the capacity to escape from TIS would support an alternative conclusion, that senescence provides an avenue whereby tumor cells can evade the potentially lethal action of anticancer drugs, allowing the cells to enter a temporary state of dormancy that eventually facilitates disease recurrence, often in a more aggressive state. Furthermore, TIS is now strongly connected to tumor cell remodeling, potentially to tumor dormancy, acquiring more ominous malignant phenotypes and accounts for several untoward adverse effects of cancer therapy. Here, we argue that senescence represents a barrier to effective anticancer treatment, and discuss the emerging efforts to identify and exploit agents with senolytic properties as a strategy for elimination of the persistent residual surviving tumor cell population, with the goal of mitigating the tumor-promoting influence of the senescent cells and to thereby reduce the likelihood of cancer relapse. View Full-Text
Keywords: senescence; cancer; cancer therapy; reversibility; dormancy; recurrence; senolytic senescence; cancer; cancer therapy; reversibility; dormancy; recurrence; senolytic
►▼ Show Figures 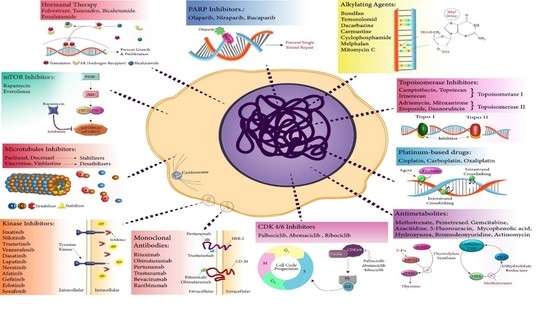