The radial spatial positioning of individual gene loci within interphase nuclei has been associated with up- and downregulation of their expression. In cancer, the genome organization may become disturbed due to chromosomal abnormalities, such as translocations or deletions, resulting in the repositioning of genes and alteration of gene expression with oncogenic consequences. In this study, we analyzed the nuclear repositioning of HLXB9 (also called MNX1), mapping at 7q36.3, in patients with hematological disorders carrying interstitial deletions of 7q of various extents, with a distal breakpoint in 7q36. We observed that HLXB9 remains at the nuclear periphery, or is repositioned towards the nuclear interior, depending upon the compositional properties of the chromosomal regions involved in the rearrangement. For instance, a proximal breakpoint leading the guanine-cytosine (GC)-poor band 7q21 near 7q36 would bring HLXB9 to the nuclear periphery, whereas breakpoints that join the GC-rich band 7q22 to 7q36 would bring HLXB9 to the nuclear interior. This nuclear repositioning is associated with transcriptional changes, with HLXB9 in the nuclear interior becoming upregulated. Here we report an in cis rearrangement, involving one single chromosome altering gene behavior. Furthermore, we propose a mechanistic model for chromatin reorganization that affects gene expression via the influences of new chromatin neighborhoods. View Full-Text
Keywords: genome organization; radial positioning; chromosome deletion; HLXB9 gene; MNX1 gene; chromosome 7; leukemia genome organization; radial positioning; chromosome deletion; HLXB9 gene; MNX1 gene; chromosome 7; leukemia
►▼ Show Figures 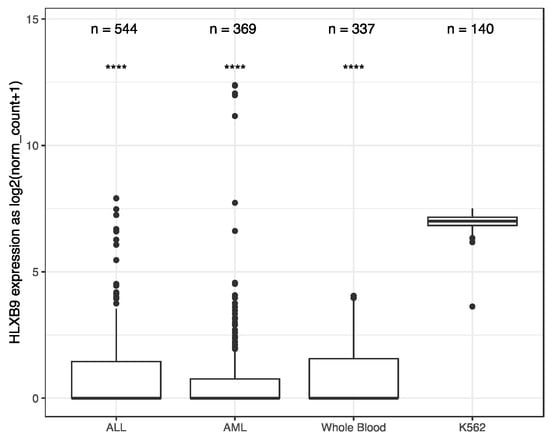