The Potential Pathogenic Contributions of Endothelial Barrier and Arterial Contractile Dysfunction to Shock Due to B. anthracis Lethal and Edema Toxins

Shock with B. anthracis infection is particularly resistant to conventional cardiovascular support and its mortality rate appears higher than with more common bacterial pathogens. As opposed to many bacteria that lack exotoxins directly depressing hemodynamic function, lethal and edema toxin (LT and ET respectively) both cause shock and likely contribute to the high lethality rate with B. anthracis. Selective inhibition of the toxins is protective in infection models, and administration of either toxin alone in animals produces hypotension with accompanying organ injury and lethality. Shock during infection is typically due to one of two mechanisms: (i) intravascular volume depletion related to disruption of endothelial barrier function; and (ii) extravasation of fluid and/or maladaptive dilation of peripheral resistance arteries. Although some data suggests that LT can produce myocardial dysfunction, growing evidence demonstrates that it may also interfere with endothelial integrity thereby contributing to the extravasation of fluid that helps characterize severe B. anthracis infection. Edema toxin, on the other hand, while known to produce localized tissue edema when injected subcutaneously, has potent vascular relaxant effects that could lead to pathologic arterial dilation. This review will examine recent data supporting a role for these two pathophysiologic mechanisms underlying the shock LT and ET produce. Further research and a better understanding of these mechanisms may lead to improved management of B. anthracis in patients. View Full-Text
Keywords: B. anthracis; shock; endothelial permeability; arterial contractile dysfunction B. anthracis; shock; endothelial permeability; arterial contractile dysfunction
►▼ Show Figures 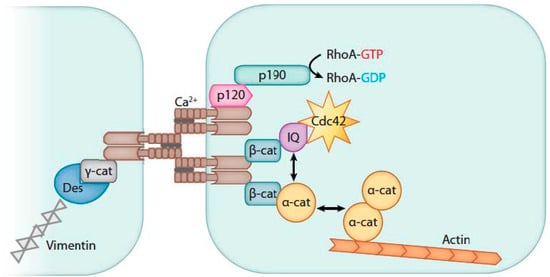