Three Peptide Modulators of the Human Voltage-Gated Sodium Channel 1.7, an Important Analgesic Target, from the Venom of an Australian Tarantula
Previous Article in Journal

August B. Smit 2 and

The 5-HT3 receptor is a ligand-gated ion channel, which is expressed in the nervous system. Its antagonists are used clinically for treatment of postoperative- and radiotherapy-induced emesis and irritable bowel syndrome. In order to better understand the structure and function of the 5-HT3 receptor, and to allow for compound screening at this receptor, recently a serotonin binding protein (5HTBP) was engineered with the Acetylcholine Binding Protein as template. In this study, a fluorescence enhancement assay for 5HTBP ligands was developed in plate-reader format and subsequently used in an on-line microfluidic format. Both assay types were validated using an existing radioligand binding assay. The on-line microfluidic assay was coupled to HPLC via a post-column split which allowed parallel coupling to a mass spectrometer to collect MS data. This high-resolution screening (HRS) system is well suitable for compound mixture analysis. As a proof of principle, the venoms of Dendroapsis polylepis, Pseudonaja affinis and Pseudonaja inframacula snakes were screened and the accurate masses of the found bioactives were established. To demonstrate the subsequent workflow towards structural identification of bioactive proteins and peptides, the partial amino acid sequence of one of the bioactives from the Pseudonaja affinis venom was determined using a bottom-up proteomics approach. View Full-Text
Keywords: 5-HT3 receptor; 5HTBP; high-resolution screening; snake venoms; nano-LC-MS 5-HT3 receptor; 5HTBP; high-resolution screening; snake venoms; nano-LC-MS
►▼ Show Figures 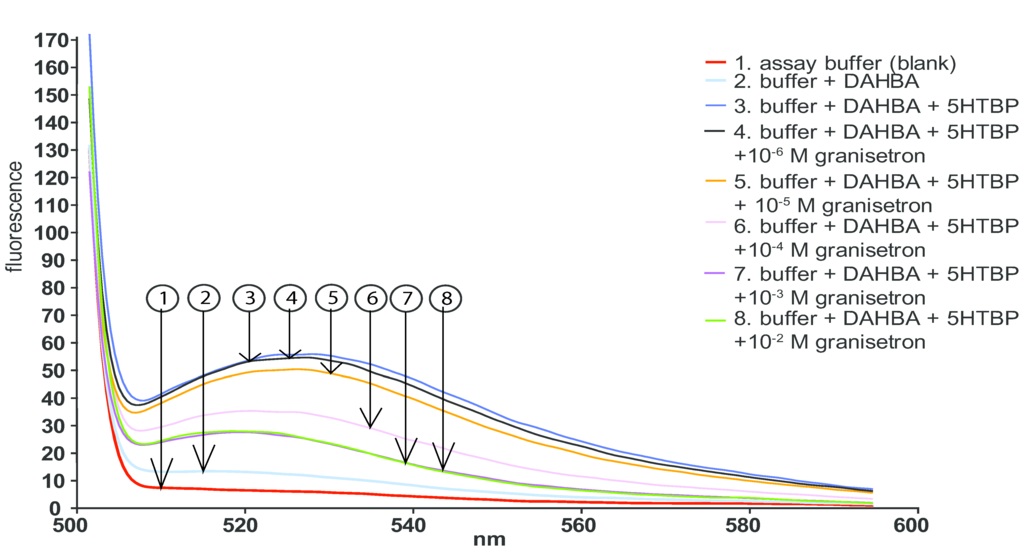