Parasporin-4 (PS4) is an aerolysin-type β-pore-forming toxin produced by Bacillus thuringiensis strain A1470. It exhibits specific cytotoxicity against human cancer cell lines; therefore, it is expected to be useful for the diagnosis and treatment of particular types of cancer cells. We examined the acute toxicity of PS4 on ICR mice. The LD50 value was 160 μg/kg by a subcutaneous route. Potassium, ammonium, magnesium ion, creatinine, and urea nitrogen decreased in urine by the injection of PS4. Simultaneously, creatinine and urea nitrogen in mice serum increased. These results imply that PS4 impairs kidney function in mice. PS4 is obtained from Pro-parasporin-4 (ProPS4) by processing, and ProPS4 is produced by recombinant Escherichia coli as the inclusion body. The inclusion body of ProPS4 can be solubilized in a weak acid solution and activated by pepsin, implying that it would be solubilized and activated in the stomach of mammals after oral administration. Thus, the influence of the oral administration of it by C57BL/6J mice was examined. Although ProPS4 was activated to PS4 in the mouse digestive tract, any serious health hazard was not observed and there was no significant difference in body weight change. View Full-Text
Keywords: Bacillus thuringiensis; Bt toxin; parasporin; mouse; kidney Bacillus thuringiensis; Bt toxin; parasporin; mouse; kidney
►▼ Show Figures 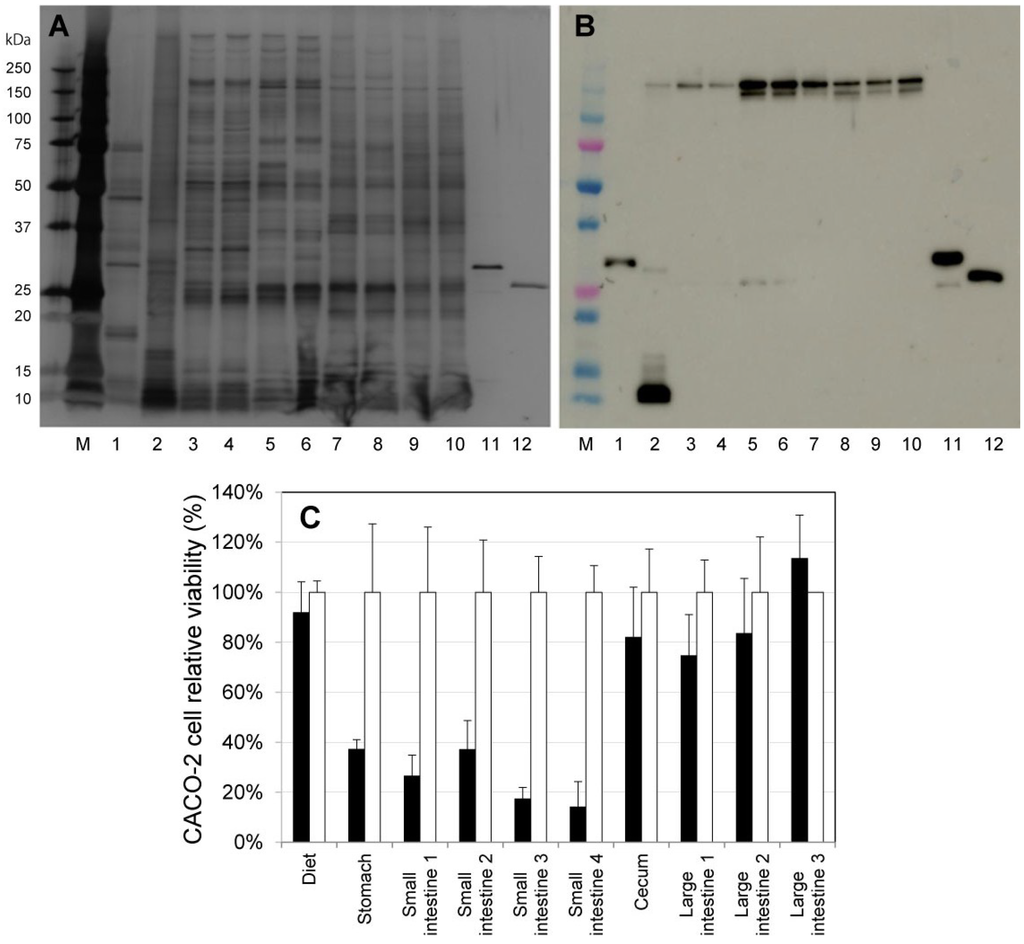