The E. coli CNF1 as a Pioneering Therapy for the Central Nervous System Diseases
Next Article in Special Issue

Neurological Disorders in a Murine Model of Chronic Renal Failure

Methylglyoxal (MG), one of the uremic toxins, is a highly reactive alpha-dicarbonyl compound. Recent clinical studies have demonstrated the close associations of cognitive impairment (CI) with plasma MG levels and presence of kidney dysfunction. Therefore, the present study aims to examine whether MG is a direct causative substance for CI development. Eight-week-old male Sprague-Dawley (SD) rats were divided into two groups: control (n = 9) and MG group (n = 10; 0.5% MG in drinking water), and fed a normal diet for 12 months. Cognitive function was evaluated by two behavioral tests (object exploration test and radial-arm maze test) in early (4–6 months of age) and late phase (7–12 months of age). Serum MG was significantly elevated in the MG group (495.8 ± 38.1 vs. 244.8 ± 28.2 nM; p < 0.001) at the end of study. The groups did not differ in cognitive function during the course of study. No time-course differences were found in oxidative stress markers between the two groups, while, antioxidants such as glutathione peroxidase and superoxide dismutase activities were significantly increased in the MG group compared to the control. Long-term MG administration to rats with normal kidney function did not cause CI. A counter-balanced activation of the systemic anti-oxidant system may offset the toxicity of MG in this model. Pathogenetic significance of MG for CI requires further investigation. View Full-Text
Keywords: cerebro-renal interaction; methylglyoxal; cognitive impairment; chronic kidney disease cerebro-renal interaction; methylglyoxal; cognitive impairment; chronic kidney disease
►▼ Show Figures 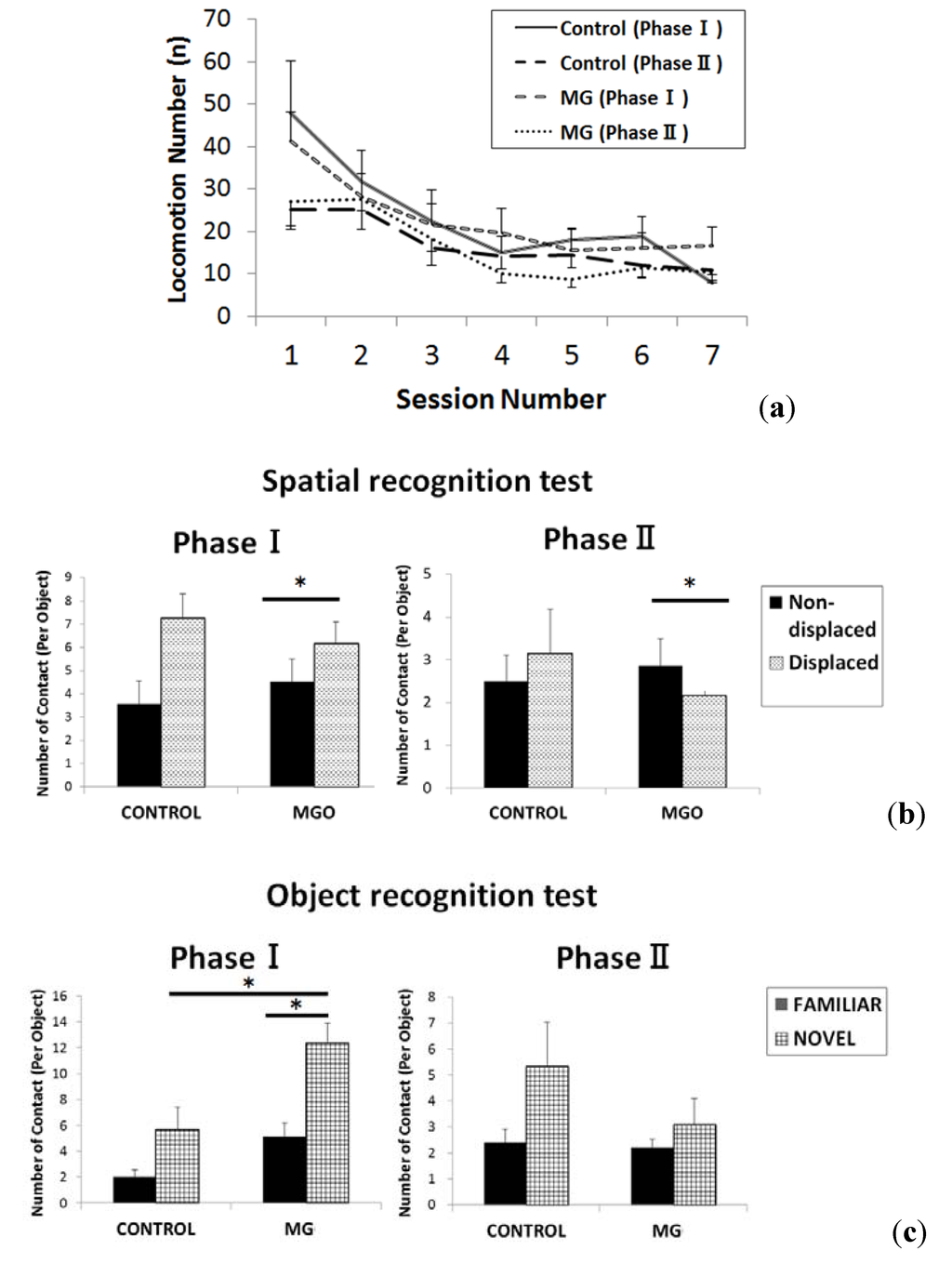