The Interactions of Human Neutrophils with Shiga Toxins and Related Plant Toxins: Danger or Safety?
Previous Article in Special Issue

Over 10,000 arthropod species are currently considered to be pest organisms. They are estimated to contribute to the destruction of ~14% of the world’s annual crop production and transmit many pathogens. Presently, arthropod pests of agricultural and health significance are controlled predominantly through the use of chemical insecticides. Unfortunately, the widespread use of these agrochemicals has resulted in genetic selection pressure that has led to the development of insecticide-resistant arthropods, as well as concerns over human health and the environment. Bioinsecticides represent a new generation of insecticides that utilise organisms or their derivatives (e.g., transgenic plants, recombinant baculoviruses, toxin-fusion proteins and peptidomimetics) and show promise as environmentally-friendly alternatives to conventional agrochemicals. Spider-venom peptides are now being investigated as potential sources of bioinsecticides. With an estimated 100,000 species, spiders are one of the most successful arthropod predators. Their venom has proven to be a rich source of hyperstable insecticidal mini-proteins that cause insect paralysis or lethality through the modulation of ion channels, receptors and enzymes. Many newly characterized insecticidal spider toxins target novel sites in insects. Here we review the structure and pharmacology of these toxins and discuss the potential of this vast peptide library for the discovery of novel bioinsecticides. View Full-Text
Keywords: spider venom; peptide; insecticidal; bioinsecticides; cystine knot; pest control spider venom; peptide; insecticidal; bioinsecticides; cystine knot; pest control
►▼ Show Figures 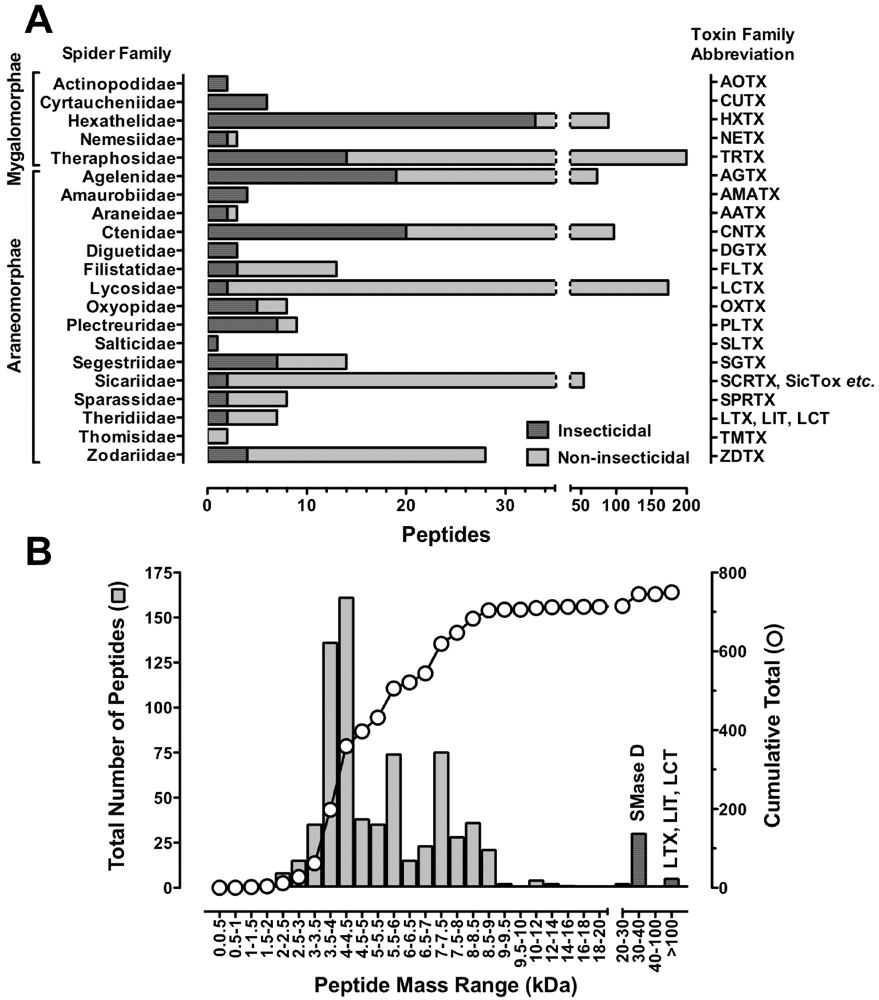