Developing Resistance to Aflatoxin in Maize and Cottonseed

At this time, no “magic bullet” for solving the aflatoxin contamination problem in maize and cottonseed has been identified, so several strategies must be utilized simultaneously to ensure a healthy crop, free of aflatoxins. The most widely explored strategy for the control of aflatoxin contamination is the development of preharvest host resistance. This is because A. flavus infects and produces aflatoxins in susceptible crops prior to harvest. In maize production, the host resistance strategy has gained prominence because of advances in the identification of natural resistance traits. However, native resistance in maize to aflatoxin contamination is polygenic and complex and, therefore, markers need to be identified to facilitate the transfer of resistance traits into agronomically viable genetic backgrounds while limiting the transfer of undesirable traits. Unlike maize, there are no known cotton varieties that demonstrate enhanced resistance to A. flavus infection and aflatoxin contamination. For this reason, transgenic approaches are being undertaken in cotton that utilize genes encoding antifungal/anti-aflatoxin factors from maize and other sources to counter fungal infection and toxin production. This review will present information on preharvest control strategies that utilize both breeding and native resistance identification approaches in maize as well as transgenic approaches in cotton. View Full-Text
Keywords: Aspergillus flavus; aflatoxin resistance; host resistance; marker-assisted breeding; transgenic cotton; maize Aspergillus flavus; aflatoxin resistance; host resistance; marker-assisted breeding; transgenic cotton; maize
►▼ Show Figures 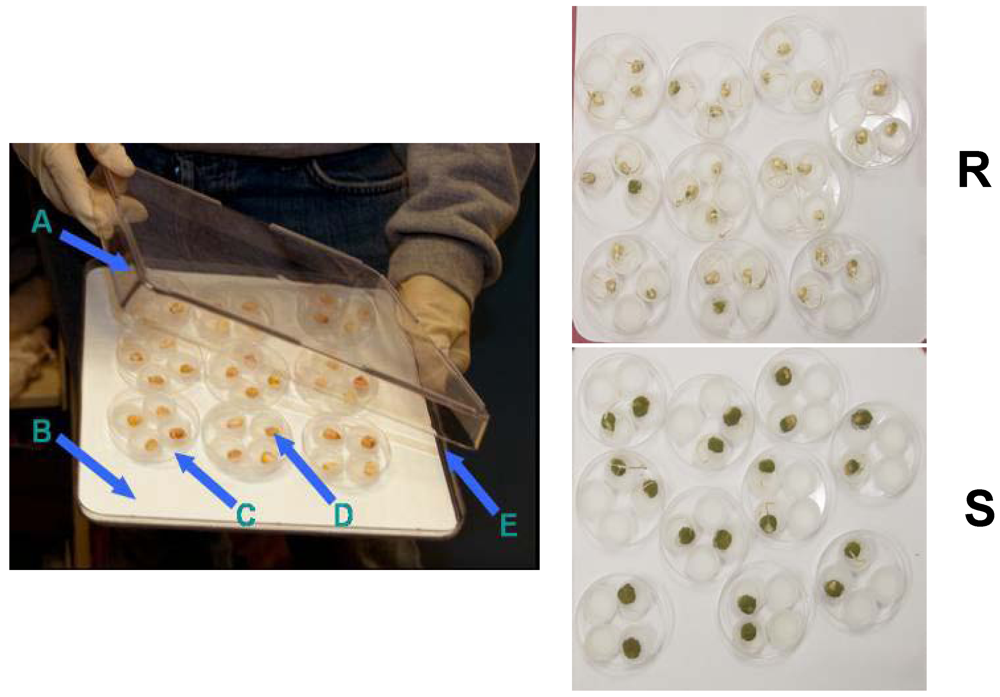