Role of Fungicides, Application of Nozzle Types, and the Resistance Level of Wheat Varieties in the Control of Fusarium Head Blight and Deoxynivalenol
Previous Article in Journal

The Fusarium graminearum species complex (FGSC) is a group of mycotoxigenic fungi that are the primary cause of Fusarium head blight (FHB) of wheat worldwide. The distribution, frequency of occurrence, and genetic diversity of FGSC species in cereal crops in South America is not well understood compared to some regions of Asia, Europe and North America. Therefore, we examined the frequency and genetic diversity of a collection of 183 FGSC isolates recovered from wheat grown during multiple growing seasons and across a large area of eastern Argentina, a major wheat producing region in South America. Sequence analysis of the translation elongation factor 1−α and β-tubulin genes as well as Amplified Fragment Length Polymorphism (AFLP) analyses indicated that all isolates were the FGSC species F. graminearum sensu stricto. AFLP analysis resolved at least 11 subgroups, and all the isolates represented different AFLP haplotypes. AFLP profile and geographic origin were not correlated. Previously obtained trichothecene production profiles of the isolates revealed that the 15-acetyldeoxynivalenol chemotype was slightly more frequent than the 3-acetyldeoxynivalenol chemotype among the isolates. These data extend the current understanding of FGSC diversity and provide further evidence that F. graminearum sensu stricto is the predominant cause of FHB in the temperate main wheat-growing area of Argentina. Moreover, two isolates of F. crookwellense and four of F. pseudograminearum were also recovered from wheat samples and sequenced. The results also suggest that, although F. graminearum sensu stricto was the only FGSC species recovered in this study, the high level of genetic diversity within this species should be considered in plant breeding efforts and development of other disease management strategies aimed at reducing FHB. View Full-Text
Keywords: Fusarium Head Blight; AFLP; translation elongation factor 1−α; β-tubulin; deoxynivalenol; 3-acetyldeoxynivalenol; 15-acetyldeoxynivalenol Fusarium Head Blight; AFLP; translation elongation factor 1−α; β-tubulin; deoxynivalenol; 3-acetyldeoxynivalenol; 15-acetyldeoxynivalenol
►▼ Show Figures 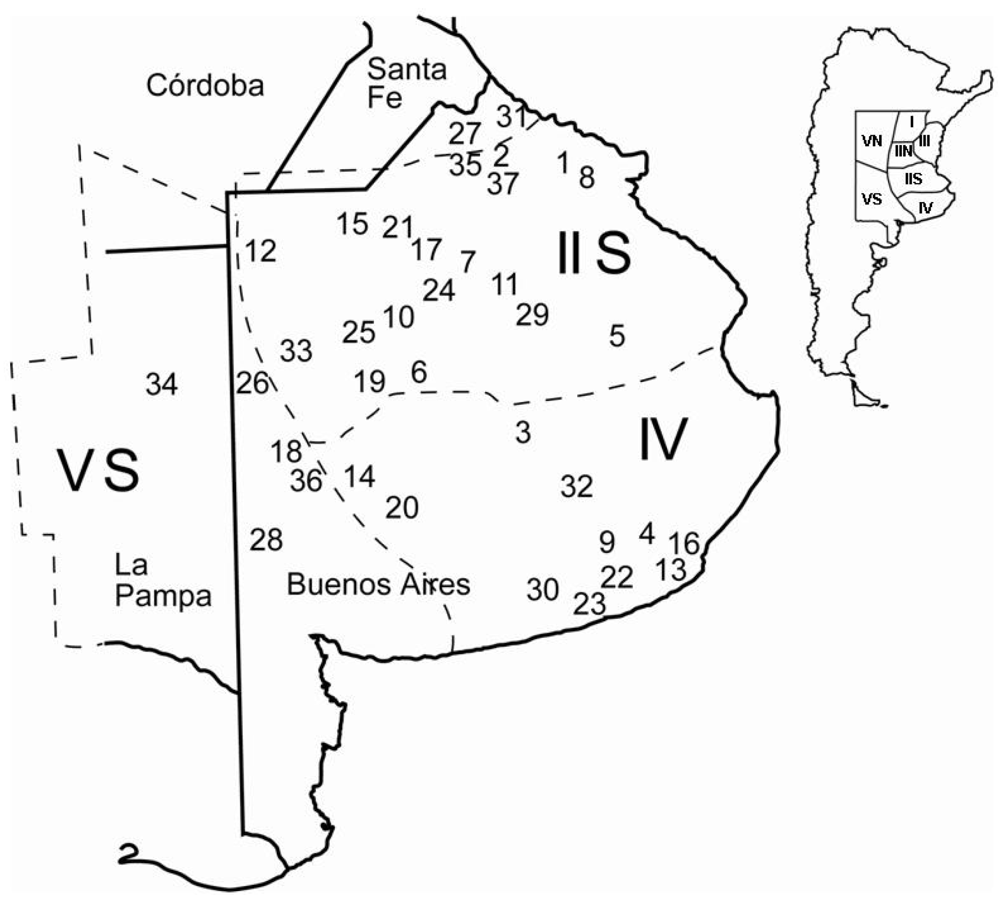